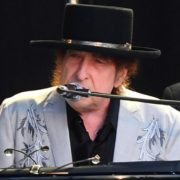 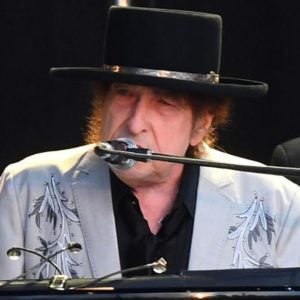 May 24, 2021 will be a day to remember—the day Bob Dylan turned 80 years old.  Back in 1961, when he first blew into New York town in the freezing winter, who would have imagined that this 20 year old kid from Hibbing, Minnesota would go on to become the premiere folk and white blues singer of the 1960s, then the greatest songwriter in America, then be elected to the American Academy of Arts and Letters, and eventually win the Nobel Prize in Literature?  He was just happy to be in Greenwich Village—with other members of his generation who were drawn to it like Woody Guthrie and Pete Seeger had been in the 1940s—coming back from World War Two—in which they both served honorably.

Dylan would go on from being the inheritor of Woody’s mantle to the inventor of folk rock—then transform himself into a Christian from a Jew and back again, even owning a synagogue—and evolve into the best interpreter of Frank Sinatra and the Great American Songbook, and all the while keep adding to his ever-expanding songbook of original songs—until one found that his own body of work rivaled the Unabridged Webster’s Dictionary in size and weight.  I know because I reviewed it—and bought my own copy.

From his early coffeehouse days to his “Third, Fourth and Fifth Never-Ending Tour” one kept discovering new things in his work—and I kept reviewing each show I was thrilled to see. Who but Bob would have succumbed to his love of baseball by doing several seasons’ worth of shows at minor league ballparks throughout America—bringing his fans out with him to every corner of this great land?  He didn’t just play the big cities—the I Love LA and I Left My Heart in San Francisco and New York New York circuit—but the small towns like those from which he came—and which inspired one of his early great songs—Girl From the North Country.  Dylan was always true to himself—every step of the way—as he kept “Walking Down the Line.”

And like every great troubadour he saved the best for last—Rough and Rowdy Ways—his homage to Jimmie Rodgers—released just this last year in 2020—with his first Number 1 Hit Song—Murder Most Foul—his profound lament for assassinated president John F. Kennedy, a seventeen-minute masterpiece that may finally be the answer to his early When I Paint My Masterpiece. Like his early Blonde on Blonde—where for the first time in record history his love song Sad-eyed Lady of the Lowlands took up all of Side Four—so does this exquisitely-crafted lament for JFK take up all of the second CD —which had been on his mind for many years before he finally wrote it.

So Happy 80th Birthday, Bob Dylan! And in your own magnificent words, may you stay Forever Young. The last show I was counting on hearing you were forced to cancel due to the pandemic—at the Hollywood Bowl last year in March.  As you were eloquent enough to write in your triumphant early masterpiece, A Hard Rain’s A-Gonna Fall—and it sure did. Be well, and stay safe, and thanks for the memories.

Ross Altman has a PhD in Modern Literature from SUNY-Binghamton (1973); belongs to Local 47 (AFM0; he’s president of the Santa Monica Traditional Folk Music Club; he’s a staff writer for FolkWorks;  Ross may be reached at greygoosemusic@aol.com