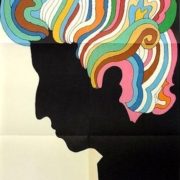 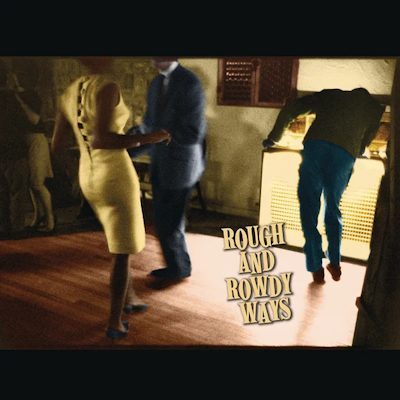 Sing of Sherman, Montgomery and Scott
And of Zhukov, and Patton, and the battles they fought
Who cleared the path for Presley to sing
Who carved the path for Martin Luther King
Who did what they did and they went on their way
Man, I could tell their stories all day (Mother of Muses)

Things have changed all over again for our Nobel Prize Winner in Literature—the antiwar champion of “Masters of War” has finally “outlived his life” (his words, not mine) and has some new heroes to celebrate in his brand new and 39th studio album—Rough and Rowdy Ways.

“I just want you to know I can see through your masks,” and “Even Jesus would never forgive what you do,” he told the original masters of war. But that was then—this is now. Dylan turned 79 years old this past May 24th, and it’s no longer 1963, and the Vietnam War ended in 1975. So he’s gone back to World War Two and before that to the Civil War—when wars were deemed necessary and even good. So, Sherman’s march to the sea—his scorched earth march through Georgia–was one of those stories he “could tell all day.” And indeed, Marching Through Georgia is one of the 70 some songs that comes up again in his epic recounting of the Kennedy Assassination on the stand alone second disk, Murder Most Foul.

This is the song that was released first, ahead of the rest of the album, on March 27, 2020 the longest song in Dylan’s oeuvre—at 16 minutes and 56 seconds. And what do you know—it turned out to be his first Number 1 hit song, recorded by himself. It’s a jewel of a song, a Bob Dylan (“When I Paint My”) Masterpiece. It’s one of the glories of English Literature, a triumph of imagination.

The next song to be released was the first song on the main disk: I Contain Multitudes. It’s inspired by Walt Whitman’s Song of Myself. He hearkens back to the classics—both English and American: “Got a tell-tale heart like Mr. Poe,” in the second verse, and “I sing the songs of experience like William Blake,” in the fourth. He also identifies with the symbol of the Holocaust, Anne Frank, but rather jarringly puts her right next to “Indiana Jones, and them British bad boys, the Rolling Stones.” (He saves the Beatles for the aftermath of JFK’s assassination.) And then in the sixth verse he ends with Beethoven (during his upcoming 250th anniversary) and Chopin’s Preludes— “I contain multitudes.” He also echoes this line in the last song, Murder Most Foul, for one of the castaway references to the long line of songs he ends with is Beethoven’s Moonlight Sonata. We are in new territory here—call it Bob Dylan’s world—and welcome to it. There is no other world quite like it, even on his previous albums.

And the third song to have been released before the album came out was False Prophet. Having spent the better part of the 60’s denying that he was a prophet, here Dylan wants to affirm that nether is he a false prophet. He just “knows what he knows.” He salutes his fellow artist Rick Nelson with Hello Mary Lou, and later on turns back the clock to the Carter Family—Mother Maybelle, AP and his wife Sara Carter with Hello Stranger. Add them to Jimmie Rodgers’ title My Rough and Rowdy Ways from 1929 and you have a clear sense of where Dylan draws his inspiration from—even though you would be hard-pressed to justify it from either the lyrics or the blues melodies in the songs themselves.

But then, open up the record, and look at that amazing inside cover black and white photo from Bristol, Tennessee—where Rodgers met the Carter family in 1927 for the Bristol sessions. That’s where and when Country Music began—the so-called “Big Bang”—July 27-August 5, 1927, when Ralph Peer, the A&R man for the Victor Talking Machine Company went down south to collect songs for their northern listeners. The very first artists he met up with were Jimmie Rodgers and the Carter family. And the rest is history.

“The enemy of the unlived meaningless life,” echoes the memorable line from Socrates, “The unexamined life is not worth living.” But then, by the end of the verse he brings us forward 2000 years to Roy Orbison’s Only the lonely. From Ancient Greece to the 1950s—how does he get there? In the next song— My Own Version of You—he tells us:

I can see the history of the whole human race
It’s all right there, it’s carved into your face

This is an imposing, ambitious record—“What would Julius Caesar do?” he asks at one point—though not in “Crossing the Rubicon,” where you would expect Dylan to be thinking about Caesar. He studies “Sanskrit and Arabic” to improve his mind—he’s not afraid of testing his limits. Remember when Dylan was content to follow Jesus? Those days seem far behind. Now he wonders about:

Where the Trojan women and children are sold into slavery,
…Way back ‘fore England or America were made.

The release date was June 19—which would have been the day after his previously scheduled concert at the Hollywood Bowl. Normally I would have bought tickets for the show as soon as I saw it announced—but as everyone knows, these aren’t normal times. So I waited to see whether Covid-19 would rear its ugly head and the Bowl would cancel its season. Bob had already cancelled his tour of Japan. Sure enough—Hollywood too. So I started to meditate on the significance of that release date—the date of the Rosenberg execution in 1953. What a perfect time to finally release his long-lost song Julius and Ethel, recorded for the Infidels sessions in 1983—the 30th anniversary of the execution–but never released. But as he usually does—Bob had other things on his mind. When I finally was able to see the track list, Julius and Ethel wasn’t on it. They were all new songs, as you’ve no doubt heard.

There was a long New York Times Interview the week before, “Dylan Has a Lot On His Mind,” but not the Rosenbergs. As it turned out, he did have Ginsberg on his mind:

I was born on the wrong side of the railroad track
Like Ginsberg, Corso and Kerouac…

From the same penultimate song and place:

History Street off Mallory Square
Truman had his White House there,

I wish he had mentioned that Truman dropped the Bomb on Hiroshima and Nagasaki, yet another Master of War:

“Those were the days, my friend/We thought they’d never end’” when someone once told us that “The answer was blowing in the wind,” when his life was just starting out.

You can still find that Dylan too, as I did recently, at the 2nd Time Around record store in Santa Monica. I went there first to see if they had Rough and Rowdy Ways yet (they told me they would have the vinyl version in July). So, while I was there I picked up a second-hand copy of the Bootleg Series of Dylan’s 1964 concert at Philharmonic Hall in New York City. It reminded me of why I still cared and why he still matters—the second disk has Bob Dylan and Joan Baez singing (in perfect harmony) With God On Our Side, the perfect complement to Masters of War. Thank God for records, where Dylan stays Forever Young. 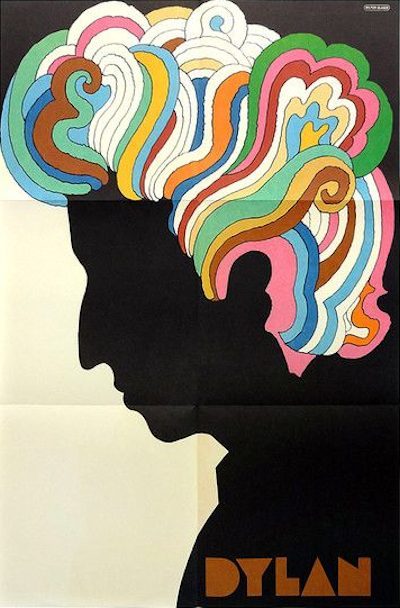