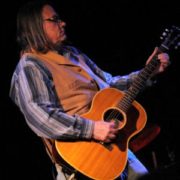 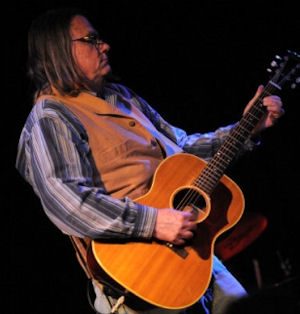 I try to keep things cutting edge, to be a real pioneer. That’s why I recently started writing songs to existing or altered tracks. Paul Simon has done a lot of this, even back in the Graceland days. He’s just a lot more cutting edge than I am. About 36 years more cutting edge, apparently.

This started out easily enough. I was working on the arrangement of an old blues song, and the singer kept warning me that I was playing the song too fast. I went home and found my broken metronome. Uh oh. But I remembered that I had pulled just the drum tracks from a country demo I had done a year or so ago. Maybe one of those drum tracks would work as a practice metronome. One of the drum tracks was for a bluegrass/country ballad, but the drummer had put a nice almost New Orleans feel to the percussion. The track was just the speed I needed, and the song sounded great with the Naw’lins beat. We kept it in the final mix.

I did another demo for the same country band, and I loved all the tracks, but especially one for Tulsa Time. The electric guitarist had played “off” the rhythm of acoustic rhythm guitars, so when I dropped the acoustic guitars, the electric guitar had a cool, Keith Richards’ vibe. We cut and pasted another verse and chorus of the drum, bass and electric tracks. I took the tracks home and almost immediately was able to go through my idea book (actually just a file on the computer these days) and construct a quite decent song. Of course there are limitations because you have to stay somewhat in the confines of the original tracks. You have to erase the original melody out of your head, and this is usually the hardest part. In this case, it’s a two chord song with a bluesy influence. I wrote a new song with two chords and a bluesy influence, but it is not reminiscent of Tulsa Time. Part of the fun of this project was the speed to completion. Since you already have the tracks in hand, it was more based on what to cut out. I only added another electric guitar, playing off the rhythm of the original electric. Recorded the vocals, did a harmony and mixed. Instant song.

For my latest trek into Frankensteinland, I “inherited” a new song that was composed of a funky electronic drum track, bass and two or three electric guitar tracks. I played three acoustic guitar parts based on the electric guitar parts. The original author had played a funky bass track. A couple of weeks went by and he said he couldn’t get anywhere with the song and I could use the tracks. We pulled out the electric guitar tracks, and I worked on a melody and lyrics. The construction of the song was odd, with more measures in the first verse than the second or third. We did a bit of cut and paste to make things a bit more regular. Around this time I was listening to a compilation CD of artists interpreting George Harrison’s songs. When I started writing I noticed that I was going in a rather East Indian mode with some of the melody. I wrote a melody and lyrics (again delving into the ideas file) and recorded the vocal. I did some harmonies and tried to emulate some Beatle harmonies. For the crowning touch, I enticed a friend of mine who is an adept East Indian percussionist to play on the song, thereby eliminating the electronic drum track and also compounding the George Harrison influence. The next step is mixing, and adding in as many Beatle-esque effects as possible. Let me take you down…

Of course the possibilities are endless. Re-using tracks, writing new songs to old tracks, borrowing instruments or percussion from one track to add to another. And it adds a whole new element to the idea of recycling. Keep in mind I’m espousing using your own tracks or tracks you own. It’s not fair to harvest from others.

But as cool as recorded music can be, live music is best. Go out and see someone perform, enjoy yourself and drive carefully. Try to eat a balanced diet.