WRITE WHAT YOU KNOW… OR NOT 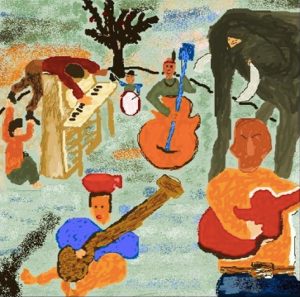 One of the apparent cornerstones of good advice on writing is to stick to what you know. In the world of songwriting, this unfortunately has often spawned “ME” songs, where the writer shares personal and/or intimate details of their usually failed relationships. Or perhaps songs about “being on the road.” These topics work well for some folks, but drive others to consider acts of violence. Quality and listenability can range from Brian Wilson’s Take a Load off Your Feet to Dan Hill’s Sometimes When We Touch.

You don’t have to look too far to find examples of songs written by people who have not personally experienced the subject matter. Bob Dylan did not ride the rails, and his hardscrabble Greenwich Village persona was more fiction than fact. But some of those early songs are now standards and help define the era. So what if he really didn’t play with Big Joe Williams?

Some of the most memorable pop songs about the American South come from writers who really only knew the mythical South. Although they had not grown up in the South, or live there, certain writers captured the mystical American essence. Canadian Robby Robertson was able to take stories told by fellow Band member Levon Helm’s Arkansas family and his visits to Helm’s homeland into amazingly cogent depictions such as The Night They Drove Old Dixie Down or Up On Cripple Creek.

Many music lovers found it impossible to believe that Creedence Clearwater Revival were not from the bayou regions. John Fogerty’s imagery was so vivid and cinematic that the listener was drawn into his tales of mojo and Spanish moss. Although I am sure that subject matter abounds in the general Oakland area Fogerty hails from, his work that evokes the South is among his most successful.

So don’t be afraid to tackle topics such as footwear or haircuts. Despite what Shirley Collins and Bob Dylan think, there aren’t too many songs already. And the good news is that sometimes good new songs displace bad old songs in our collective consciousness.

Pay for the music that you listen to, support venues that provide live music, and remain calm in emergencies. All things must pass, including the good stuff.

WRITE WHAT YOU KNOW… OR NOT