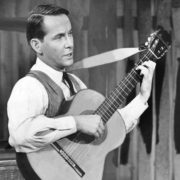 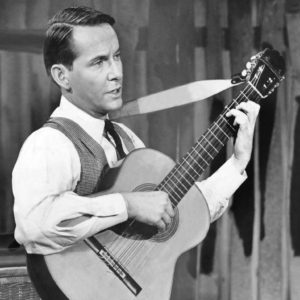 This is a personal story. I first discovered Will Holt at a midnight concert in Greenwich Village. I think the year was 1958. I’m not sure. Close to that at least.  Midnight concerts were fairly common in the mid to late fifties at the time. The small theaters that dotted the Village would conclude their regular evening fare of plays and entertainment (Tennessee Williams, Ibsen…those folks), theater sets were pushed off to the sides of the stage, and the doors were opened to the growing crowd of late-night fans who were hungry for the new wave of folk music that was slowly coming to life in ‘The Village’.  It was there as a young college student that I would venture on a Friday or Saturday night to listen to folks like Will Geer, Brownie and Sonny, newly forming folk music groups like The Tarriers (Alan Arkin singing tenor), The Tunetellers (Mary Travers singing lead). The menu of music was taken mostly from the great American songbook that was rapidly unfolding at the time. This was before the big commercial folk music groups had taken hold of the nation’s interest. Greenwich Village was transitioning from the Kerouac/Ginsberg culture to the music that was being unearthed by the Lomax family in the deep south and brought to the city where eager young folks like myself greedily absorbed it and did our best to continue its tradition. We’d gather in Washington Square on Sunday afternoons to share our booty of new songs from Alabama, Texas and Appalachia.

But this is not about that music. That raw representation of America’s musical heritage was the backdrop.

Often on those heady nights in those tiny fifty-seat theaters where we’d sit and listen to our musical heroes, a young Will Holt stepped up to the stage, nylon strung guitar in hand, and a different kind of music filled the room. True, his signature composition, the song “Lemon Tree” (a song that was inspired by the Brazilian song, “Meu limão meu limoeiro”, originally written in 1930), had earned him plenty of notice among the folk crowd, and a few newly formed groups were singing the song as part of their regular repertoire, Will Holt was clearly a different animal than whom we had all become used to hearing. While I’m on the subject, I remember hearing him sing a song written in 1948 by Jacqueline Steiner and Bess Hawes about a guy named Charlie, who rode a train in Boston and could never get off because he didn’t have the required fare. I’m sure we all know which song is being referred to here, but I can swear I heard it long before The Kingston Trio made it a national laugh.

The above video is from a performance at a Hootenanny Show on national television where I had the honor of sharing the stage with Will sometime in February of 1964 when The New Christy Minstrels performed at Fordham University with him.

Here, below, is Will singing Lemon Tree at that show as well.

Back to the late 1950s and The Circle In The Square Theater in Greenwich Village: The previous acts (guitars, banjos, hearty folk songs, blues – mostly dressed in what you could call ‘working class clothing’ – jeans, work shirts, would end their sets and Will Holt would take the stage. His presence always lifted us to the expectation of something more sophisticated than what we had been hearing. Suit and tie. Always. His guitar technique was sophisticated and multi-colored. He sang music from sources like ‘Three Penny Opera’ while fingering chords that we folkies had never seen before. I would watch the folkies in the room (along with me) trying to memorize the chord positions as Holt’s hands grabbed the neck of his guitar in positions that would have made an orthopedic surgeon take notes. Then he would launch into semi-classical ballads like  ‘When The World Was Young’ (Ah, the Apple Trees) composed by Philippe-Gérard and with English lyrics by Johnny Mercer. His deft classical guitar training easily maneuvering chords we young folkies would watch with fascination, knowing that we must have missed those guitar lessons and could never do that.

I admit here that I had never heard Kurt Weil before I listened to Holt, so when he’d launch into a song like ‘Alabama Song’, written in 1929 by Weill and Bertolt Brecht, my eyes widened at the sweet dissonance I was listening too, and my eyes would bulge at the finger busting stretches on the neck of his classical guitar as he sang these classics effortlessly. Holt is credited with having translated much of Weill and Brecht’s songs into english.

It’s my hope that this article might spur a renewed interest in this multi-talented writer and performer. His roots reach back to his early studies in Aspen under the tutelage of Richard Dyer-Bennett. In 1950, when performance folk-music in the United States was just taking its baby breaths, young Will Holt took his music, hitched it to his motorcycle, and toured Europe. Will Holt’s career led him to Broadway where he was awarded a Tony for a show he penned. From there to Hollywood and continued success. Much more about him and his accomplishments can easily be found in simple internet searches.  The purpose of this article is to introduce folks who know little of him and to invite them to taste what his talent had to offer. I hope what you have read so far will lead you to continue the journey into this talented early folk singer’s journey.

Will Holt passed away in 2015 of Alzheimer’s Disease.

Epilogue:
My experience in listening to him so long ago inspired me to explore my own music and look beyond it to the vast horizons of world music and how to translate it with my hands and my voice. Perhaps someone reading this will put their instrument down for a minute and explore the possibilities that lie beyond the serene simplicity of our own musical heritage. This chronicle is a humbly submitted peek through the eyes of a young college freshman who wandered into a street-corner theater in Greenwich Village in the mid-fifties when the world was young and found a new world.  At least to him it was.

A mid '50s peek at, and retrospective of an emerging artist