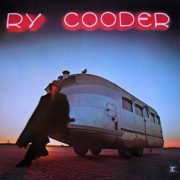 WHO YOU ARE AND HOW YOU GOT THERE 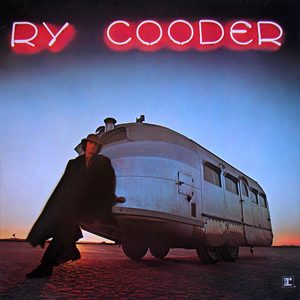 In my career as a “folk musician” I have sometimes been compared in print to other more widely known artists. Three that come to mind are Jerry Garcia, Peter Case and Steve Goodman. The first two were comparisons to my singing voice, and Mr. Goodman as someone whose delivery was similar. This of course is pretty high cotton. I guess I hear elements of all three in what I do. I don’t think I really sound like any other artist. My wife has disagreed and says I sound like Levon Helm. Wish I did, but since the Helms were from a spot about an hour away from my family’s home in Arkansas, I understand the accent thing. I did have an uncle who lived closer to the Helms and I often thought his speaking voice and Levon’s were very similar.

Recently I was watching a taped performance of the great Tom Rush. It would be rather conceited of me to compare myself to such a folk icon, but I thought I heard and saw a couple of things that I apparently have lifted from Mr. Rush’s talented output. I love how Mr. Rush denies to honor boundaries in music, so that one of his early recordings might include a bluegrass song followed by a blues and then a pop standard. And later in his career, he became a lightning rod for new songs by non-established artists like Joni Mitchell and Jackson Browne.

Steve Gillette has been a mentor for literally hundreds (thousands?) of singers and songwriters, especially those of us who live in his former home of Southern California. Besides being a truly engaging performer and expert songwriter, Steve is one of those folks that have the ability to critique in a very helpful way. I have often benefited from his guidance and can forgive his on stage jokes and past fiddle playing. I have noted that among the things I have ripped off from Steve is the silly way he sort of shakes the guitar neck at the end of a phrase or line. I have no idea why I do the same thing, other than osmosis. And no matter how much I shake it, it never approaches the magical style Steve has perfected.

Ry Cooder is one of those talents who are so productive and pioneering that it is difficult to keep up with them. His first three recordings remain part of my bible. Despite the fact that I will never approach his guitar expertise, I do have a deep voice somewhat similar to Mr. Cooder’s and a love of many of the same types of music. Mr. Cooder’s intended ignorance of musical boundaries creates a sound that captures elements of a variety of different styles of music in a most appealing way. And like with Mr. Rush, Mr. Cooder’s recordings feature songs that made me do research as to origin or original artists. That has been something that I really prize. Without Ry Cooder, I might not know who Joseph Spence was, Sleepy John Estes, Flaco Jimenez or Blind Alfred Reed, and my musical life would be poorer for it.

So if you perform in clubs or just play for your dog, you were influenced by others, and it can be rather interesting to try to locate those sources. It can also be fun to do the same with other performers, so hit some spots where live music takes place. Tip the staff, consume responsibly and remember to wear clean underpants in case you get in a car accident or your mom asks.

WHO YOU ARE AND HOW YOU GOT THERE