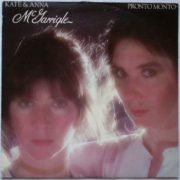 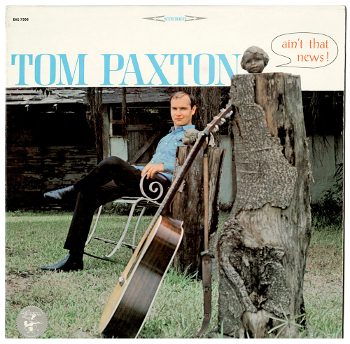 Where’s the Folk? I turned 65 last week. Not a big deal, really, but it does seem to have triggered a bit of semi-nostalgic reflection. The media would have us believe that the definitive event for my age group was the 1967 “Summer of Love” when we all took virtual trips to San Francisco, put flowers in our hair, and danced to the sounds of Jefferson Airplane and the Grateful Dead. True enough, but that was just the icing… and the cake was much more bitter. (I don’t think that I can take it, ‘cause it took so long to bake it… but, I digress.)

If youre reading this in FolkWorks, then I suspect you were, like me, a bit less Jimi Hendrix and a bit more Tom Paxton in your musical tastes. Those days were trying times for anyone concerned about civil rights, politics, and war. Mention the year 1968 to anyone in their mid-60’s to 70’s, and a certain set of images will come to mind… McCarthy flowers, the murders of Bobby Kennedy and Martin Luther King, chaos in Chicago’s Grant Park and at the Hilton, Tom Hayden, Hubert Humphrey, Julian Bond…

As I’m writing this, the Republican nomination for 2016 has been sewn up. The Democrats are still undecided, and neither convention has been held. And I can’t stop feeling as if 1968 has come back again to haunt us. Here’s a simplified version of how it played out back then: The Republicans had a candidate who many people found objectionable. The Democrats had a candidate who represented the left, spoke to and for the people, but was a bit ‘scary’ to folks who still believed in the commie-pinko threat of liberalism. They also had a candidate who was competent enough, had lots of experience, but was seen as part of the establishment—and by association, part of the ongoing Vietnam war by those who sat more to the left.

Sound familiar? If I go on from here, I’ll be in danger of endorsing a candidate—something I don’t want to do this far in advance of publication. I’ll just say we ended up with Watergate…

So why do I bring this up now, and in a publication that’s all about music, dance, and not necessarily politics?

Because there’s one big difference I see between then and now. The events, opinions, fears and hopes of those days were the bread and butter of folk music. Joan Baez, Phil Ochs, Bob Dylan, Tom Paxton, Pete Seeger—they all spoke and sang about it. That day in Chicago, while Hubert Humphrey was accepting the Democrats’ nomination, Peter, Paul, and Mary were singing to a crowd of protestors at the Hilton.

Now, as you know, I’m not living in the U.S. any more, although I am still a citizen. Here in Scotland, we have a different but equally significant election coming up… and I don’t hear anyone singing about that, either. I have a theory… I suspect that instead of writing song lyrics, people are finding it easier to post something clever on social media.

Is it just me? Is there music happening in the States that I’m not aware of? Post your responses to FolkWorks… I really want to hear from you. 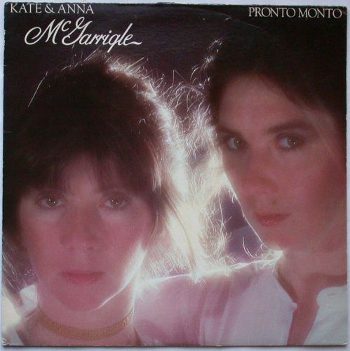 New life for an old gem… It was 1976 when Kate and Anna McGarrigle released their first album on vinyl, and it was followed quickly by an equally popular second one. Both have long since been released as CD’s, but for some reason their third album, Pronto Monto, disappeared once the original pressing of the vinyl version had been sold out. It was a cracking good album, but it hasn’t been heard for years. Until now. On July 1 2016, after almost four decades of obscurity, a CD version will at last be available. As I write this, pre-orders are available on Amazon; by the time you’re reading this it will probably be readily available. If you never heard it, you’re in for a very special experience. And if you did hear it and have missed it, here’s a reminder of the track listing:

Q: How many sound techs does it take to change a light bulb?

A: One. Upon finding no replacement, he takes the original apart, repairs it with a chewing gum wrapper and duct tape, changes the screw mount to bayonet mount, finds an appropriate patch cable, and re-installs the bulb fifty feet from where it should have been, to the satisfaction of the rest of the band.

So, I got into a conversation the other day with some friends who were debating what the best songs about Scotland are. Some obvious choices were Caledonia, Flower of Scotland, Scotland the Brave… you get the idea. And it started me thinking about all the songs that have been written about California and its various parts over the years. Here are some of my nominees for the best ones… post yours to FolkWorks, or just use it as a conversation starter.

All the Gold in California – Larry Gatlin

Talk to Me of Mendocino – the McGarrigle sisters