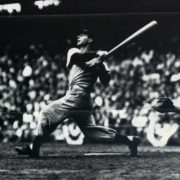 Where Have You Gone, Joe DiMaggio 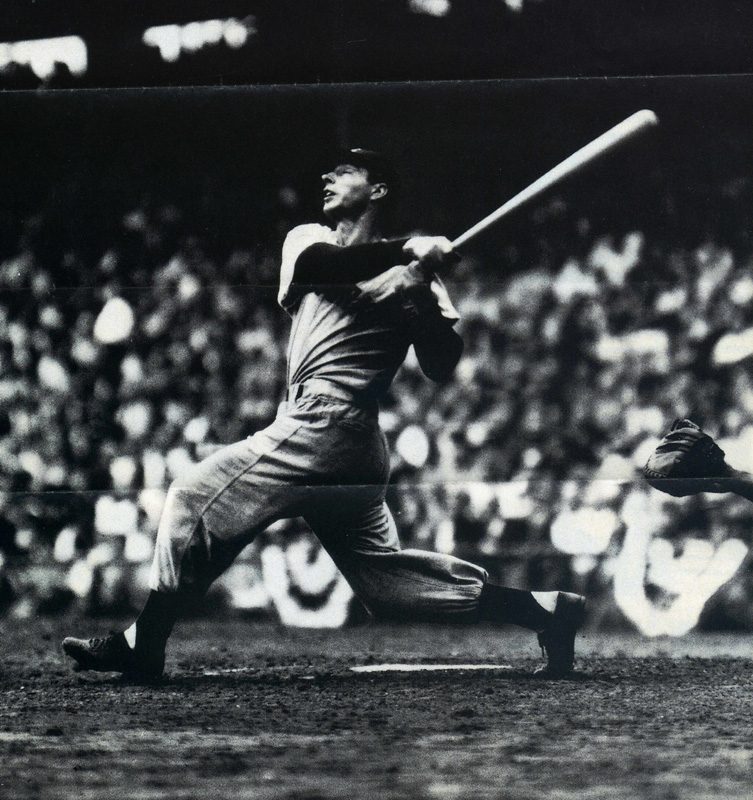 That is the best indication that baseball is indeed our national pastime—virtually all of our major contemporary songwriters have been inspired to write their own baseball song. There is no comparable catalog of wonderful songs based on any other sport—not football, basketball, soccer, hockey or track & field. Ever since Take Me Out to the Ballgame by Jack Norworth and Albert Von Tilzer (1908) became the national anthem of baseball songs, songwriters have had their say. Their song is sung in stadiums across this country every day of the week from spring training to the October Classic in the 7th inning stretch. It became a First Class US Postage stamp during its centennial in 2008.

And not just songwriters; filmmaker Ken Burns followed The Civil War with another epic documentary called Baseball. Field of Dreams (adapted from Canadian novelist W.P. Kinsella’s Shoeless Joe), Angels of the Outfield, The Natural (based on Bernard Malamud’s novel), Pride of the Yankees, The Babe Ruth Story, No. 42—there is a distinguished shelf of baseball novels and movies to tell its stories—real and imagined. 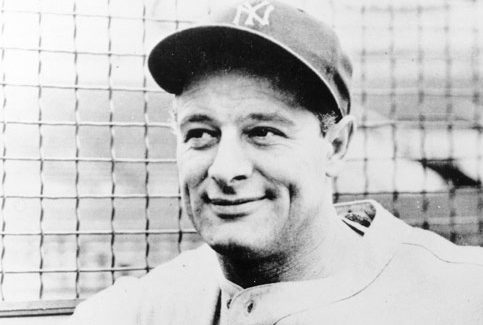 For the past thirty years I have occasionally been inspired to pay homage to my own heroes of the diamond. It all started with Lou Gehrig, the iron man of baseball. He was my first sports hero, indeed my first hero. He held the record—the only unbreakable record, we thought—until Cal Ripken, Jr.—for consecutive games played, at 2,130.

He was the perfect hero for a left-handed, left wing, folk singer—because Leadbelly wound up dying of the same disease that killed Lou Gehrig, amytropic lateral sclerosis or, as it was popularly known, Lou Gehrig’s disease. I don’t remember whether I discovered Lou Gehrig through Leadbelly’s music and life story or the other way around, but they were always bound up together in my imagination—the iron man and Leadbelly, two physical giants and the strange disease that preyed on such men. It was almost like Superman and Kryptonite and yes, Superman, the original Superman, George Reeves, was another of my childhood heroes.

I never saw Lou Gehrig play—he died five years before I was born—but my mother was in Yankee Stadium July 3, 1939, when he made “The Luckiest Man” farewell speech. I saw the movie starring Gary Cooper, and I read everything I could find about him. As soon as I started playing baseball I wanted to play only one position, first base—Lou Gerhrig’s position, the only spot where left-handers had an edge. The eventual album cover will show me in all my baseball glory. 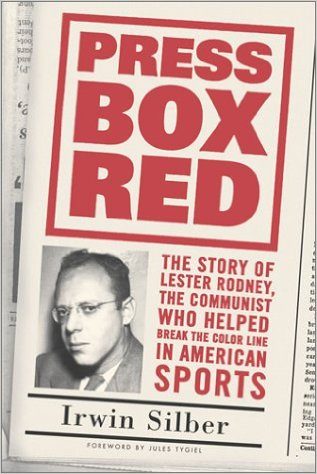 When I finally got around to writing a song for Jackie Robinson it led to my meeting Terry Cannon, founder and head of the Baseball Reliquary, a Pasadena-based organization devoted to promoting a cultural and historical understanding of the grand old pastime. Thanks to Ed Pearl of the legendary folk club the Ash Grove, I was invited to sing it at a book release celebration of a biography written by one of Sing Out’s founding board members, author Irwin Silber. The book was not directly about Jackie Robinson, but the Daily Worker’s sports editor, columnist and reporter Lester Rodney who campaigned for the integration of major league baseball long before the mainstream media picked up the charge. It was called Press Box Red: the Story of Lester Rodney, the Communist Who Helped Break the Color Line in American Sports (August, 2003).

I’ve been involved on and off with the Baseball Reliquary ever since, most recently during last year’s induction ceremony for their version of the Hall of Fame—the Shrine of the Eternals. For that event I sang the song I had written for one of their newest inductees, the minor league LA Angels star home run hitter and first baseman Steve Bilko—our version of Babe Ruth. Bilko was the source of the name for Phil Silvers Sgt. Bilko, the TV comedy that came along at the height of Steve Bilko’s career in L.A.

Finally Terry prevailed upon me to do an entire show of my baseball songs, at the library whose cultural offerings he has taken on as a series based on themes from the Cold War to the civil rights movement as well as a chance to celebrate many local authors. It will be coming up this June 25th.

The reason that baseball is such a rich source of inspiration for songwriters and authors in general is that it is a metaphor for life. It has a larger-than-life hero (Babe Ruth); it has a flawed hero (Pete Rose); it has a patriotic hero (Ted Williams); it has hubris (Roger Clemens); it has a colossal failure (Casey at the Bat); it has a symbol of America’s greatest tragedy—racism—and our determination to overcome it (Jackie Robinson); it has comedy (Who’s On First?); it has poetry (Jim Murray); it has a tragic disease (Lou Gehrig); it has mental illness (Jimmy Piersall); it has a cautionary tale (Mickey Mantle); it has a song (“Take Me Out to the Ballgame”); and above all it has a history; so does life.

It also has a creation myth, in the form of a poem by the late great Kenneth Patchen, The Origin of Baseball:

Someone had been walking in and out

Of the world without coming

To much decision about anything.

The sun seemed too hot most of the time.

There weren’t enough birds around

And the hills had a silly look

When he got on top of one.

The girls in heaven, however, thought

Nothing of asking to see his watch

That mean–time?”, laughing with the edges

Of their white mouths, like a flutter of paper

In a madhouse. And he’d stumble over

General Sherman or Elizabeth B.

Your big wings out of the aisle?” But down

Again, there’d be millions of people without

Enough to eat and men with guns just

Standing there shooting each other.

So he wanted to throw something

And he picked up a baseball.

Tom Paxton picked up a baseball too, and wrote a home run song about the time he had a try-out with the St. Louis Cardinals called My Favorite Spring. I’m glad he wasn’t signed or we would have missed out on some of the best modern folk songs he created instead.

And to end where this sampling began, Paul Simon’s classic Mrs. Robinson from The Graduate is famous not because of Mrs. Robinson, but because of its symbol of integrity, the Yankee Clipper, Joe DiMaggio: “Where have you gone, Joe DiMaggio, our nation turns its lonely eyes to you…” Who else but the greatest baseball star of his time could have married the greatest sex symbol of her time, Marilyn Monroe; except, perhaps, for the greatest dramatist of his time—Arthur Miller. But it was Joe who, after she died, sent her fresh roses each and every week. That shows you in what company baseball travels.

From Shoeless Joe to Jolting Joe to Marilyn Monroe, from fact to legend to myth, celebrated in poetry and song, story, film and TV, baseball is indeed our national pastime.

So take me out to the ballgame, and to the San Diego Central Library on Saturday July 9 at 4:00pm. Play ball!

Saturday July 9 at 4:00pm Ross Altman performs his baseball show The National Pastime at the San Diego Central Library as part of a free all-day celebration from 9:00am to 6:00pm. See the Baseball Reliquary website for details.

Los Angeles folk singer and Local 47 member Ross Altman has a PhD in Modern Literature; Ross may be reached at greygoosemusic@aol.com

WHERE HAVE YOU GONE, JOE DIMAGGIO