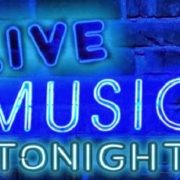 WHERE HAVE ALL THE VENUES GONE, LONG TIME PASSING… 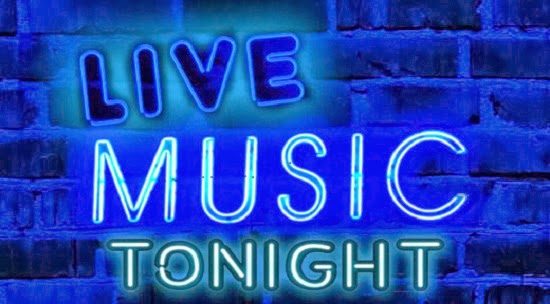 Got an email from a young lady that books music for a pizza place. One of the bands I play with performed regularly there in the last couple of years. She had bad news: instead of a couple more dates before the end of the year, she let us know that the venue was dropping live music. Too bad, I liked the place, it paid fairly well and we drew good sized crowds because it was a ways from our “usual territory.” Certainly not the first venue to close up shop, nor the last. At least it wasn’t like that scene in Paul Simon’s actually quite excellent movie One Trick Pony where the band pulls up to the venue only to find it’s out of business. Sad but true, venues go out of business. Owners change. Live music is dropped.

But before you stop reading what appears to be a crying session, let me say that I am quite aware that in most of these cases, I lost a “part time” job at best. Bartenders, wait staff and others lost their primary income. And in some cases, the towns where the venues were located are so small that finding employment elsewhere is highly challenging. And in some cases, I knew these folks and not only felt sorry for them, but miss them.

Although I have not had the One Trick Pony experience, exactly, I have come close. Years ago, I finally got in a hip nightspot that was booking some of my favorite performers. Decent crowd, decent pay and they fed us well. Did a couple of weeknight gigs and was moving towards a coveted weekend spot when a friend called me. “Are you supposed to be playing that brewery this Thursday night?” I replied in the affirmative, and he responded “Well, I wouldn’t bother to drive up here since I went by after work for a drink today and they’ve closed the doors. Permanently.” Okay, dodged that bullet, sent out a last minute note to the fan list and licked my wounds.

Or the email that I received as I packed my car for a two night gig at a local mountain resort. The email started “We sadly regret to inform you…” and I knew there was no reason to continue packing. Then I remembered that my lodging required a seven day notice of cancellation, so I was still going but now on a vacation instead of a job. A very inexpensive vacation, since now all expenses were no longer being offset by my income at the gigs.

Sometimes you can alter the inevitable. Another mountain café, great food and a nice appreciative audience. Played there about a half dozen times, got an article about an upcoming gig in the LA Times and then that phone call… “We’re so sorry, but the café is just not working out.” I mentioned the LA Times article, and the owner started to think out loud… “Maybe I can get some of the neighbors to help serve…” Within a couple of hours he’d lined up help and deliveries, and we played that weekend to a small but appreciate crowd. The café stayed open for about another three weeks, and we dropped one upcoming gig as they were now just using unpaid locals. Turns out some relatives of mine drove about 100 miles to see me play at the now almost closed venue, but they liked the atmosphere and food well enough to not be too mad at missing a show.

Sadly, I could go on and on. Like the pizza place, it may not be a closure but dropping live entertainment, or dropping the amount of compensation. This can be extremely frustrating if the venue neglects to tell you until the end of the night when the check is light. “Oh, didn’t the owner tell you? We’re only paying $150 on Friday nights and only domestic beer is comped.” This is really great when you have a sub playing with you that’s not in the band, or you contracted a group of musicians for this specific job with a payment amount attached. It’s nice if being short paid can be tied to a venue closing, too. A band I play in was shorted $50 after a Sunday afternoon gig at a well-known old, funky cowboy bar. The bartender said to contact the owner the next day for another check. Long story short: after chasing the owner for a few days without success, we read in the paper “Popular Historic Bar Closes” and really didn’t have to read the whole article.

I used to play a large corporate bookstore chain. For a long time, each store booked music separately, so the payment amount varied greatly. Some stores liked having the same performers each month, so booking a “last Saturday” was easy if they liked you and sold stuff in the café when you performed. Other stores had a no repeat policy or only once a year. Then the chain decided to book regionally, but the corporate headquarters apparently couldn’t find a map of California. So one region included parts of southeast Orange County and Palm Springs, which are actually quite far apart. Another had Brea tied to the City of Industry and Thousand Oaks. Very big area, and normally not conducive to booking artists for all the venues in the region. Eventually this problem resolved itself when the chain went from cash and checks to cash and gift cards, then just gift cards, then no compensation. But one store got me a listening station for my CDs, next to major labels. For those few months, I sold quite a few CDs. But then that ended, and we parted company forever, or at least until they went bankrupt.

The worst is a case like a local coffeehouse that two really nice folks opened in a strip mall that was seemingly designed to make their shop all but impossible to find, located below parking lot level with confusing signage. I played there off and on for a year or so, but they had to drop live music. One day a month or two later I dropped by to get a cup of coffee and the door was padlocked and a sign saying the business was in default had been posted. All the furnishings and goods were still in the store… very sad.

But there still venues out there. Harder to find, more competition, but that’s a nice challenge, isn’t it? And there are new venues opening all the time, plus you can always attempt to “create a venue.” Tell your local bistro they need folk musicians. Tell your local coffee house they need jazz musicians. I know a great musician that played for tips at a wine bar to convince the owners that live music was a good idea. They agreed, and now there’s a venue. For now.

You get the idea. And it goes without saying, support live music. Tip the staff. Compliment the owner.

WHERE HAVE ALL THE VENUES GONE, LONG TIME PASSING…