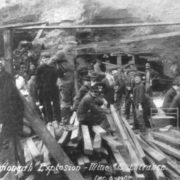 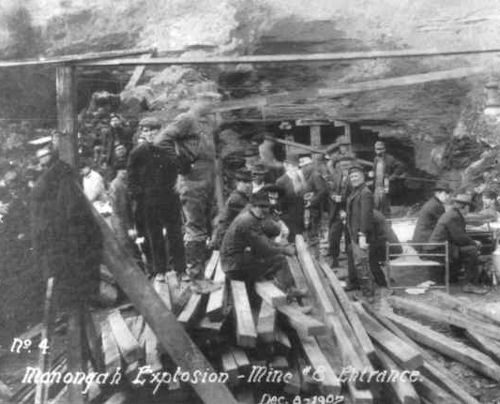 I’d like to devote the column this time to the great Jean Ritchie original song West Virginia Mine Disaster.

I first heard Jean herself perform this song several years ago at a music festival where we were appearing together. It is sung a cappella, and she did so, sitting in a chair under a tent with lots of folks listening. It was transformative for me. The story of a woman whose husband disappears into the mines one day never to return was one that hadn’t been told quite like that ever in my experience. And, true to Jean’s introduction of the song when she sings it, it hadn’t ever been written from that perspective before either ~ of the woman’s view of things when a tragic accident falls on a mining community.

Jean always says that when she ever heard of a story that didn’t have a song to go with it (as was always the case when she was growing up in Eastern Kentucky), she knew she had to write one.

This is how Jean introduces the song and it’s now what I say to audiences of my own:

“When a mining accident occurred in the neighboring state of West Virginia, it came to my mind that all the mining disaster songs were about the places, the men’s names and the dates. None of them told how the women felt when they had to stay home. It was taboo then for women to go into the mines and the women would often wonder what goes on when the whistle blows off time.” 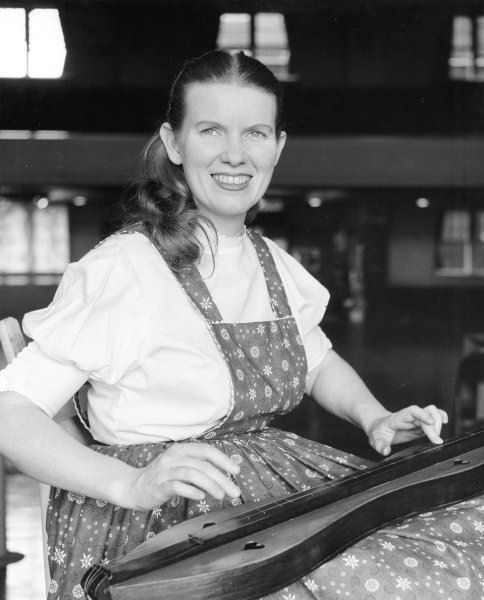 Say did you see him going, it was early this morning?

He passed all your houses on the way to the coal.

He was tall, he was slender, and his dark eyes so tender,

His occupation was mining, West Virginia his home.

It was just before twelve, I was feeding the children.

Ben Mosely came running to give us the news;

Number eight is all flooded, many men are in danger,

And we don’t know their number, but we fear they’re all doomed.

To comfort each other and pray for our own;

There’s Timmy, fourteen, and there’s John not much younger,

Their own time soon will be coming to go down the black hole.

O if I had the money to do more than just feed them,

I’d give them good learning, the best could be found,

Then when they grew up, they’d be checkers and weighers,

And not spend their time drilling in the dark underground.

O what can I say to his poor little children?

And what can I tell his old mother at home?

And what can I say to my heart that’s clear-broken?

To my heart that’s clear broken, if my darling is gone?

Say, did you see him going, it was early this morning?

He passed all your houses on the way to the coal,

He was tall, he was slender, and his dark eyes so tender,

His occupation was mining, West Virginia his home.

Jean’s beautiful recording of this song can be found on her 1971 album Clear Waters Remembered.

It was also included on the marvelous soundtrack album to the PBS documentary The Appalachians Here’s her track on Spotify:

I was lucky and honored to perform this song for Jean herself when we worked together on our 2005 Jean Ritchie tribute show Singin’ the Moon Up: The Voice of Jean Ritchie at Penn State. Later that same year I began adding West Virginia to our regular concerts with the Hilonesome Band. Here it is from The Coffee Gallery Backstage in Altadena, California:

Discussion of this song brings to mind the singing of a cappella songs in the Appalachian style and tradition. I was reminded of the power of this type of performance when seeing the Chieftains in concert recently. Their percussionist came to the front of the stage early in their first set to sing un-accompanied, and it was powerful, pure and beautiful.

In my research, I found that singing solo served a purpose in the country community: it was always a time of quiet respite in the midst of noisy gatherings, and the singer would always tell a tale with his or her tune. It was implicit that the story not be “acted out” but simply sung plainly: heartfelt, yes, but not animatedly, as an actor would, “trying to put the song over.” In my experience, either listening or singing, when the story is “told” this way it is more able to be vividly imaged by the listener. The singer just simply needs to “get out of the way” and trust the song, trust its own integrity and life. For me, it truly becomes an internal journey. And to underline the spiritual nature of the performance, I would remind everyone that in fact, the old-time rural Baptist church didn’t allow accompaniments to their hymns, believing that God didn’t need the “decoration” for an expression from the human to the Divine.

There’s some great news coming out of the East coast that I can let you know about! It’s the soon-to-be-announced tribute CD project to honor Jean Ritchie, produced by long-time colleagues and friends Dan Schatz, Charlie Pilzer and Mick Lane. This CD project will be a treasure to honor Jean’s life’s work and will feature new recordings of her original songs and songs from her family tradition, with all proceeds benefiting Jean as well as organizations that work against mountaintop removal. Some wonderful and amazing artists are involved, and I eagerly await its official announcement. I was honored and happy to be invited to sing on this project, and my recording of West Virginia Mine Disaster will be there.

In the meantime, I send you blessings and love,

Award-winning recording artist and critically-acclaimed powerhouse vocalist, Susie Glaze has been called “one of the most beautiful voices in bluegrass and folk music today.” (Roz Larman of FolkScene). With her Hilonesome Band, their album “Blue Eyed Darlin’” was the winner of the Just Plain Folks 2006 Music Award for Best Roots Album and FolkWorks Magazine’s Pick for Best Bluegrass Album of 2005. Their newest CD “White Swan” was released March 19, 2013. www.susieglaze.com