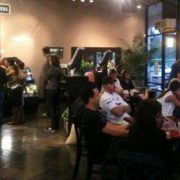 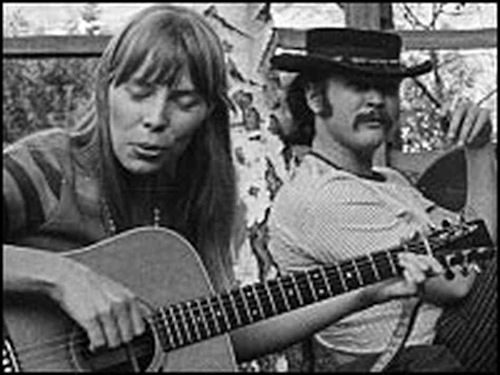 Ever been part of a scene? I don’t mean being slapped by an angry date in a crowded restaurant: I mean a music scene. We’ve all heard the term bandied about with things like the San Francisco scene in the mid-1960s, or the Seattle scene in the early 1990s. Does Folk Music have scenes? You betcha. The Greenwich Village scene… the Denver scene, the Chicago scene, the Laurel Canyon scene…

Basically there are several components to a music scene. First, musicians. Second, a place for musicians to congregate, interact and perform. This could be a coffee house, a nightclub, or a church basement open mike. It usually takes more than one venue to create a scene. But besides venues and performers, there has to be support for the scene. That isn’t just bodies in seats, it’s peripheral services like music stores, record stores (remember these?), radio stations that play music from or related to the scene, and even non-musical venues that support the scene, like inexpensive restaurants or coffee houses that may not host performing, but allow those musicians and “scene-sters” to hang out and interact.

When I was in college at Cal State Fullerton back before guitar strings had been invented, we had a scene. The school had a coffeehouse that showcased local and touring musicians. CSF also hosted an annual bluegrass/old time music festival and competition. Several local eateries featured (or allowed) ad hoc performances. At least one local music store, Maffick Music, totally catered to folk and folk related instruments, lessons, etc. A local civic auditorium ran folk shows. Folks like Steve Noonan, Jackson Browne, Greg Leisz and Steve Van Gelder developed into national level performers. 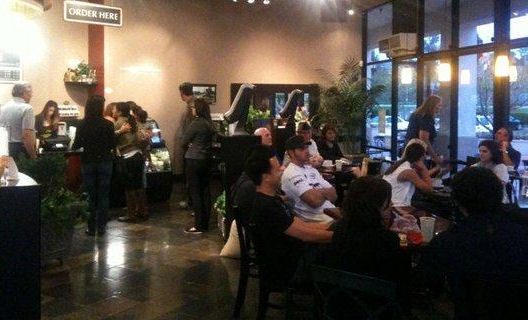 In the late 1980s, there was a pretty thriving folk/bluegrass scene in South Orange County. The Old Dana Point Café ran an open mike bluegrass night on Tuesdays, and an open mike blues night on Thursdays. Shade Tree Music focused on folk instruments, and ran jam sessions and concerts featuring not only local acts, but also national (and international) touring artists. The Coach House concert hall occasionally hired bluegrass and blues bands. Local mom & pop and national chain coffee houses often featured live music two or three nights per week. Local media spread the word. The LA Times had an Orange County edition, with staff ensconced in San Juan Capistrano and Costa Mesa. Interviews and articles with local talent were included in most editions, and reviews of live shows and local CDs were also included. The OC Weekly provided pages of musical things to do, including folk, blues and country. Community college station Saddleback 88.5 FM was a jazz station, but had a once a week folk program that still exists today. And Los Angeles’ KPFK had several folk radio shows, some that featured South OC artists. Although house concerts were rare, there were a few providing another outlet for touring talent. In nearby North San Diego County, bluegrass clubs ran pizza parlor open mikes and coffee houses featuring live music flourished.

Things change. Stores close. Venues can’t afford live music. Musicians move on. What was a thriving music community becomes something different. Although it’s quite easy to only remember the positives, there are reasons why an area may see a change in scene. And there are ways to re-invigorate or create a new scene. But it’s not easy.

Like any effort, volunteers and/or interested parties must be involved. Musicians are needed, but non-musicians who want to consume music are needed too. Every possible component mentioned so far needs to be contacted: local media, music stores, community centers, etc. House concerts have become far more important. The new social media can be used to great advantage. But it requires work, and it requires leaving your home in order to perform or consume live music. Live music is the only real goal. The Starbucks that plays the most recent CD by some artist you like is NOT part of a scene. It’s actually anti-scene. Walk a half a block more and spend your money at the non-franchise spot, especially if they feature live music. And if they don’t, chat with them why they don’t have live music. Tell them they could be the foundation of the next big music scene…