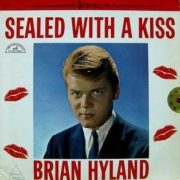 The Road Not Taken – A Tragic Tale of Missed Opportunity 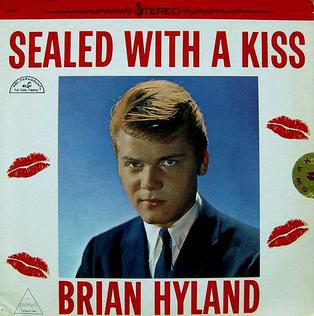 What follows is the legend of two folk singers, their brush with fame and the avalanche of events that followed them.

At some point in most lives, a genuine opportunity arises and is ignored. No? Well it did in ours. I’m talking about an up-and-coming folk music duo poised at the edge of fame. Yes, indeed. Sagas of opportunity grasped at the right moment abound in the annals of popular music, but surely tales about the bitter pill of ‘the road not taken’ must also have their day if only to provide perspective and color to an otherwise predictable world.

New York City, 1960, two folk singers who were considered ‘cult heroes’ by their limited number of fans wandered the streets of Manhattan wondering why the world had failed to beat a path to their door. In short, two albums for Columbia Records with paltry air play, meager sales – well, Columbus, Ohio had shown promise for a minute, just a minute though.

Alas, a bittersweet chapter in the lives of our two heroes, Art and Paul, is finally revealed. Let this be a lesson to the children of courage everywhere.

With good reason, their record label was considering the unconsiderable. No más! What had begun with fanfare was a fast fading echo.

Then the phone call.

“Boys, it’s Tony.” It was Producer-Person. He was beyond excited.

“We need a hit song! The Brothers Four are rocking the charts with Greenfields and without a comparable hit, it’s curtains for you guys. Besides, Columbia is looking at another duo with guys named Art and Paul. They may be the two guys who keep showing up at your gigs at the Café Wha? Funny thing is if they sign them, they’ll have to use their last names because of you guys. Get this: one of them has a weird name like Garfinkle or something like that. But here’s the good news: I’ve got a couple of writers who can write a hit for you and in fact, they already have!”

For reasons known only to the mystical Gods of commercial mis-judgement, a great fear struck the two folksingers and gripped them fiercely.

Fear of what you ask? They were folk singers and it was common knowledge at the time that no one actually wrote songs for folk singers. Real folk singers were supposed to discover songs that had been handed down father to son, mother to daughter. It was that or songs that had evolved from the great wells of poverty, inequality, injustice, and disasters like the great dust bowl tragedy. The thought that a person would write a song with the intention of making it a ‘hit’ song was almost too much for a couple of purist folk singers to bear. That was the world of ‘commercial’ music and clearly not them. Clearly. No siree.

Unbeknownst to our two heroes, at that precise moment, a non-descript large sedan was barreling towards New York City on a rain-soaked highway in the Midwest. A young man with a sheaf of papers containing folksongs he had written, an old guitar, and dreams of glory beneath his tousled hair, sat in the back seat. However, our two heroes in New York were hopelessly chained to the past and had not a clue of what was about to transpire.

Back in Manhattan, the two folk singers who were polite chaps reluctantly agreed to listen to Mr. Producer and meet him at an appointed time and place to audition to what they had already pre-judged as artificial, and (ugh! The dreaded word): Commercial!

“Upper East Side of Manhattan at an address on East 86th Street, Penthouse, top floor”.

“Not in Greenwich Village? Uptown? Yikes!”

Every folk song aficionado in New York City at the time knew that ‘real’ music did not exist above 14th Street, and our two heroes were being asked to travel beyond the ‘safety zone’ to somewhere in the 80’s where people wore ties, played music that was printed on strangely lined paper while drinking from crystal cocktail glasses.

Still polite and a bit curious, they agreed to meet Mr. Producer at the appointed time and place.

Brimming with apprehension and fear at what was about to be thrust upon them, we – err, they, boarded the subway train northward, detrained at 86th Street, thence eastward on foot toward the glittering lights of buildings that bordered on the East River. Then with mounting apprehension, upwards in a gated elevator, uniformed operator staring straight ahead as the floors clacked by to sounds of creaking whining belts that lifted them to the Penthouse.

A large living-room right out of a Hollywood movie  – raised alcove at the far end, huge windows framed the lights of Brooklyn across the river, and the twinkling necklace of the Brooklyn Bridge cast its Disney beams on the ebony lid of a Steinway propped up against the panorama. Two young men, white shirts with neckties loosed to third-button comfort level, sleeves rolled up, waited at the piano with etched cocktail glasses half filled with amber liquid resting nearby.

Pleasantries. Then the moment for which the evening had been conceived. The tinkling of a piano introduction and the two song writers, in bar-mitzvah unison, launched into the song they had been commissioned to write for Art and Paul. The hit!

They were horrified. Pinned to their chairs speechless. I can’t tell you if they were smiling or screaming but this I do know. They had to get out of there. Actually, if the truth be known they couldn’t tell if the song was good or not but they did know one thing. This song never ever could have been handed down father or mother to son or daughter. This was a song created by a teen-ager to be sung to a teen-ager then to be listened to by a teen-ager and it was as alien to our heroes as a banjo might have been to an umbrella. Neither of them remembers the elevator ride back to the comfort and anonymity of the streets of Manhattan where they walked those streets all the way back to Greenwich Village and beyond to the tip of Manhattan and back again to Washington Square hashing over the evening’s events until the dawn and their decision never to lower themselves to sing such a song and violate the solemn commitment to sing only ‘songs of the people’.

Some decisions are forgotten, some are remembered. Ours was easy to remember (yes, it was us, me and Paul indeed).  Columbia Records dropped our career right there on the sidewalk and we set out to California while the radio in our car eventually reminded us of our momentous decision.

“I’ll send you all my love every day in a letter, Sealed With A Kiss” indeed! Never! Onward to obscurity with heads held high…

Shortly after Art and Paul left Greenwich Village for the coast, the young man with tousled hair who had been dropped off by his ride at the George Washington Bridge had made his way through the bitter New York winter to Israel Young’s Folklore Center on MacDougal Street in Greenwich Village. The young man with tousled hair walked into the center. Israel Young looked up: “Hi, my name is Bob Dylan…”

“When Art and Paul turned down Sealed with a Kiss, Mitch Miller, head of A&R at Columbia Records gave it to The Four Voices.  The recording was quite a departure from their previous releases, which had been in a Four Lads/Four Preps mold, but it’s clear how the song and the arrangement could have worked for Art and Paul…beautifully.  When the single didn’t chart, Columbia dropped The Four Voices and, a little later, Art and Paul. Brian Hyland finally had the hit with the song – #3 in 1962.”  – Tom Pickles, music historian

THE ROAD NOT TAKEN – A TRAGIC TALE OF MISSED OPPORTUNITY