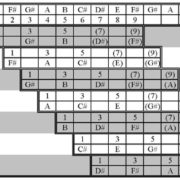 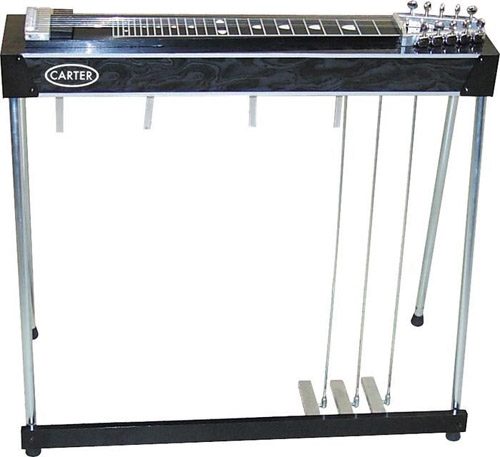 The pedal steel is the ultimate evolution of the slide guitar. It began with the use of a knife blade or some other metallic object (known as the "steel") to slide notes up and down on the guitar. This can be heard in some old-timey country songs and in Delta and bottleneck blues. Then came the Hawaiian slack key guitar, the lap-steel guitar and the resophonic guitars from the Dobro & National guitar companies. Steel players tried to get around the limitations of the straight-bar steel by slanting the bar in various ways. Another technique was to actually bend a string behind the steel bar to raise and then lower a single note. Finally the lap-steel was set up on four legs and pedals were added followed by knee levers and, thus, the modern steel guitar was born. It continues to evolve.

As I tried to learn what I could about the pedal steel guitar my confusion only grew. Then I found a free 20-minute streaming video on the web that finally clicked for me (see the ON THE WEB section below). Here is what I learned from that video and my other research combined with some chord theory previously covered in this column (also ON THE WEB below).

The first challenge surfaces when the purchase of a pedal steel guitar is considered. You are immediately faced with an overwhelming number of options and decisions: do you want 8-strings, 10-strings, 12-strings or14-strings? Do you prefer single or double fret boards or necks? How many pedals (you can have up to eight of them) and knee levers (up to five) would you like? There are, of course, reasons why you might decide on more or less of these features. For example, the reason you might want more than one neck on an instrument is because there are more than one "standard" ways to tune the instrument. The three most common tunings are the E9-Nashville tuning, the C6-Texas tuning and the E9/B6-Universal tuning. For the purpose of clarity (and sanity) in this article, the discussion will be limited to a 10-string model using the E9th tuning with three pedals and four knee levers as in Figure 4.

Now comes the amazing part-the pedals and the knee levers. Look at Figure 4. You can see the three pedals and the four knee levers. Each knee is flanked by two levers that can change the open pitch of certain strings when you move your knee to the left or right. At the same time your left foot is available to work the pedals that affect other strings in a similar fashion. By combining the pedals and the levers you can actually play the instrument without even using the steel!

Here’s how it works. You can use the left foot to depress Pedal-1 and Pedal-2 both at the same time. Figure 2 shows that Pedal-1 changes the note B to C# and Pedal-2 changes the note G# to A. While using only the strings that are not grayed-out, you have just changed the E (I chord) to an A (IV chord). Relaxing the pedals resolves back to the I-chord. To get the V7 chord (B-D#-F#-A) you combine Pedal-2 (G# to A) with the left knee moving to the right or inside (E to D#). The relative minor for E is C#m (C#-E-G#). Pressing Pedal-1 alone changes the note B to C#, supplying the missing note needed for the C#m chord. 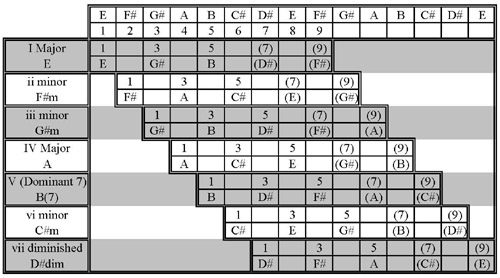 Figure 1 – Chords That Relate To The Key Of E

So, for instance, a typical chord sequence of I-vi-IV-V7 (E-C#m-A-B7) would start with open strings for the I-chord, then use Pedal-1 for the vi-chord, add Pedal-2 for the IV chord and lastly move the Left Knee to the right for the V7 chord. All of this is done without using the bar. The video (ON THE WEB below) demonstrates this more clearly. You could place the bar anywhere to be in a different key and use the pedals and levers as above to get the I-vi-IV-V7 progression in the new key.

Now look at Figure 1 to see the other chords in the key of E. Add any of the missing notes by using the pedals and levers as indicated in Figure 2. This is just about as close to real magic as it gets! One other chord change that sounds especially nice on a pedal steel is the E suspended 4th chord resolving to an E major chord. The suspended 4th chord is just a major chord with the 3rd raised one half step to 4 by pressing Pedal-2 (G# to A).

I still don’t have a pedal steel (they are kind of expensive) but the next time I get my hands on one, I will know what to do. Until then I hope you will stay tuned.

How do I know what chord to play next?