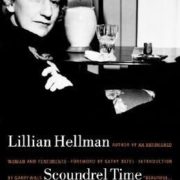 The Last Refuge of the Scoundrel 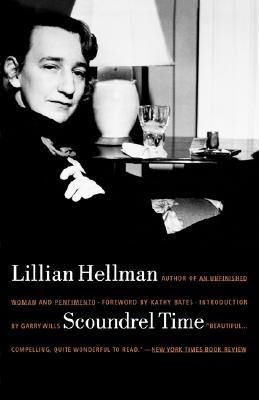 I attended a fundraiser for Progressive Magazine today at a local Westside private home enclave for the LA Left, an unofficial amalgam of media, electoral and grassroots political organizations that cater to a well-defined point of view represented most visibly by Nation Magazine and MSNBC. On Election Day they tend to vote Democratic, but on all other days of the year they fancy themselves to the far left of the political spectrum, of which Phil Ochs once memorably said, “In America there are many shades of political opinion; one of the shadiest of these is the liberal; two degrees left of center in good times, and ten degrees to the right if it affects them personally.” This by way of introducing his trenchant satire, Love Me, I’m a Liberal.

Unfortunately, Phil couldn’t be there today, having taken his own life on April 9, 1976. Rock and Roll Hall of Fame musician Jackson Browne filled in for him, following gadfly author Jim Hightower and comedian Will Durst with a beautifully wrought set of four songs, including one he did not write, but is better known than the author for recording and singing it—by Bruce Springsteen band member Steven Van Zandt, which is called I Am a Patriot, and suggested the title of this column. Here are the lyrics:

And the river opens for the righteous (5 times)

I was walking with my brother

And he wondered what’s on my mind

I said what I believe in my soul

Ain’t what I see with my eyes

And we can’t turn our backs this time

I am a patriot

And I love my county

Because my country is all I know

I want to be with my family

People who understand me

I’ve got nowhere else to go

And I was talking with my sister

She looked so fine

She said, “I want to run like the lion

Released from the cages

Released from the rages

Burning in my heart tonight”

And I ain’t no communist

And I ain’t no capitalist

And I ain’t no socialist

And I ain’t no imperialist

And I ain’t no democrat

So I ain’t no republican

I only know one party

And it is freedom

I am a patriot

And I love my country

Because my country is all I know.

The first time I heard the song was at a fundraiser I was in for Hurricane Sandy victims where it was sung by a local singer/songwriter. I didn’t like it then, but I paid more attention to it when Jackson Browne sang it; afterwards I concluded I still don’t like it. I don’t like it because it pretends to be something it’s not—a protest song. In fact, it’s a well-crafted piece of treacle—protesting only how much the author loves his country. Written in 1983, at the height of the “Reagan Revolution,” it tries to cash in on some of Reagan’s hypnotic patriotism without identifying with his rightwing politics.

But look more closely and Reagan’s brand of jingoistic patriotic fervor shines through: “I am not a communist”; now who said that? Not Pete Seeger; not Arthur Miller; not Lillian Hellman; not John Henry Faulk; not John Garfield; and not Paul Robeson. They all were asked the question posed by HUAC, the House Committee on Un-American Activities: “Are you now, or have you ever been a member of the Communist Party?” And not a one of them replied, Mr. Parnell Thomas, “I am not a communist.” To a person (with the exception of Lillian Hellman), including my own father, they replied, “I refuse to answer your question, because you have no right to ask it.”

I’ll tell you what they did say: Lillian Hellman said, “I refuse to cut my conscience to this year’s fashion;” Pete Seeger said, “I refuse to answer on the grounds of the 1st Amendment, because not only do you have no right to ask me that question, you have no right to ask any American that question.” And Paul Robeson said, “Sir, the Negro people need all the help they can get, including help from God and the Communist Party.”

That was then; this is now; and suddenly people who fancy themselves to be liberals and even leftists find themselves listening to activist rock star Jackson Browne proclaim “I am not a communist” and cheering words that epitomized the piss-complected mealy-mouthed stooges who went to bat for witch hunter Senator Joe McCarthy and turned in their former friends to HUAC.

So happy to know that; especially if someone can give me even a hint at what it means, except that to everyone within listening distance, “the river will open for you—regardless of what you believe, since according to the song you are not a communist, a capitalist, a socialist, a Democrat, a Republican; you are everything, and therefore nothing. You are for “freedom,” which is what Stalin was for, as well as FDR, as well as Thomas Paine, as well as Mubarak, Khadafi, Hussein and every other tinhorn dictator who has oppressed an entire people—all in the name of freedom. No one is going to send you to Guantanamo for being for freedom; sing your heart out Little Stevie, and Jackson Browne; you are a safe commodity in the marketplace of acceptable ideas; no one will be offended and no one will ask, “Is there any idea you would pay a price for; is there any question you would refuse to answer? Is there any principle you would die defending?”

You want “to be with your family?” So did Augusto Pinochet.

Dr. Samuel Johnson defined patriotism as the last refuge of the scoundrel; Sinclair Lewis warned that when fascism comes to the USA it will come wrapped in the flag and carrying a cross. And Lillian Hellman described it perfectly in her memoir, Scoundrel Time.

In Woody Guthrie’s great patriotic protest song This Land Is Your Land, he said:

As I went walking my freedom highway

But on the other side it didn’t say nothing

That side was made for you and me.

Woody Guthrie stood for something and wasn’t trying to be all things to all people. In Phil Ochs great patriotic protest song Power and the Glory, he says:

Only as free as a padlocked prison door…

Like Woody, Phil Ochs stood for something and wasn’t trying to be all things to all people.

“I am not a Democrat”? “I am not a socialist”? Tell that, Little Stevie Van Zandt and Jackson Browne, to folk singer Victor Jara, who was murdered by a man who loved his family—Generalissimo August Pinochet—forty years ago this upcoming September 16, 1973. Victor Jara was tortured and murdered because, like Woody Guthrie and Phil Ochs he stood for something, and the Junta knew what he stood for—the Democratic Socialism of elected Chilean president Salvador Allende.

Gimme some truth, wrote John Lennon; save your homilies to God, Country and the Flag; the people are smarter than that. They just reelected (according to Donald Trump, Dick Morris, Karl Rove and Fox News) a socialist who hates and can’t stop apologizing for America, hates Christianity and is really a Muslim who was born in Kenya. If Fox News couldn’t fool them, Steve Van Zandt and Jackson Browne won’t fool them either.

Like Woody Guthrie, like Phil Ochs and like John Lennon, I am a graduate of the Joe Hill School of Songwriting—the aesthetic credo of which can be summarized in four words: Keep it simple, stupid. Thus, when Joe Hill comes to the refrain in his great satire The Preacher and the Slave, You’ll get pie in the sky when you die, he follows it with That’s a lie! Not a New Critic’s appreciation of irony, paradox, nuance and ambiguity for Joe Hill—just tell it straight and pull no punches. In keeping with Joe Hill’s uncompromising honesty, therefore, let me sum up my own beliefs:

I am not a patriot; I am a red diaper baby; and I love my country when she deserves to be loved; when she gives women the right to vote, not when she commits genocide on Native Americans; when she emancipates the slaves, not when she blacklists her greatest writers and folk singers; and when she stands up for the Bill of Rights, not when she passes The Patriot Act.

That’s why God gave me a mind and gave Woody Guthrie a guitar—on which he wrote This Machine Kills Fascists.

Now that I understand.

Ross Altman may be reached at Greygoosemusic@aol.com

Ross Altman and Theresa Bonpane will co-host a Party/Fundraiser for John Johnson,

The Last Refuge of the Scoundrel