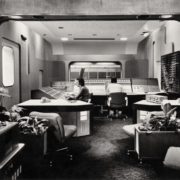 The studio was located in a rural residential area somewhere around Yorba Linda, CA, with a small herd of bison grazing nearby. I don’t recall finding anything particularly odd about bison in Orange County, perhaps because I’m truly old enough to remember the Buffalo Ranch in Irvine, but that’s another and different boring story. 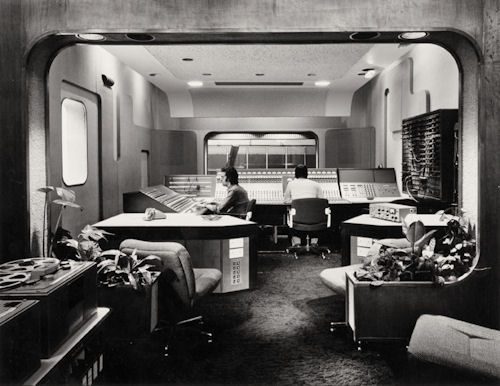 Anyway, the studio was seemingly a very professional multi-track facility that utilized the top floor of a large two story home. The two studio owners were working on a huge recording project based on the life of JFK, but that’s another story, too. They had a nice group of instruments available, and seeing a Hammond B-3 organ, I made a mental note to find an organ player.

The session I was able to observe had already begun. A solid looking young man in a glass isolation booth was singing to pre-recorded tracks of flute and guitar. The song has a certain fragile likability. The producer was a heavy set guy who either was or should have been smoking a cigar. While the young man sang, the producer stalked the control room. “No, no no! Sing it stronger! Sing it like you’ve got balls in your chest!” I made another mental note to be my own producer and ban cigars.

The studio owners and I agreed on the hourly cost, and I signed a document stating I wouldn’t do bad stuff, set a date for the first session and went home to confirm the musicians.

Three songs: a minor key blues with forties nostalgia lyrics; a rocker that owed a bit too much to Elvis Costello; and one of the first songs I had written, a wistful country rock love ballad.

I auditioned a drummer that was willing to play on the project. Ran some tunes with him, sounded okay, set up the date. Check, one down.

My brother was going to be playing guitar on all tracks, so we discussed what instruments and what sounds we wanted to record. Check, two down.

Another friend decided he was not good enough at bass to record, but loaned us his Telecaster bass. Oh well, my brother can overdub bass. Check, two and a half down.

Another guitar and piano playing friend offered to double on the Hammond. He’d never played one, but how hard could it be? Check.

Background singer on the rocker? Neighbor two doors down. I told you it was a college town, and I lived in an old farm house in the low rent area. Lots of artists and musicians.

Two days before the session the drummer called. Bad back, can’t stand up, can’t do the session. Okay. We’ll track the drums later. Not what I wanted, but hey…

The day before the session an old band member showed up and I asked him to play “for old time’s sake.” He even knew one of the songs.

The first sessions are a bit of a blur. Lots of stuff went wrong. Amps didn’t work. The Hammond proved to be a formidable beast, but the tracks were usable. The old band member was out of tune to one track, and seemed off beat on another. Oh well, we’ll fix it in the mix.

The drummer got better, but only enough to play congas instead of a trap kit. Not what I wanted, but workable for one song.

The background singer had a little cold and we spent a couple of hours at his first session before giving up. The irony of a small vocal part taking longer than the main tracks hit me right in my pocket book.

We recorded, we mixed. I ended up with three songs that sounded like they were recorded by three different bands playing three styles of music. I ran out of money before I got drums on two of the tracks. But it whetted my taste for recording, and I never looked back.

I still perform the minor key blues. The other two songs needed a bit more maturity and I hope I get that someday.

As a postscript, in 2001 when I turned 50, I worked with a recording whiz buddy and he added drums and other instruments to the songs. They sound much better complete, and serve as a nice sentimental keepsake.

Go out and enjoy live music. If you purchase recorded music, try to buy it from the artist rather than that low cost mega-website. Eat plenty of cruciferous vegetables and be kind to a fiddle player.