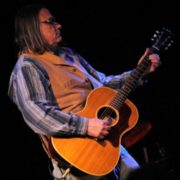 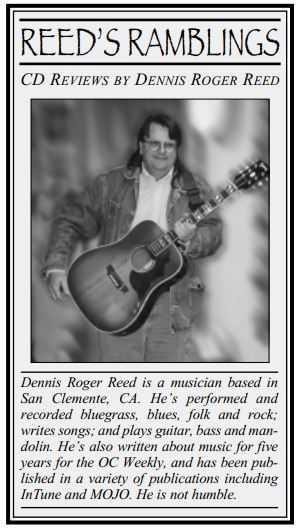 I started writing for FolkWorks in the spring of 2003, almost immediately after leaving another publication due to creative differences. The main difference is that they creatively stopped printing my writing. After a 500-word article was hacked down to something around 150 words that made almost no sense, I voiced my concern that my by-line was being placed on a piece of excrement. In all fairness, my lack of ever going to the office and ignoring the marked-up copy in my inbox may have also attributed to our separation. As is often the case in situations like this one, I learned of the parting when a co-worker assumed that his new assignment (my old assignment) came from my quitting the paper. I had not. In either an attempt at severance or more likely a business mistake, they continued to pay me for about three months after my last item made it to print. As is the case in the world of print media compensation, that three months pay helped make a down payment on a mid-priced dinner out. The wealthy worry about taxes, so I doubt any writer in this business has ever spent one second on that fear.

I met FolkWorks’ Shapiros at the first meeting to set up a regional arm of Folk Alliance, now long in place as FAR-West. When we went around the room introducing ourselves, I mentioned that I thought I was an unemployed music writer, as well as an under employed singer, songwriter, and musician. I dined with the Shapiros after the meeting and I was offered a job writing for FolkWorks. For the first year or so I did a lot of CD reviews, some interviews with local folk musicians plus a few op-ed type pieces. Then I started a regular column. Over the years, the subject matter in those columns has included priceless (in other words, no one would pay for it) advice on performing, recording, finding the creative spark, etc. I sometimes wonder if my work is a bit too preachy, but have hopefully softened the message by stories highlighting my own foibles and mistakes as a guide for others to follow, or avoid. It’s always good to give people choices. I often regale my musical performance audiences with bon mots like “We’ll be entertaining or annoying you based on your preferences until 11 pm…”

Writing a regular column is sort of the opposite of freedom. There will always be a deadline hovering over your head. You may find yourself wracking the old brain for something new or different or at least semi-entertaining to write about. Although I am able to write decent reviews of recordings or live performances, the Los Angeles folk scene is sort of an extended family. I sometimes found myself writing about friends or fellow musicians I had performed or recorded with. I sometimes found myself not particularly liking a project or performance but felt compromised in being too honest. As such, complimenting the artwork or song choice became somewhat euphemistic and less than completely honest. It was heartening when performers or authors contacted me to thank me for “getting it” in my reviews, but dropping that aspect of writing proved to be a good decision. FolkWorks’ definition of folk music is luckily (and appropriately) very broad, which has provided the freedom in my column to write about artists or projects that may be on the outskirts of the genre.

As I write this column I am sitting about a mile high (elevation, not intoxication) in a little mountain community called Idyllwild in Southern California. For quite a few years I’ve held one or two regular standing gigs a month here, and spend a long weekend on the Hill. For the last several years the dates for these engagements fall approximately on FolkWorks deadline. On one hand, this is convenient in allowing a less interrupted working environment than my home by the sea. No laundry, housecleaning, bill paying, etc. for the most part. As any columnist knows, writing at deadline can give some juice. Or terror. Or both.

Long gone are the days when inspiration struck often enough that I might have two or three columns stored up, taking the sting out of deadlines. On the plus side, by idly waiting (see what I did there: idly, Idyllwild,,, pretty slick, huh?) until the last minute (or a day or two later) I have not lost anything from a computer crash in years. On those occasions where things are going well, I usually have my column written in my head for a few weeks and then finally put it down on paper. Well, not paper but you know what I mean. 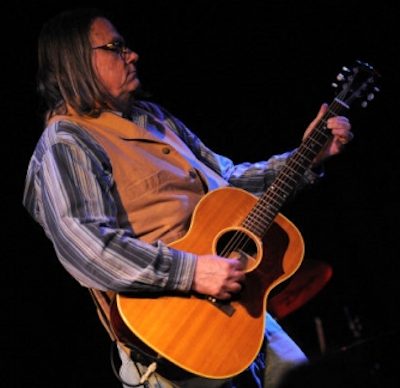 So, here’s my two cents on being a columnist, worth every penny. Write about what you love or at least like. Try not to be too evangelical but believe in what you say. Don’t keep checking the word count on your computer. Pardon me for a second while I do so. Document ideas you may have so that they don’t slip away when you fall asleep at your computer, your face hits the keyboard and destroys your work. An upbeat column is better than a negative column, but sometimes negative columns make sense and have to be written. Ask advice and questions from people who know more about a subject than you do. Make friends in the business. Don’t steal from other writers. If you use real life people in your writing, be kind. I have to admit I’ve written columns documenting stupid behavior in the folk world, but luckily that behavior has usually been my own.

I also have made a strong attempt to ask readers to support live music. Not just because that’s one of the things I do as a performer, but because live music is incredibly important to our culture. Our electronically enveloped world can make it seem somehow old fashioned to seek out live performance. After all, you can just watch on YouTube, right? But the enjoyment/education that comes from sitting watching a live person or persons playing music cannot be captured on film. That’s because a live performance is so much more than just music. Anyone who has felt the uplift that a good live music event can bring knows exactly what I am referring to, and anyone that hasn’t has my sympathy. For those of us who treasure folk music in all its forms, there is a certain indefinable magic at hearing real instruments played by real people, singing in real non-pitch-controlled voices. I recently played a benefit show where the MC actually pointed out to the audience that “these guys are playing real instruments. That’s a real fiddle, that’s a real guitar and that’s a real harmonica. A harmonica!”

Okay, I just checked. I’m over a thousand words, and a day past deadline. Redundant as it may seem, support live music. And maybe play some live music yourself.