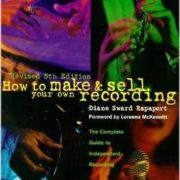 THE CD: AN ELECTRONIC BUSINESS CARD 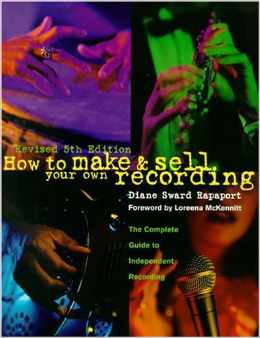 Things change in the music business, sometimes overnight. The whole big record company/radio/television thing that dominated the music business for many years is no longer in place, or at least not in the same manner.

At the beginning of my “music business career” an artist who wanted to record had one primary goal: to find someone to sign them to a record company contract. There was little or no concept of recording, releasing and marketing a recording outside of the “system.” For folk or folk related artists, the field was significantly smaller, as were the record companies.

The concept of self-production was so alien it sprang a book in 1979 called How to Make and Sell Your Own Record: The Complete Guide to Independent Recording by Diane Sward Rapaport. Since she has periodically revisited the subject, this is still a great book that goes into all the aspects of self-production.

So what to do? Recording is still fun, and for some odd people, so is promotion. If that’s the case for you, then by all means, record and release. But if you don’t want to go the full route of releasing and promoting, should you give up on recording? Absolutely not. CDs and downloadable music has become so prevalent as to be the rule rather than the exception. It’s possible that you will need recorded music to land even that low paying coffeehouse gig.

Many sites now sell downloads, so you really don’t have to make a physical CD. However, having something to hand a prospective employer may be a better idea than handing them a slip of paper with your URL on it. And there are ways to at least partially recoup your investment. I have almost completely eliminated a closet full of my first two CDs by placing a sign near the tip jar and CD display at my gigs: “CDs are FREE! Tip jar donations gladly accepted!” I still have to pay sales tax, but I need only provide a minimum dollar value per CD, the same as I would if I were sending them for promotional reasons.

So as your paper business cards are disappearing, perhaps it’s time for a digital replacement. While you’re at it, remember to go out and enjoy some live music. Pick up a free CD, and drop in a sizable tip. You’ll sleep better at night.

THE CD: AN ELECTRONIC BUSINESS CARD