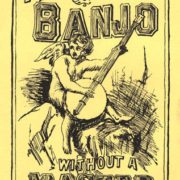 The Banjoist Is Assured of a Hearty Welcome 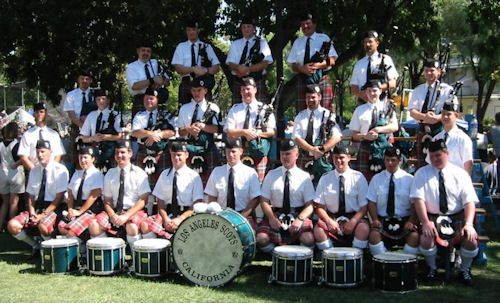 Festivals, past…I’m writing this on a cool August Sunday morning, the day after the spectacle that is the World Pipe Band Championships. Held every August on Glasgow Green, this is the event that determines who will be named the best pipe band on the globe.

For those unfamiliar with the genre, pipe bands are separated into four numbered grades, with Grade 4 being the least experienced and Grade 1 the top bands in the world. (For those who are familiar, yes, I know that’s a very simple explanation). Bands compete only against others in their grade, and can be progressed upward through the grades as they achieve certain levels of skill and success in competitions.

Los Angeles has (at present) only one Grade 1 band, the Los Angeles Scots Pipe Band, usually just called LA Scots. Every year they manage to raise the funds for their entry, travel and accommodation at the Worlds, and although they’ve never been among the top winners they frequently pass the qualifying level and get to compete in the final. This year, their overall showing was a bit less than they’d hoped, but on the brighter side their drummers managed to place first in one of the two qualifying divisions.

The winner of the Grade 1 competition is generally considered to be the overall best pipe band in the world. This year, for the second year in a row, the winning band came from Ireland. Field Marshall Montgomery (yes, that’s a band, not a person) was named champion for the eighth time, with Scottish Power coming a close second.

And future…The schedule won’t be published for another couple of months, but now is the time to think about making travel arrangements to visit Glasgow in January for the annual Celtic Connections festival. The 2013 version will run from January 17 to February 3. At that time of year, flights cost a bit less than they do in the high season, and the hotels in Glasgow are pretty good about not raising their prices for the festival.

Yes, it’s a real commitment to spend money on international travel arrangements without even knowing who the performers will be, but Celtic Connections is the premiere festival of Celtic music and always includes fantastic concerts, workshops and other events. To get a feel for the sort of events that are featured, have a look at last year’s lineup.

“The banjo is such a happy instrument–you can’t play a sad song on the banjo – it always comes out so cheerful.” – Steve Martin

“I want another banjo. Sure, I own two banjos already, but the world is a sad place these days and I think extra precautions are needed.” – John Kavanagh

“This machine surrounds hate and forces it to surrender.” – Pete Seeger

“I pick, therefore I grin.” – Unknown

“The Gibson Banjo is the modern ‘Open Sesame’ to a world of good times, fun, and happiness. Ability to play the banjo soon places one in position to pick and choose from scores of social invitation. Everywhere, the banjoist is assured of a hearty welcome.” – Gibson Banjo Catalog, 1927

Looking for something different to do? Want to get out of the heat and into a nice, air-conditioned environment? Have you ever been to the Grammy Museum?

The museum covers four floors in a building that’s part of the L.A. LIVE district, and is open 7 days per week. Inside you’ll find both permanent and special exhibits, and many of these are of particular interest to fans of folk, traditional and world music. For example, the permanent exhibit includes a section called “Songs of Conscience, Sounds of Freedom,” which covers the influence of songs on American politics. As I write this, there is a special exhibit that celebrates the 100th birthday of Woody Guthrie – check with the museum when you read this to be sure of the special exhibits that are on.

Here are a couple of trivia questions for you. The answers can be found at the bottom of this column.

Back in the 1960s, Bob Gibson and Bob Camp were a popular duo on the Chicago Folk Scene, playing regularly at the Gate of Horn. They were brought together by their manager, Albert Grossman and experienced a fair amount of success including the release of an album, Gibson and Camp Live at the Gate of Horn, which is still available today. After a few years, however, they split amicably to pursue separate interests.

* After the split, Bob Camp changed his name. What was his new name?

* Grossman once brought a female singer to meet Gibson and suggested that she join the act to form a trio. Gibson declined. What was the singer’s name, and what group did she ultimately make a career with?

* Several of Gibson and Camp’s original songs were recorded by other artists. Their song You Can Tell the World was included on the debut album of another duo who would soon be world famous. Who were the duo, and what was the name of the album?

The Banjoist Is Assured of a Hearty Welcome