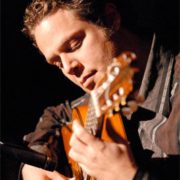 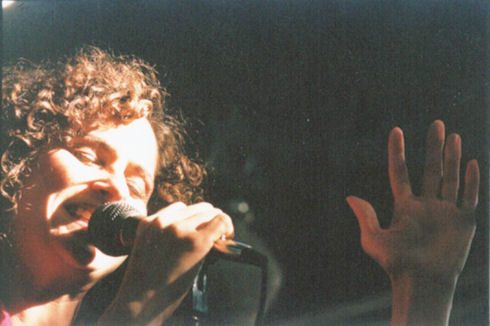 The connections among the cultures represented in the concert are very apparent to the performers. Vocalist Elizabeth Schwartz sings in Ladino, also known as Judao-Español. She says Sephardic music contains influences from Turkey, the Middle East, Greece, and the Balkans – areas to which Jews migrated following the expulsion. “What’s interesting is that in terms of vocal traditions of Sephardic music, it was largely female,” says Schwartz. “Women sang Sephardic music in Ladino while they were performing household tasks, either a cappella or together in harmony. Sometimes they added percussion. But a lot of the repertoire also was wedding songs and songs of love. I will be singing some songs of love in the concert.”

Schwartz will be singing a traditional Sephardic love song, The Nightingales (Los Biblilikos in Ladino) as well as a song composed by Yale Strom using Sephardic motifs. “It’s called Buena Semana Monte el Dio, which means May God grant us an auspicious week. It is based on a poem he found by a woman from Rhodes, Greece, which, after the expulsion, had one of the largest Sephardic communities on the planet… (The poem says) May God grant us an auspicious week/With abundant gold and silver/Houses with tall windows/Bread, wine, and salvation for us and all of Israel.”

“(In the concert), we’ll probably be doing a lot of improvisation and vocalese,”  adds Schwartz. 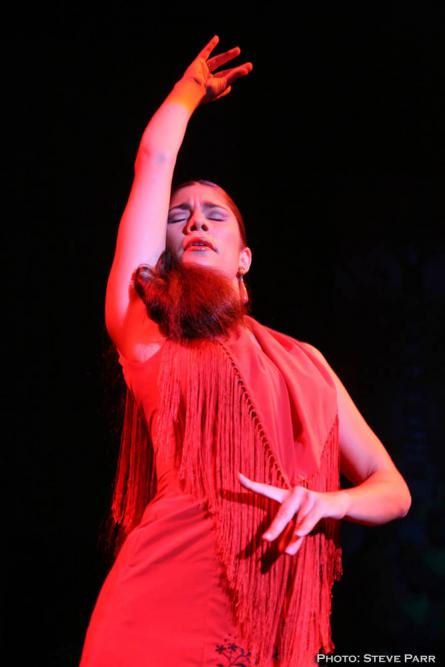 Improvisation plays a key role in Flamenco performance as well. Vocalist Marisol Fuentes considers the art of communication among the performers paramount. “When you have rehearsed words that are supposed to go with a specific rhythm and time frame, then you have to abide by that, but in normal Flamenco performances, you can almost say that anything goes, because there is more that comes from the communication between the singer and the guitarist and the dancer and the input of the audience has a lot to do with it, too.”

Flamenco performers improvise on a variety of rhythmic structures known as compas, each with a particular mood and usually an association to an area in Andalusia (Southern Spain, the home of Flamenco). “A lot of singers have very beautiful voices but they don’t know how to sing in compas and so they don’t do very well in flamenco,” says Cadiz-born Fuentes. “The dancer tells me and the guitarist with her body movements when she’s ready to slow down…When the dancer wants me to sing, she will call me with her feet – with a certain (rhythmic) pattern – the singer and guitarist watch for that…There are times when singing is appropriate and there are times when singing would be totally out of place.”

The content of the songs is largely tied to the rhythm. “Some rhythms are associated with a somber mood, longing; others like from my province are lighthearted, talk about fishing and fun – so it really depends on the rhythm.”

Fuentes notes that some Flamenco songs have their origins in Sephardic melodies and chants. 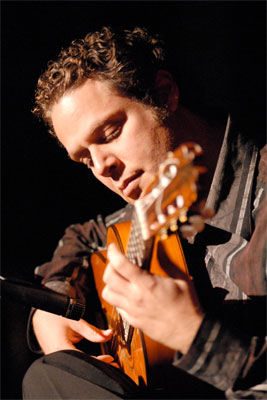 The guitarist participating in the ensemble, Adam del Monte, believes that Sephardic music is an important ingredient of Flamenco. “The Sephardic singing, especially in the liturgical singing, and the type of melismatic ornamentation that exists in the Sephardic tradition, which was (on the Iberian Peninsula) for 1500 years, it must have permeated the Spanish culture for it to be recognizable in Flamenco singing…remnants of that Sephardic soul, that expression, that comes through in the Flamenco. You can hear the echoes from the Sephardic influence in it. You have a historical and geographical precedent for it.”

Other ingredients of Flamenco cited by del Monte are Moorish culture, Andalusian culture, and troubadour culture. “The Gypsies were a catalyst for all these influences and they put their stamp of expression on it in a way that made it (develop) the intensity and passion that it has today.”

Israeli-born del Monte spent his formative years in Spain and learned Flamenco guitar through close association with a Gitano family he lived with during the summers of his childhood. He feels that the Gitano and Jewish people and their cultures have much in common. “(They are) two types of music, of two different kinds of people that suffered a very similar fate. The music was a survival mechanism. You can hear the history of pain and suffering in the music and similar expressions of survival that (are embedded) in the music, not necessarily the lyrics. Sometimes the lyrics, too, but more than the lyrics it’s the musical expression, the feeling of the music.”

Del Monte says flamenco has four components – “the singing, guitar, dancing and rhythmic handclapping accompanied by jaleo – vocal expressions of emotion and encouragement. The vocalist needs the guitarist to establish rhythm and flavor of the harmony.”

Of the dance aspect of the concert, vocalist Elizabeth Schwartz says, “The real star for me is Lakshmi Basile, the dancer from Sevilla. You’ll see. Your jaw will drop.”

Schwartz is pivotal to the program in that she sings in both Ladino and Arabic. One song with lyrics written by an Israeli in Yemini Arabic is based on a poem Yale Strom found in the UCLA archives and set to music titled Ya Wachti or Oh My Brothers. This contemporary song is about brotherhood and commonality. “(Another) very beautiful traditional song called Lamma Bada expresses love and longing for a beautiful woman. Traditionally it’s sung by a man.”

Of the challenges associated with singing in Arabic, Schwartz harks back to pronunciation. “(You have to) make sure you’re pronouncing everything correctly and that native speakers will understand. But also there’s the emoting and making sure that the intent of the song is conveyed properly.”

Yale Strom has a triple role in the Souls on Fire as music director, composer, and performing musician. As a violinist, he will be drawing on stylistic qualities not associated with the klezmer repertoire in which he is typically immersed. “In terms of the Arabic tunes, you’re going to hear the modal qualities, the Arabic scales that we would not hear in the Western music. So I’m going doing lots of glissandos (slides), a certain fast type of trilling that even harks back to the spike fiddles that were played in India where you have it on your knee. You have to remember that the violin as we know it only came into (its current form as a) Western classical instrument in the 16th century in Italy.”

In fashioning the program for Souls on Fire, Strom conceived a kind of musical celebration of the Jewish, Moorish, and Gitano cultures that flourished in Spain between the 12th and 15th centuries. The 500 years before the expulsion of Jews and Gypsies in 1492 were particularly rich, says Strom. “Many historians will say that this period of time in which there were the Jewish, Muslim, and Catholic cultures co-existing with the Gitanos floating in between with their culture, particularly in their music, (was a golden age). Jews were allowed to trade. They were in contact with rabbinical authorities in France, in Germany, in Italy, in North Africa. Great Hebrew poetry was being written. The music, the ballads, the songs. Moses Maimonides lived in Cordoba for a time (before moving to North Africa).You had the exchange of ideas in the sciences, in music, in literature, in poetry. There was a very famous school called the School of Translators. Jews, Muslims, and Catholics were working there. And what were they doing? They were taking texts that had been only in Hebrew or only in Arabic or only in Latin or maybe in other languages since many of the Jews spoke several languages, and they were translating these texts – treatises on philosophy, on mathematics, on astronomy, on poetry – that had only been read by a few elite people. (As a result,) these works began to spread across Europe. So, historians say that the antecedents of the Renaissance period, which began around the 1500s, (were in) the Golden Age of Spain and we can really see how the Jews and the Moors were quite influential with the spread of these new works.”

The Souls on Fire concert is being sponsored by the Jewish Music Commission of Los Angeles. Among JMCLA’s goals is “to explore Jewish identity through music and to introduce new Jewish artists and compositions to synagogues and communities throughout the world, thereby creating forums of discussion and creativity that bring us closer together with other cultures and religions.” Yale Strom has worked closely with JMCLA to promote the concert. “What I understand as one of their main reasons for existing is to encourage new Jewish music to be composed,” says Strom. “That can be “classical” in the Western sense, but they have encouraged pieces of folk material. Not only do they commission it but they have it presented to the wider public. And so we’re very grateful to Dr. Braun (Richard Braun, Commission Chairman/Founder) and all the people that participate in that group.”