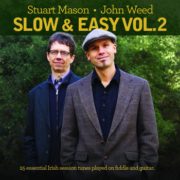 A Great Selection of Session Tunes for Beginners 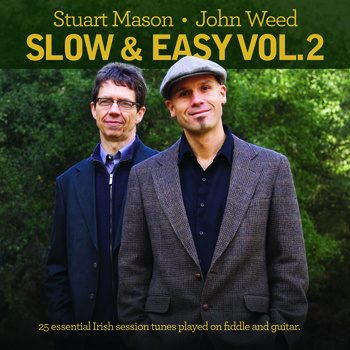 Playing with others is one of the best ways of improving your playing and certainly an enjoyable one. But it also is a difficult step that many never are able to overcome. A key challenge is find a common repertoire shared with other musicians. All styles have core tunes that would be known by experienced players in that style – but usually just in that particular style. Neither instruction books nor tune collections are particularly helpful to identify an initial core repertoire.

For Irish music, John Weed (fiddle) and Stuart Mason (guitar) have just released a second set of 25 tunes that qualify as core tunes for Irish/Celtic sessions, following up their Slow and Easy Volume 1 from 3 years ago. Volume 2 of Slow and Easy, unsurprisingly, is a collection of easy tunes played at a very slow pace. The pace makes it easy to pick up tunes by listening even if you do not have much experience with it. To play with others, you will have to bring up the speed as the recordings are slower than what you would encounter in a slow session. Stuart send me this link to share; tunes can be streamed from there for free or if you want another format you can buy them there: stuartmason.bandcamp.com/album/slow-easy-vol-2-with-charts

I thought Volume 1 was an excellent selection of tunes and I have recommended it to many people, and Volume 2 is just as good. These are lovely tunes, well known, fairly easy to learn in basic form. Eventually, you will need to bring them up to speed, but the only challenge is with reels (I think roughly 2 ½ the pace John and Stuart play them).

As with all traditional tunes, there is no “true” version and John plays almost all tunes a little bit different than I play them. But his settings are all excellent and work great. There are 4 tunes that aren’t in my repertoire yet, but I’ll learn them. 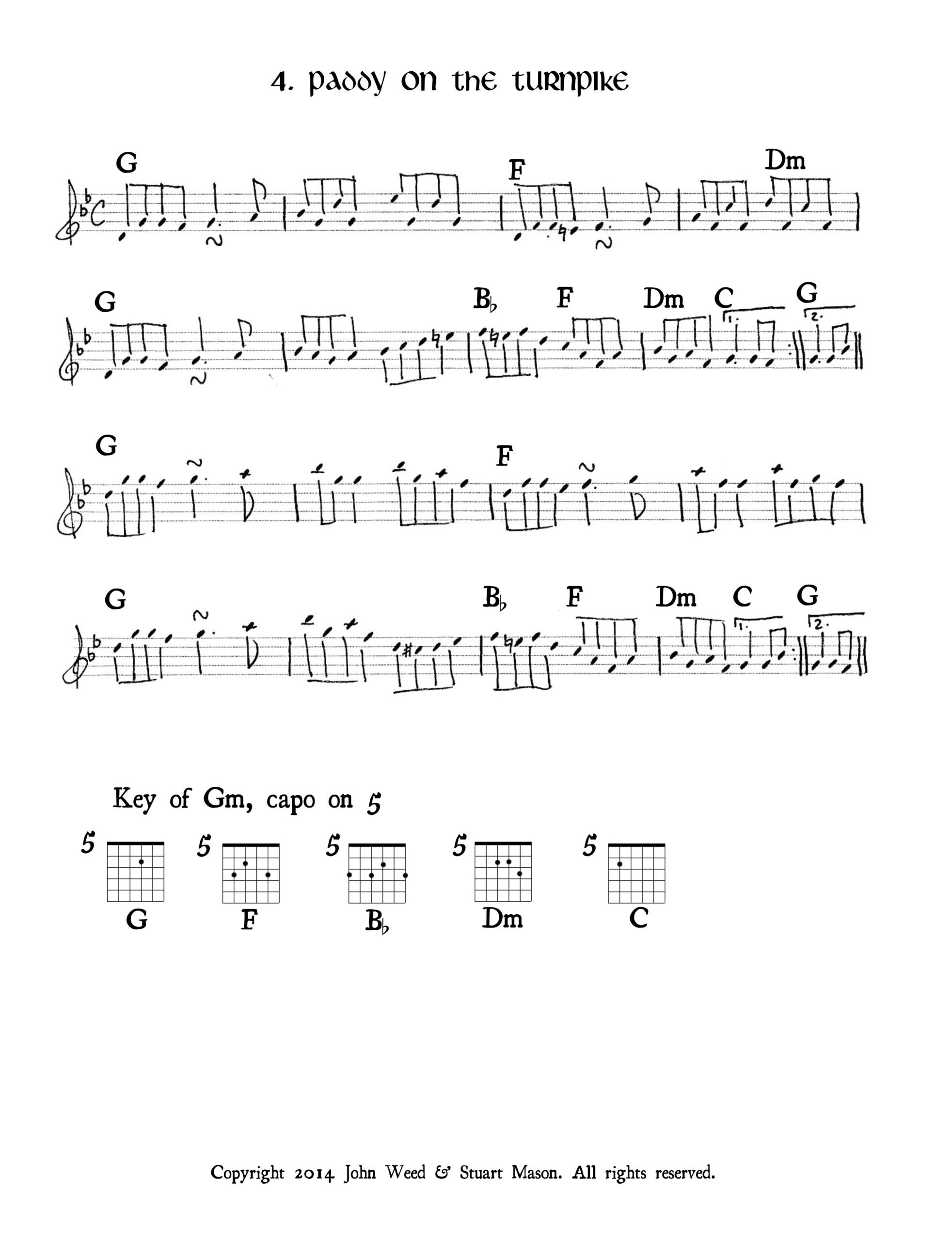 You can’t learn by ear and need more sheetmusic? No problem, Stuart send me this link, which has transcriptions not only for the new recording, but for their first one as well, all 50 tunes: stuartmasonmusic.com/slow-easy/

John and Stuart are best known as members of Molly’s Revenge, a California-based, but internationally touring, Celtic group. John started off a classically trained violinist and was introduced to the world of traditional music by the playing of Dale Russ. He lived in Ireland and while living there studied with Clare flute player Bill McNamara. Stuart Mason was born in West Virginia and starting out supporting himself playing bluegrass and country music, eventually exploring the traditional music of West Virginia. Somewhere beneath the mountain fiddling of Appalachia, he discovered Irish music, which became a lifelong passion. As a duo and in their other group Little Black Train, they play traditional tunes and songs that explore the connection between Irish and Appalachian music, but the learning CD is purely about standard Irish session tunes.