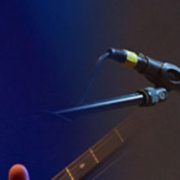 When I was a kid, most of my friends wanted to be things like nurses and firemen when they grew up. My career goal was a bit different—I wanted to be a backup singer. You know… a Vandella, or a Pip, or maybe one of those anonymous women who appeared on TV helping Perry Como or Dean Martin to sound good. (OK, I also desperately wanted to be the third Everly Brother, but there was that nagging problem of gender).

It seemed like the perfect career choice. It involved singing (mandatory), you got to record, go on tour, meet cool people, and get paid. But you didn’t have to put up with the downside of fame, or worry about whether your next album would sell.

I never did achieve that career goal, although I came close a few times. But I have continued to admire the singers who make their living doing what I now know is a challenging and sometimes stressful job.

Last year, a brilliant movie was released called 20 Feet from Stardom that tells the story of some of the top backup singers of the 60s and 70s; legends like Darlene Love, Lisa Fischer and Merry Clayton, among others. Produced by Morgan Neville, it was nominated for an Oscar in the documentary category, and was also the top-grossing documentary of the year. The stories are fascinating; these ladies have worked with everyone from Phil Spector to the Rolling Stones. In many cases, they came from Gospel backgrounds and made up their backing arrangements on the spot at recording sessions.

20 Feet from Stardom is available on DVD and to download or stream now. I suspect it will be even more fun to watch at home, where it’s OK to join in with the doo-bops and shang-a-langs.

It’s been awhile since I shared any mis-heard lyrics (aka Mondegreens), and a few new ones have come along lately, so here you are:

We didn’t start the fire; it was always burning said the worst attorney. (Billy Joel)

And if you can’t be with the one you love, love the wonder witch. (Crosby Stills Nash & Young)

I have my books, and I’ll grow a tree to protect me. (Simon & Garfunkel)

English finger-style guitarist Martin Simpson and American banjo player Dom Flemons (Carolina Chocolate Drops) are collaborating on a project to explore the path of folk songs that have travelled over the years between England and the US.

The project has been commissioned by EFDSS (English Folk Dance and Song Society), and will culminate in four shows to be presented throughout England during July. Their research will be conducted at the Vaughn Williams Memorial Library, located at the Cecil Sharp house, and will include access to the archives of Cecil Sharp’s notes from his many trips to collect songs in the Appalachian Mountains.

The pair is well qualified for the task; Simpson lived and performed for many years in America where his interest in the English/American folk song connection began. Flemons is known for his expertise in the American folk tradition, and he became interested in the cross-Atlantic history of songs when he played a gig at Cecil Sharp House and had an opportunity to view the museum.

At present, the four English concerts are the only ones on the schedule. One would hope that funding might be found that would allow a few concerts to be performed in the US as well.

A guy goes into a pawn shop to find a conversation piece for his apartment. While there, looking at all the stuff people pawned, he sees a dead rat on a rope, stiff as a board. Wow, that’ll start a few conversations, he thinks to himself, and asks the shopkeeper for the price. A hundred dollars the shopkeeper says. I’ll take it says the guy.

He starts walking home and soon he notices that rats are following him every step of the way. The farther he walks the more rats appear. He heads for the local harbor with so many rats following him he’s running. He takes the dead rat swings it around his head and throws it into the water, and what seems like every rat in town jumps in after it.

The guy runs back to the pawn shop and says, “Have you got any banjos?”