A very young lady and her camera. A peek into the early music scene from the late sixties to the late eighties

The year was 1964. Lyndon Johnson was President and the W 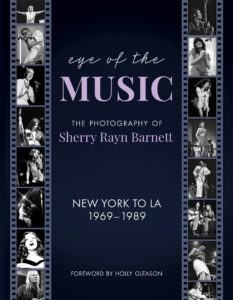 orld’s Fair (will we ever see one again?) was in full flower in Flushing Meadows, New York. The New Christy Minstrels were performing to crowds that grinned and swayed to our music. “Green Green”, “This Old Riverboat”.  You know, what we used to call ‘Good-Time’ music. Coats and ties, hair neatly combed, we mounted the stage under the sculptured globe that represented the nations of the earth – two shows daily. Another time, another age.

Done with our set, we’d put our instruments down and wander into the crowd.

It was afternoon and warm and I remember a middle-aged lady approaching as I stood talking with a few folks from the crowd. A waif of a girl – she couldn’t have been more than eleven or twelve years old, holding her hand. Around the little girl’s neck on a lanyard was a turquoise-colored Kodak ‘Brownie’ box camera.

“Do you mind if my daughter takes your picture”, the lady asked.

Who could have known at the time that my picture had just been taken by someone who would someday become one of the most recognized music photojournalists of the folk-jazz-folk-rock era?  And a friend of mine to this day.

Sherry Rayn Barnett today is not only a recognized music photojournalist but a skilled musician in her own right. More about that part at the end of this column.

The book Eye Of The Music is a collection of Sherry’s photos, dating back to when she was a fledgling photographer haunting the back street performing venues of Greenwich Village and Harlem while a high school student at the iconic High School of Performing Arts” (think the movie ‘Fame’).  Her camera memorialized soon-to-be world-famous artists in the heat of their performing moments, not posed for publicity shots.

Holly Gleason, who wrote the Foreword for the book writes:

“[Sherry] knows the rhythms of the life: killing time, taking the stage, the ebbs, surges, and climaxes of a set delivered with maximum intent…she senses the energy gathering and understands the exact moment to click.”

The photos in “Eye Of The Music” capture the folk, early folk-rock, and rock and jazz music from New York to Los Angeles spanning the years of 1969 to 1989.  A photo of Ike and Tina 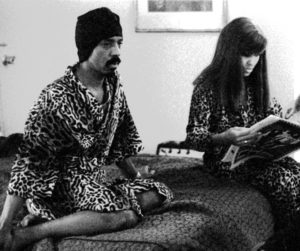 Turner pensive in their hotel room before a concert. Holly Gleason writes: “…paused on the bed in their room, the tedium so common for any band on the road in the 60’s, ‘70s, and 80’s is palpable. Suspended in the waiting, they exist to explode on that stage…”

Sherry’s photos capture the artists (in her words) “in prime moments, mostly onstage, in their defining elements.” The photos in the book were taken in venues large and small over a period of twenty years. As a high school girl, Sherry haunted the coffee houses, clubs, concert venues of New York’s Greenwich Village, Town Hall, park festivals, and any venues that would permit her to take photographs.

Most of the photos are on-stage in the heat of the performance moment, but there is an ample number of backstage photos of artists caught off guard in moments of thought, laughter, a conversation that reveals the life of the performer, the mood of the moment and the joy of companionship. The list of artists photographed is too long for this column, but they include those who were destined for stardom like Linda Ronstadt, Joni Mitchell, James Taylor. Jazz artists like Miles Davis. There are candid photos of Eric Andersen, Bernie Leadon, John Denver, Arlo Guthrie, Buffy St. Marie, Tim Hardin, Judy Collins, the list goes on. All captured at a peak moment of performance, or off-guard in a moment that brings the era back into full focus – its ambiance, its flavor.

Eye of The Music stretches from the little clubs of Greenwich Village during the spawning days of folk music when artists like Tom Paxton stood on a lone stage by himself with his guitar, to grand reunions of artists at festivals and places like the Hollywood Bowl. Candid photos of folks like Roy Orbison, David Bowie that let us peek into moments of joy, tension, and relief, all of which define the life of a music performer.

Sherry continues to shoot photos in her home city of Los Angeles. I doubt that there is a club owner or venue manager who thinks twice about opening their doors when they see her with her camera bag over her shoulder.

As mentioned earlier (I promised I would return to it), Sherry attended New York’s High School of Performing Arts and while there studied classical guitar. Well, the guitar remains a vital part of her life, but the classical part was sacrificed in favor a couple of Fender Stratocasters, and a collection of acoustic guitars which Sherry plays regularly as a member of the band “Mustangs of The West.”  The original Mustangs of which Sherry was a charter member may be recalled by some here in Los Angeles as being regulars at the now closed and gone “Palomino” club in North Hollywood. The current group “Mustangs of The West” can easily be found on Blue Elan Records, a boutique record label here in Los Angeles.

Eye of The Music can be found and purchased on Sherry Rayn Barnett’s website.