These instruments sound a major second

below what is written:

These high instruments sound a minor seventh
above  what is written:

• Piccolo trumpet (may also be tuned to A)

Our story begins in New York sometime during the Second World War at the American Museum of Natural History. During a rehearsal of the visiting New York Philharmonic, it was noticed that something was upsetting Oscar, a live alligator residing at the museum. No one knew what was making Oscar bellow when the orchestra played, so the museum’s resident scientists constructed an instant experiment. They had various instruments play different notes for Oscar. It seemed that when a note one octave below middle C was played, Oscar began to bellow. The experiment was repeated in the 1990s on an ABC news broadcast and the gators at a Florida roadside attraction had the same response, treating the audience to a rousing gator serenade. That note, of course, was a B flat! But why B flat? Perhaps gators know something we don’t though it more likely has something to do with resonant frequencies that either irritate or excite them (see my previous article, "But I Am Standing – Reflections on Resonance & Standing Waves", Page 4, Vol. 4, No 5 in the Archives at www.folkworks.org). 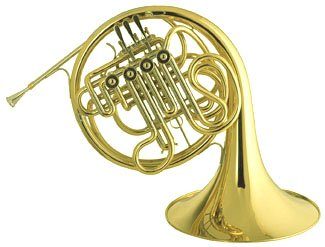 For many people the piano, not the alligator, is their main exposure to the world of music. For the pianist the key of C major is sometimes referred to as, "the people’s key." Having no sharps or flats makes the key of C major the easiest to visualize since it can be played using only the white keys on the piano. Also the sheet music in the key of C major is the easiest to interpret since there are no sharps or flats and the notes can be played as written. So C major must be the natural center for musical instruments, right? While this might be true for the piano, it’s not the case for wind instruments, many of which play in the key of-surprise-B flat! See Figure 1.

Does this mean that B flat is special? Well, maybe, but for wind instruments it really has more to do with the length of the instrument. Wind instruments are basically resonating columns of air within a tube and, as such, their fundamental frequency and all of the overtone notes depend upon the length of the tube. For more details, see Horning In On the Harmonic Series Vol. 5, No 2 in the Archives at www.folkworks.org.

The orchestral version of the French horn (often referred to as just, "the horn") used to be mostly in the key of F. But, even after the addition of valves, the F horn was very challenging in its higher registers where the partials, or harmonic overtones, are so close together as to invite performance errors. To address this problem the higher B flat horn was often used instead. By the late 19th Century the use of the F versus the B flat horn was a hotly debated issue. While the B flat horn was brighter, the F horn was deeper and richer. In 1897 the introduction of the German "double horn" (see Figure 2) combining both F and B flat on a single frame seemed to settle the issue. 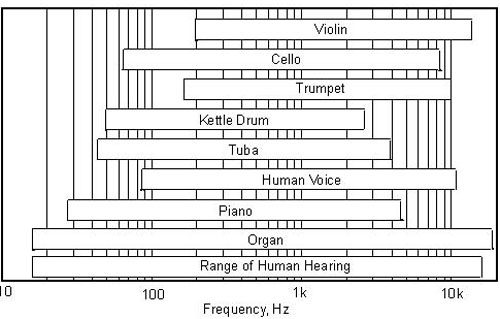 The last part of this story takes place late in the year 2003. Astronomers at NASA’s Chandra X-Ray Observatory aimed their equipment at a super-massive black hole in the Perseus cluster of galaxies 250 million light years from Earth. The data collected indicated that the black hole was humming in the key of B flat. Before you run outside to tune your guitar to this cosmic B flat you should know that it is a million billion times lower than anything you can actually hear. What the scientists described as the "sound" from the black hole was a B flat 57 octaves below middle C. Compare this with the piano’s seven octave range (see Figure 5) and it should be clear that it is not within the scope of human hearing. 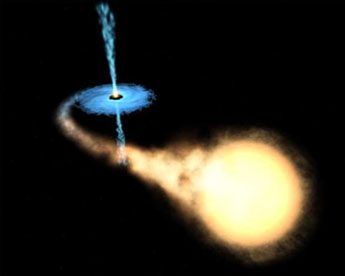 For the sake of this discussion, let’s assume there is a sound even if it can’t be heard. But, you might ask, doesn’t sound need to propagate through a medium and isn’t space a vacuum and therefore devoid of sound? And while we’re at it, aren’t black holes supposed to suck in everything around them, including light and sound, never to be seen or heard again? So how can a black hole be broadcasting music in the key of B flat? To understand this phenomenon, we need a quick Black Hole Basics 101 lesson.

As the matter surrounding any size black hole accelerates to nearly the speed of light it evolves into a highly energized whirlpool of plasma. As it is about to disappear forever into the void, it releases a huge amount of energy that is ejected from the black hole as two opposing plumes of X-rays (see Figure 3). The "sound" (perhaps B flat?) that propagates through the swirling matter cannot transmit through empty space but it can affect the X-ray output of the system. Sound is not part of the electromagnetic spectrum (see Figure 4) but X-rays are and so the sound reaches us piggy-backed on the X-rays much as voice broadcasts reach us by riding on radio waves.

So once again, music, stars, and the universe all seem to dance to the same tune. Until next time, I hope that you will stay tuned.

SEE YOU LATER ALLIGATOR OR WHAT’S SO SPECIAL ABOUT B FLAT?