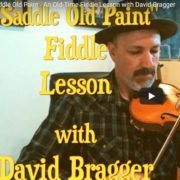 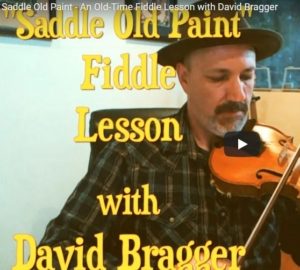 It’s been a long minute since I’ve recorded a fiddle lesson for FolkWorks, so I decided to start the new year off with some notes and bow strokes for you. I’ve recently fallen in love with the tune Saddle Old Paint which was recorded decades ago by Ohio fiddler Forest Pick. 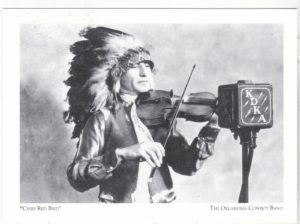 .It’s a hypnotic G minor tune that multi-instrumentalist and bandmate Pat Mac Swyney turned me on to at the Santa Barbara Fiddlers’ Festival. This tune sounds equally at home in Scandinavia. Apparently, Forest Pick learned it from a Cherokee fiddler known as Chief Red Bird was a Detroit-area bandleader and dance fiddler who played on the radio and even recorded 78rpm records with Otto Gray’s Oklahoma Cowboys from 1927 to 1933. He was born William A. Sanders in 1899 and died in 1978.

Sanders was once quoted as saying:

I was playing them old tunes down at a television station, and the announcer said, “Chief, I bet you made a lot of money with that old fiddle.” I said, “Well, quite a little bit.” He said, “How much did you make on one setting?” So I said, “One setting, you mean? Well, let’s see. It was me and my brother Sam, we was a-playin’ for a country square dance, and we made nine hundred and five dollars apiece. “Nine hundred and five dollars apiece,” he said, “That’s a lot of money!” “Well, yeah, they paid us five dollars in cash and we had nine hundred dollars worth of fun.” 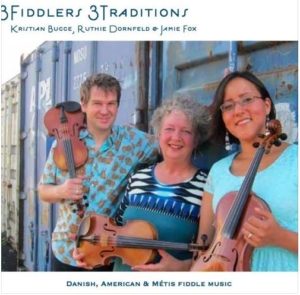 Before coming across the Pick recording, I found a beautiful version by Métis fiddler Jamie Fox, Danish fiddler Kristian Bugge and Seattle-based fiddler Ruthie Dornfeld, aka 3 Fiddlers. Their arrangement features some great harmony as well.

Recently I taught the tune to one of my private students, ethnomusicologist Dr. Jonathan Ritter (UCR), who happens to be a formidable hurdy-gurdy player. I thought it would be interesting to realize the tune as a hurdy-gurdy and fiddle arrangement. I’ve included our version below the fiddle lesson. There’s also tons of more drone to be had in Pat Mac Swyney’s version on cittern (octave mandolin). Happy New Year!!

Saddle Up the New Year: