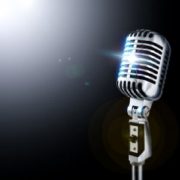 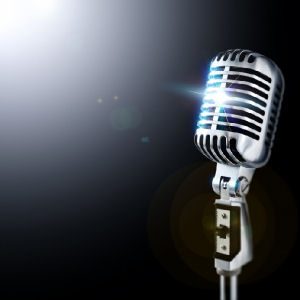 You like to play. Perhaps you’d like to play better, and you’d also like to play in front of some people. You’re not ready to try to play a professional gig, or maybe don’t even have that desire. Maybe you write songs and would like some audience reaction. The best bet is to find a local open mike, and go down and play. But what if there aren’t any open mikes in your neighborhood/city/neck of the woods? Or maybe there’s a great blues open mike, but you’re more of a folkie. What to do?

Somehow, someway find an open mike. Make it part of your next vacation, or the trip to your in-laws. Maybe their town has just what you need. Pay strict attention once you locate said open mike…because you’re going to start your own. Attend and steal every good idea.

I inherited viable open mike years ago, and stretched the run several more years. When that venue finally decided to part company, I succeeded in finding another venue and ran it for a bit more than a year. When that venue lost its lease, I retired from the open mike game.

At first thought running an open mike probably equates to dental work sans Novocain, but there are benefits. You’ll get to play. You’ll meet others that play. You’ll meet others that play stuff you like and can “appropriate.” You may meet people you find attractive on a non-musical level. You may also dislike certain aspects, such as phone calls/emails/texts requesting/demanding a better/different spot or perhaps cancelling last minute. You will now use your juggling skills. A good open mike manager also can serve as a match maker, pairing that fiddle player with that guitar player, and finding an accordion player for that singer-songwriter.

So first things first. A venue. Best is a restaurant, bar or coffeehouse that has seating, a stage, etc. Most venues don’t provide live music every night, but the “infrastructure” may still be there, whether than be a nice stage, lighting and a full sound system to a large open corner. So perhaps the venue is “dark” on Mondays and Tuesdays, you sell the manager on the idea of folks coming in on these slow nights and filling the register with money. I think weekly is best for an active open mike, but bi-weekly or monthly is better than no open mike at all. If the venue bites, guess what you worry about first? What kind of music, whether to keep it strictly acoustic, etc.? Nope, you worry about whether the open mike performers and patrons will purchase enough to sustain the program. You can fill the place to the rafters, but if those die-hard fans and performers nurse a soda for two hours, you’ll not make it a month. This is probably the toughest single aspect and the hardest to insure. So as you ease into this indentured servitude, think about this a lot. Maybe the venue can provide “punch cards” for a free drink the following week, or other ways to entice the listening crowd to also being the paying crowd. Open mike crowds can be notoriously frugal with serving staff, too. Remind the patrons to tip the staff. It really works.

So first you set a date to start, and find out what else you may need to work at the venue. Do you need a sound system? Mikes? Make sure you have ample and workable equipment. Nothing clears a room like 45 minutes of tinkering with a sound system prone to elephant squeals.

Advertise at the venue and wherever else you can. Local music stores or performance halls may allow a poster. Use the internet to add your open mike to the local media including newspapers and web sites with “things to do” sections. Maybe the local media is interested in doing a piece on the open mike. If you’re promoting a particular style of music, let any societies or clubs know about your open mike. You can also branch out and have our open mike truly open, so it’s all styles of music and spoken word. Poets followed by harmonica players.

You need to get the word out to the potential performers. If you are the only one who shows the first night, you’ll be on stage for the whole night. During the end of my stellar open mike manager career, this started to happen more and more. No one really wanted any of the 10pm to 11pm slots, so eventually it dawned on me to just shave the last hour off. This relieved me of having to play Neil Young songs for the two tourists that remained after 9:45…So be flexible. You will find that you will be tempted by the performer who brings in a large crowd, but is actually not very good. Do you give them a longer slot than the high school kid who is channeling John Fahey? Tough call.

Payment… some open mikes offer each performer one free drink or a credit slip. Some do not. Some open mike venues pay the individual who manages the open mike. Some do not. This is a good thing to discuss with the venue first thing. If the venue is unwilling to commit to compensation for your management of the evening, perhaps a percentage of the take can be arranged. Or a very minimal cover charge that goes to the manager. Do your best. I was compensated about the same amount a solo artist would make, which was not nearly enough but much better than nothing.

Good open mikes are part of a healthy music scene. It’s rewarding to see performers mature on stage. It’s good to see groups form from the various performers. It’s fun when it runs well. If you can find like minded souls to assist as volunteers, that’s great. On the other hand, chances are you’ll be tearing down the sound system and loading it in your car by yourself. Some open mikes become legendary, and the manager’s names are actually known. That, however, is very much the exception rather than the rule. Don’t do it unless you love music.

Meanwhile, catch a new band this weekend. Buy stuff at the venue, tip the wait staff and let a smile be your umbrella.