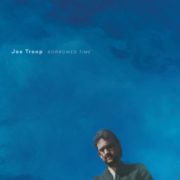 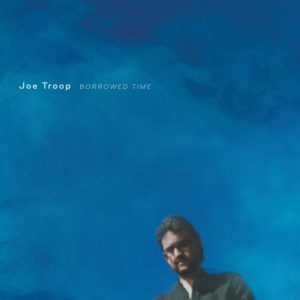 Sometimes you come across an album that hits you where you need to be hit and leaves you completely changed. It might be from an artist you’re familiar with and it might be from someone new, but you know that from that moment, something inside of you is different. That’s how I feel about Joe Troop’s debut solo album, ‘Borrowed Time’ (Free Dirt Records).

As of August 20, 2022, this album will be one year old. I don’t know how it’s possible that that much time has passed since I put that CD in my Walkman, but I know it’s made the past year all the sweeter for me. It hasn’t just been sweetness, though. It’s also been bitterness. Righteous anger. A sense of the injustice that exists in our world. It’s inspired questions. How can music be a tool for change? How can music be used to tell the stories of human beings and our shared planet?

Despite growing up listening to and loving Woodstock-era music, I didn’t feel these questions so strongly and tangibly until I discovered Joe Troop, founder of GRAMMY-nominated Latingrass supergroup Che Apalache. With ‘Borrowed Time,’ he once again demonstrates his impeccable ability to tell compelling stories of injustice, life, death, and peace.

Although this album was born out of pandemic isolation and the resulting fact that the members of Che Apalache (Troop, Pau Barjau, Martin Bobrik, and Franco Martino) were separated, there is a thread of togetherness that is woven throughout this album. Togetherness through trial, triumphs, and most importantly – hope.

Joe is nothing if not judicious in his selection of musical partners, and ‘Borrowed Time’ is no different. Only the best are featured in this project. Collaborators and contributors include Béla Fleck, Abigail Washburn, Tim O’Brien, Charlie Hunter, Nokosee Fields, Trey Boudreaux, and more. In choosing the best of the best to help tell these stories, Troop further honors the sensitivity and importance of the issues at hand.

Speaking of those issues, the subject matter covered on this album runs the gamut. “Horizon” tells of a scorched planet, marred by rampant climate change. “The Rise of Dreama Caldwell,” featuring the Alamance Justice Choir, is a sharp critique of the cash bail system run amok in a North Carolina county. “Hermano Migrante” and “Mercy for Migrants” offer sobering images of the immigrant experience. “Purdy Little Rainbows” uplifts the rural, queer folk who simply aren’t able to hide in their far-from-metropolitan experiences. This album is drenched in the human experience of what feels like an apocalyptic world.

However, as Troop makes clear in his activism both musically and otherwise, we must not lose hope. In fact, it is irresponsible to do so. The despair we feel in this crisis-ridden world is our very fuel for working towards change. As he sings in “Horizon,” “love and rage make progress when they are combined.” Seeking this progress and making your indignation actionable begins with reaching out to your communities. “Call your friends and neighbors, what is right is right, let us not give in to earth’s damnation.”

The first time I saw Troop perform, he said: “Division-based politics has run its course as far as I’m concerned.” In “Love Along The Way,” the track containing the album’s title, he sings: “Ain’t no greater force on earth than unity.” His living, breathing message, body and soul, is that we will always find power and hope in unity. Unity is the lens through which we can begin to envision a new world, a healing world – the kind of “heaven on earth” that Troop sings of in the song of the same name.

To speak personally, this album came into my life at a time when I sorely needed it. Attempting to finish a graduate degree during a pandemic and a litany of other world issues made it hard to find a light of hope. Music is where I and so many others find that light, and to encounter an artist and an album so intent on harnessing that power changed me and gave me a reason to keep going.

I encourage everyone to check out Joe Troop’s musical projects both past and present. His commitment to using his top-notch musicianship and songwriting skills to tell moving stories and call for positive change is a blessing to a world so thickly draped in division and in darkness. I hope you will find the same comfort and empowerment in it that I do.