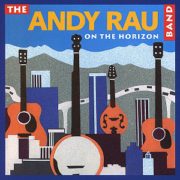 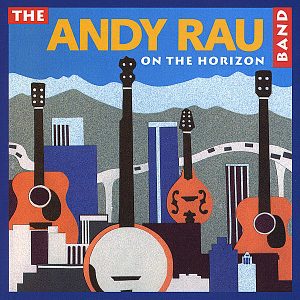 As much as talent and perseverance play a role in success in any endeavor, timing can end up being the most important factor. My ‘fame’ as a bass player rests mostly on a chance encounter at a street festival performance. A writer for Bass Magazine had been tasked by his editor to find a story about the bass that wasn’t from the jazz or heavy metal world, He noticed a bluegrass band using an acoustic bass guitar. I was holding it. The ensuing article about me ran in an issue with Paul McCartney on the cover and set a sales record due to Paul. And my profile as a bassist was elevated thusly. Later someone putting together a website that listed the world’s best 1000 bass players included me (low in the pack, though) and I have to assume that decision was completely predicated by that one magazine article.

But I have a much better example of right place, right time from my days as a bass player in the Andy Rau Band, a progressive bluegrass band. At that time the Rau Band was on Turquoise Records and were anxious to play festivals to promote our two CDs. We were hired to perform at a bluegrass festival in Three Rivers, California. We loaded up the wagons and hitched up the teams and made the trip north from our base in Southern California. It was a fine festival with good bands and we were provided nice motel rooms nearby. The first night after our arrival we participated in a jam at the festival campsite. For those unfamiliar with bluegrass or bluegrass festivals, jamming is a major component of the event. Some folks never approach the stage area at all, preferring to play music in the campsites. For performing bands, jamming after the shows can be a way to connect with old friends, make new and network with festival promoters and venue managers. There often is an element of bluegrass politics, and sometimes a little friendly (or unfriendly) one-upmanship.

The Rau Band was part of a hot jam that included many of the other performing bands. Although it wasn’t winter, it turned out to be a biting cold night. We picked and grinned in a little courtyard made by several RVs and travel trailers. Someone passed around a plate of homemade chocolate chip cookies. Someone busted a banjo string. Suddenly the skies opened, first with driving rain, then with hail. Folks scurried about, awnings were pulled down and the doors of the RVs and trailers slammed closed, leaving the four Rau Band members the only remaining outdoor musicians… and our cars were about ½ mile away. A land speed record for bluegrass bands was most likely achieved. By the time we made our slippery way towards the motel, the hail had relented and the temperature had risen to a semi-acceptable state.

Three Rivers has several claims to fame, one of which is the proximity to the General Sherman Tree. The General Sherman is a giant sequoia tree located in the Giant Forest of Sequoia National Park in Tulare County, California. It’s known as the largest tree in the world. As such, it garners a lot of tourist visits. Trust me, this is germane to our story.

The Rau Band played several times that weekend, and had the last slot of the festival late Sunday afternoon. A number of folks had already pulled up stakes and headed towards home on Sunday afternoon, so our audience was probably close to half of the crowds earlier that day. We were about mid-set when a tour bus pulled into the parking lot. A large group of people exited the bus, stormed the ticket booth and gained entry to the festival. Most of this group headed straight for the table where one of the band wives was selling our CDs. She was immediately overwhelmed by the customers, and sales continued even after our last song. All of the tour bus group seemed very excited and were very appreciative of our music.

As we headed to the CD table to sign autographs, we were made aware that our new fans were French. We sought out the bus driver/tour guide and the story was made clear. The group was scheduled to take in the General Sherman tree, but as is sometimes the case, fog had made viewing the tree impossible. The driver was on his way down the hills when he saw the festival and thought it would be a good way to kill the time that should’ve been devoted to the General Sherman Tree on the tour. To gild the lily a bit, the driver told his tour group that the band on stage were “famous American musicians.” And for about an hour, we were.

Attend live music. Search out new venues and support them. Tip your server and refrain from moderation if possible.