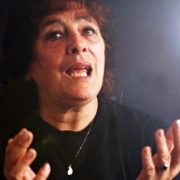 Protesting a Protest Song… Here in the UK and the rest of Europe, November 11 is designated as Remembrance Day, to observe the end of World War I. Poppies are worn and displayed everywhere, much like the poppies we wear in America on Memorial Day in May. This year, Remembrance Day has taken on a special significance because it is the 100th anniversary of the armistice, and one of the tributes was the designation by the British Legion of a special remembrance song. The song that was chosen was Eric Bogle’s No Man’s Land (aka Green Fields of France, aka Willie McBride).

Good idea, no? Yes, but the execution was completely fumbled. First, the privilege of making the ‘official’ recording was given to Joss Stone, accompanied by Jeff Beck. The result was a pop version with an accompanying video of a young couple having a picnic. So, why didn’t they just use Eric Bogle’s original recording? Who knows, but my guess is they felt they needed a well-known ‘name’ to sell the song.

But the furore began when the recording released and those who know the song realized that the final two verses had been omitted. Or, to put it less delicately, one of the world’s great anti-war songs had been turned into a fluffy tune with a message of “Hooray for our brave boys in uniform who gave so much…” Some words were arbitrarily changed as well, such as “I hope you died well…” in place of “I hope you died quick…”

Enter social media. On the first day of the release, the protests started appearing on Facebook, Twitter, YouTube, and folk forums all over the UK, and then around the world. In the end, the BBC removed the song from its playlist, although other stations continued to play it and hold discussions about both the controversy over the meaning and the integrity of changing the original composer’s words and meaning.

Finally, Eric Bogle weighed in on the issue, saying that he didn’t like what had been changed about the song, didn’t like the performance, but didn’t plan to sue anyone. That’s where it sits as I write this.

They’ve done it again… the Grammy nominations have been announced, and once again LA’s own Mariachi Divas de Cindy Shea have been nominated in the “Best Regional Mexican Music Album” category for their album Anniversario. There are a few FolkWorks friends and members in the band, so congratulations to you, ladies!!

Other nominees can be seen online. Like last year, there is a return to some old familiar (and welcome!) names including Roseanne Cash, Jesse Winchester, Steve Martin, Del McCoury, and the welcome return of Nickel Creek.

Albert Einstein lived in the US after 1933 in Princeton, New Jersey. Einstein played violin in a string quartet. He thoroughly enjoyed it, but the other musicians were less enthusiastic. One of the other players confided, “He can’t count.” 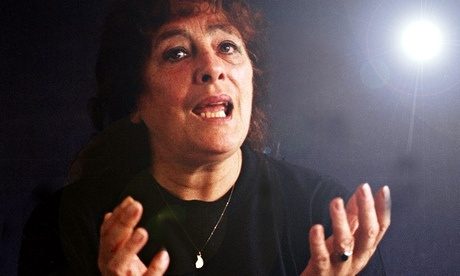 Scottish trad music has lost one of its most beloved tradition bearers, Sheila Stewart. Here’s how The Scotsman described her:

“Sheila Stewart was a traditional singer and storyteller of power and presence, a proud torchbearer for the rich culture of her travelling folk. Last of “the Stewarts of Blair”, a renowned Perthshire traveller family of tradition bearers, she took her songs and tales from the Perthshire berry fields to the White House, to Bellahouston Park for the papal visit of 1982, and to the lecture theatres of Princeton and Harvard.”

A remarkable life summary for a woman who was born in a Blairgowrie stable – no, not at Christmas. Sheila grew up in a Perthshire travelling family, part of the well know and very musical Stewarts of Blair. She learned music from all her family, including her mother Belle Stewart, who became “The Queen Amang the Heather.” It was mostly her uncle Donald who taught her how to sing as she picked berries, and she kept singing as she went through school, married, and moved to Dundee. Eventually, someone pointed her out to the great folklorist and songcatcher Hamish Henderson, and the rest was history.

I was lucky enough to have known Sheila, and to have spent a bit of time listening to her as she spoke about songs, singing, and the privilege of being allowed to sing them. She was like no other before her, and I doubt there will be another like her. If you’d like to know more, and I hope you would, then may I suggest that you start by reading the full text of The Scotsman’s obituary and then go on to read Sheila’s book A Traveller’s Life,  and what others have written about her.

Last week, I was talking with some musician friends over a glass, and the subject of Christmas music came up. I’ll not bore you with the wine-fueled details of the conversation, but the end result was a unanimous decision that the two greatest non-folk, non-pop Christmas compositions are Vince Guaraldi’s music from the Charlie Brown Christmas television show, and Benjamin Britten’s Ceremony of Carols. Neither is particularly “Christmassy” sounding, so if you aren’t familiar with one or both, have a listen to these samples.