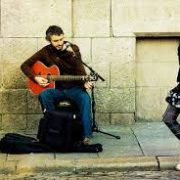 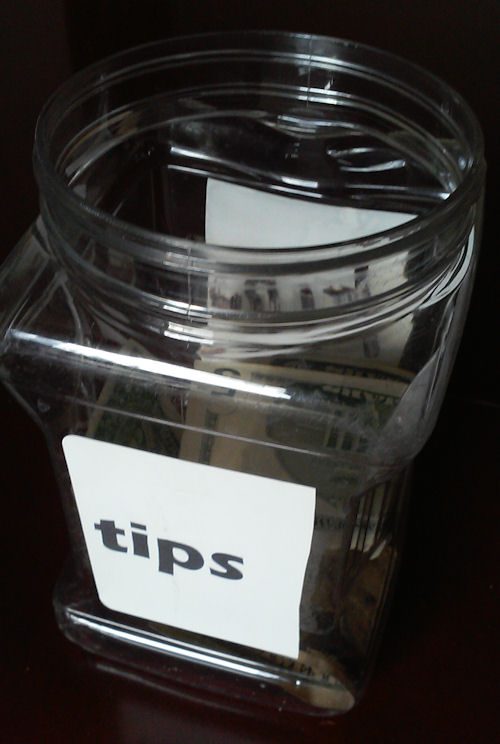 Some professional musicians play their entire career without ever performing for tips. I am not one of those. I have juggled my “music career” between the bread and butter gigs, which often include playing for tips, with those more prestigious gigs doing clubs, festivals and concerts. I love doing clubs, festivals and concerts, but in Southern California most folk/roots musicians cannot make a decent living just performing at just these type of venues.

I’ve done clubs, festivals and concerts. These rarely include tip jars. You are (in theory, at least) being paid to perform, and having a tip jar would be rude at best. Many casual gigs are not tip jar gigs, either. Corporate events; community fairs; backyard barbeques; benefits; and other similar gigs also would eschew the lowly tip jar.

So that puts the old tip jar at bars, restaurants, coffeehouses, and events like farmer’s markets. These usually do not pay very well, but the added incentive of receiving tips and/or selling product can make these gigs lucrative. Sometimes. And I have avoided “tips only” gigs, other than a few coffeehouse auditions. I know folks that play clubs for tips. And of course lots of musicians busk on street corners, movie lines and other spots where folks may pay to hear some live music.

So what’s the difference in playing where tips are involved? One aspect is having audience members request specific songs. These requests often are accompanied with tips, with some folks even hanging on to their cash if you can’t provide the song(s) requested. This can be a tough row to hoe: you don’t want to disappoint people, but to the casual audience member, the fact that you play an acoustic guitar and sing would mean you should know every song by Neil Young, John Denver, Jim Croce, Cat Stevens, etc etc etc. And you can receive requests that seem intended only as a joke, like when the bar patron asked the bluegrass band I was playing in if we could perform Little Anthony’s I Think I’m Going Out of My Head. We could not.

Another issue is redundant requests. Playing bluegrass to a non-bluegrass audience can guarantee several requests for Foggy Mountain Breakdown, Dueling Banjos, and the theme to the “Beverly Hillbillies”. If it’s a long gig with audience turnover, multiple requests throughout the gig can be disconcerting. One bandleader I worked for would respond to requests for Dueling Banjos by deferring, saying that it was just too hard to play. And of course this redundancy doesn’t just happen to folk musicians. Years ago I played with a gentleman who was driven from rock and roll by having to play Louie Louie for about 4 hours at a sweet sixteen party. Blues bands will face Sweet Home Chicago or Crossroads; German oompah bands will get Roll Out the Barrel; etc.

Are gigs with tips inherently different that non-tip gigs? They can be, but not always. I faced the wonderful dilemma at one café of being told I did too many cover songs! Hurray! I also have had vendor owners ask for more original material due to audience feedback. This is far more the exception than the rule. Playing for tips may cause you to alter your set list… if the audience has only responded to 1960’s rock songs done acoustically, I will play more of these. If they want to dance, I’ll play more stuff with a beat. If they’re being quiet and actually listening, I’ll do more ballads. 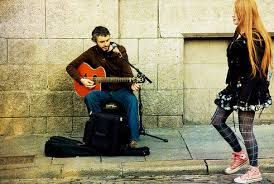 There is often no rhyme or reason for tips. It helps if folks see others dropping dough in the jar. It helps more if someone walks around badgering people to tip, but that is also very rare and borders on rudeness. I can clearly recall playing a roadhouse with a blues band, and a good portion of the audience had ridden Harleys to the gig. Tips were small, but an attractive female audience member grabbed the tip jar and pressed folks to unburden their wallets. This was an extremely rare occurrence.

Venue, date and time play into it as well. Many places do a much better Friday night than Saturday night. Weeknights are almost always quieter than weekends. Places that sell expensive drinks and food generally draw a tipping crowd, whereas inexpensive places may not. Resort communities often have venues that tip well.

And as a musician, it would be nice to say that tips don’t really matter that much and just the enjoyment of playing is enough. I wish that were true, but that is not always the case. It usually is a bit of a mystery until the gig is over on how many tips have been received. A bad night is often completely turned around by a big haul of tips. A great night of fun will also be somewhat diminished by poor tips, but somehow not as much in my experience. But I have not depended solely on music for my income for a very long time, and my experience is that musicians solely supported by music have to be more driven by the money.

And for the musicians themselves, tip jar etiquette is vague at best. I usually tip the wait staff from the take, especially if they have served me drinks or food. Not everyone agrees on this issue, and I have almost come to blows in the old days on this issue. Now, older and mellower, if a band member doesn’t want to tip wait staff, I just add to my tip to them. It’s easier in the long run. Are the tips divided equally among band members? Usually, but there are many exceptions. Is it a gig where one member hired the others as backup? Is the band leader handing out CDs or other product to generate tips? I usually give CDs away for free, but with a sign encouraging tips. This works about 90% of the time. And yes, I do pay sales tax on the ones I give away. Really. If the musician who has the investment in the product wants a bigger cut, it is understandable.

The bottom line will be whether you are comfortable performing in a tip jar situation, or not. If not, focus on those venues and gigs where the tip jar is unknown.

So tonight choose a spot where a musician is having fun and making you happy, and be especially generous with the tips. And throw some money towards the wait staff, too. Drive carefully and be kind to your web footed friends.