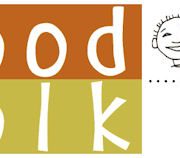 If you play professionally, or even if you noodle only at home but your friends know your terrible secret, you may be invited to play at a benefit. This can run the gamut from grade school book drives to events to raise money for someone who is ill. The nature of the event obviously sets the tone, but each event can present different challenges or issues.

So someone asks you to play a benefit for their church choir to raise money to attend a conference out of state. They’ll be baked goods and soda and jugglers and a stage for musicians. So you need to find out some basics. Is there a sound system? Is it over 30 years old? Will it suffice, or do you need to bring you own PA? How large is the stage? Will it accommodate your three piece band, or should the dulcimer player stay at home? And what are the expectations of the folks who want you to play? One fifteen minute set, or eight hours? Don’t laugh, I have been asked to play an eight hour benefit gig. I had to explain that is an exceptionally long gig unless you are the Beatles playing strip joints in Hamburg, or attempting to set some sort of longevity record for the Guinness book folks.

Will you be paid? The vast majority of benefit gigs do not compensate the musicians. For those that do pay, one has to weigh the import of the event before accepting remuneration. I was in a band that played a benefit for a very ill young man, and although we were going to be somewhat handsomely rewarded, very few people attended and we felt duty bound to waive our fee. Another tact that can benefit the band playing the benefit (smooth, huh?) is to have the folks write you a check for a reasonable amount, then immediately write a check in the same amount donated to the benefit. Or you can have the folks that are putting on the benefit write a letter defining your donation. This can help you with the IRS if you’re playing for a non-profit, though check with your tax professional because I am duty bound not to provide medical, legal or tax advice in almost all of our 50 states.

Benefits are mostly about good intentions. Benefits often do not raise significant amounts of money. Benefits are often put on by people with very good objectives but no experience with putting on benefits. As a musician at a benefit, you may be the most important person there. Or you may be just a bit less important than the guy who is providing free snow cones. Be prepared to not be treated like a rock star. Keep in mind that there is a reason for the event that supersedes your particular needs or wants that day. That’s why it’s important to get as much information about the event before you say yes. If you attend a lot of benefits that feature live music, you may have noticed a fairly high percentage of no shows… probably because in the cold light of day, they just didn’t want to do it but could not muster the courage to say no. And far too many musicians will say yes… unless a good paying or prestigious job presents itself the same day. Ouch.

So why in the world would anyone play benefits? Didn’t that go out of style with all the No Nukes stuff in the 1970s? No. You play benefits because you believe in what they are about, and because you have a talent that may draw more people to attend the benefit and donate more money/time/love to the cause.

So the next benefit you attend that has live music, make it a point to thanks the musicians and let them know your donations are partially because you enjoyed the music. Park carefully and look both ways when you exit.

Dennis Roger Reed is a singer-songwriter, musician and writer based in . He’s released two solo CDs, and appeared on two CDs with the newgrassy Andy Rau Band and two CDs with the roots rockers Blue Mama. His prose has appeared in a variety of publications such as the OC Weekly and MOJO magazine. Writing about his music has appeared in an eclectic group of publications such as Bass Player, Acoustic Musician, Dirty Linen, Blue Suede News and Sing Out! His oddest folk resume entry would be the period of several months in 2002 when he danced onstage as part of both Little Richard’s and Paul Simon’s revues. He was actually asked to do the former and condoned by the latter. He apparently knows no shame.