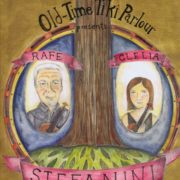 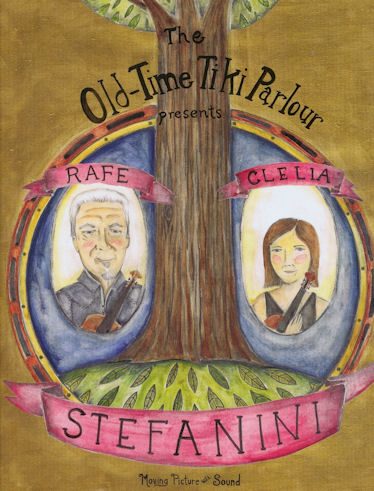 I am thrilled to announce the dual launch of a film production company and website, both devoted to old-time music in Los Angeles and beyond: Old-Time Tiki Parlour Films and OldTimeTikiParlour.com.

The OTTP is the music and living space of yours truly. As referenced in earlier columns, it’s where I teach old-time music, host workshops and house concerts with the greatest musicians in the genre, and film them as well. A year ago, I realized that so many of the great OT players are still under-documented. Sure, there may be shaky iPhone videos out there, but very few videos exist that are shot in high quality sound and visual. We missed the chance to get attractive archival footage of Fred Cockerham, Joseph Spence, Mississippi John Hurt and many others. So, I believe the world will be a better place if we can preserve the sights and sounds of the great active musicians around today, by shooting them in a controlled environment where they do what they do best: play old-time music.

So I partnered with one of my fiddle students, Richard Hocutt (luthier, 78-collector, and banjo nut) to start producing dynamic, yet archival, DVDs and CDs that feature the music of these master musicians. Old-Time Tiki Parlour Films was born. I filmed Rafe & Clelia Stefanini and spent the year editing and creating the machinery to get a production company up and running. During this process I have shot many musicians including Dan Gellert and Suzy & Eric Thompson, the next two releases! We have just finished the Rafe & Clelia Stefanini DVD and it’s everything we hoped: A complete package containing info, photographs, wonderful folk art and powerful music with visuals. A vital ingredient to this endeavor was assembling a group of individuals who could help make it all happen. I felt that including actual old-time musicians to contribute to the artwork, design, liner notes, and production was paramount. Several familiar names in the Los Angeles old-time community have been a big part in this project, including Rick Hocutt, Chris Berry, Nick Bachman, Susan Platz and Angelina Elise. If you don’t know of Angelina Elise’s artwork you should check it out now. She is responsible for the art of the Stefanini package as well as the art found in the new Tiki Parlour website. You can see her art, leatherwares, painted banjos, etc. at: angelinaelise.tumblr.com. Amazing stuff!

Now with a growing catalog of old-time film projects I decided to finally create a website. It is basically a reflection of everything I’m doing with old-time music. It has links to my field recordings, photographs, performance videos, free lesson videos, old-time music videos from the web, an event schedule for Tiki Parlour concerts/workshops, resources and info for purchasing our films. It’s really been a dream come true and I hope it becomes a useful, digital destination for old-time learners and seasoned old-time lovers. To celebrate the site, I’ve uploaded some rare footage of two-finger banjo player Will Keys and additional footage of Kentucky fiddler/banjo player Clyde Davenport that I shot during a road trip ten years ago. Enjoy!