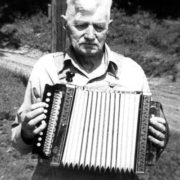 Old-Time Music of Mississippi and Denmark 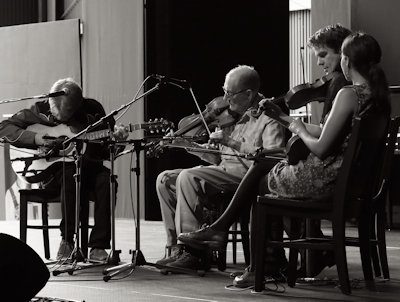 It’s another wild musical thunderstorm here at the Tiki Parlour. As I complete my edits of the Kirk Sutphin, Brad Leftwich and Bill Evans CD/DVD sets, I’m thrilled to announce my latest collaboration with the London-based reissue label JSP Records. In the same vein as the Texas Hillbillies 4-CD set that I curated and annotated a little over a year ago, we have just released the 4-CD Mississippi Hillbillies Set. The 78RPM guru/author/producer Chris King meticulously handled the digital transfers from a treasure trove of 78s, mainly from his personal collection. As with the Texas Hillbillies set, he asked me to curate the listening experience as well as compose the liner notes. 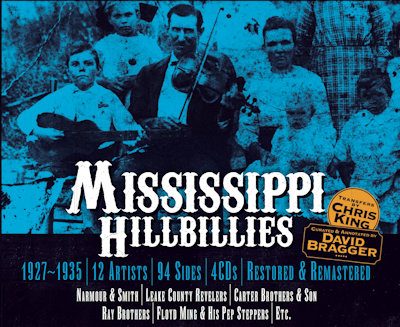 This set not only features beautiful restored and remastered recordings from the Magnolia State greats, but it showcases my favorite old-time recording of all time: Indian War Whoop by Hoyt Ming and His Pep Steppers. This piece of music has been recorded by several others including John Hartford which many heard on the O Brother, Where Art Thou soundtrack. However, no modern version holds a candle to the original. It is beautiful, ethereal, mystical and inimitable. And here’s the kicker: Ming recorded another take that was pressed in limited quantities. This very rare record featuring alternate takes of Indian War Whoop and Old Red, two masterpieces of the genre, are now available on this set! Needless to say, I’m ecstatic to announce this special release which showcases 94 tracks of Mississippi old-time sonic bliss from artists like Narmour & Smith, Leake County Revelers, Carter Brothers & Son, Ray Brothers, Nations Brothers, Freeny’s Barn Dance Band and others. 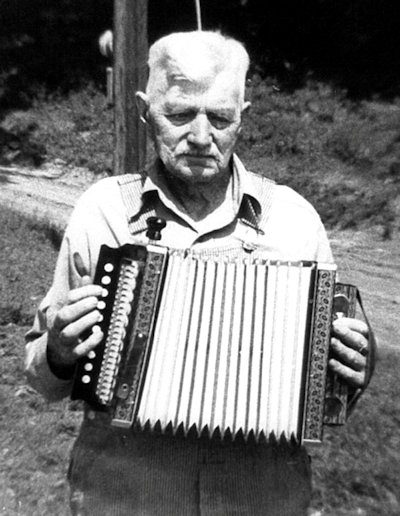 Throughout the year, as many dear readers know, I document traveling traditional musicians. I just had the great honor of recording Danish artists Kristian Bugge (fiddle) and Sonnich Lydom (accordion and harmonica), aka Gangspil, while they were on their first West Coast tour. They specialize in very old tunes found throughout Denmark, some of which go back a few hundred years. Like many American old-time musicians, they learn these tunes from a variety of sources: early commercial recordings, field recordings, old sheet music and directly from elder musicians when possible.

Additionally, they play many tunes from the repertoire of Iowa old-time fiddler/accordion player Dwight Lamb. This may seem odd, however the story is truly compelling. The 85-year old Dwight Lamb, a treasured American old-time musician, learned many tunes from his Danish grandfather Christopher Jerup. Jerup moved his family to Iowa in the late 19th century and brought his folk music to his new home. It turns out that much of his repertoire had been completely forgotten by traditional musicians in Denmark over the course of the 20th century. These brilliant and beautiful tunes found a secret new home in the States.

In the early 2000s, Danish musicians including Kristian and Sonnich, were reunited with their own music through the playing of Dwight. Kristian and Sonnich have helped bring these lost Danish tunes back to their original home in Denmark via performances, as well as a book of transcriptions crystallizing this important body of near-lost traditional music. Currently many musicians are playing this older repertoire again on both sides the pond. Kristian and Sonnich have also brought Dwight to Denmark on several occasions for performances and there are plans to bring him back again this year for more.

OLD-TIME MUSIC OF MISSISSIPPI AND DENMARK