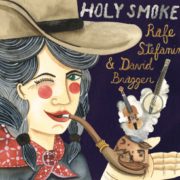 Old-Time in Paris and Holy Smoke! 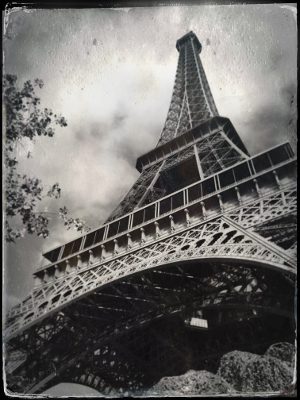 Over Thanksgiving, I had an adventure in Paris. After spending some time performing and teaching in the UK, I’ve often wondered if there’s an old-time scene in France. To my delight, Susan Platz and I had the pleasure of meeting several old-time picking folks of French and American origin while in Paris. There’s a wonderful core of players who are obsessed with old-time fiddle tunes, songs, Cajun music and jamming. In fact, on the night we arrived, there was a great jam happening in a Parisian pub. New Yorkers Thomas Bailey and Ilan Moss were also there shredding some old-time tunes with the locals.

A week later Susan and I headed over to the Phonograph Museum in Montmartre. On the way, a little rascal attempted to pickpocket me on a crowded train. Not a good idea, as I used to live with pickpockets in India. Not just pickpockets, but sleight-of-hand magicians who were masters of wallet-snatching. I felt his not-so-nimble fingers unzip my coat pocket. I gripped him by both sides of his knock-off North Face jacket, lifted him up as he repeatedly cried “No, no!” and tossed him out. The adrenalin started soaring through my body and we were ready to meet Jalal Aro at his Phonograph Museum with great excitement! Jalal gave us a personal tour of his stunning phonograph collection. Amongst the sonic gallery, there were inventions that represented early attempts at recording sound, wax cylinders, gramophones shaped like violins/clocks/temples and stacks of early literature and 78 records. It is now one of my favorite museums!

The next day we met up with some more old-time players and we taught a double fiddle workshop followed by some wine, cheese and more jamming! Turns out that some of the local old-time players were turned onto old-time music after attending festivals in the UK. I look forward to meeting our new friends again in February when my band Sausage Grinder plays at the Gainsborough Festival. One of the greatest gifts from playing this music, is being part of a very large extended family of musicians around the world. The following day, we headed over to a tattoo parlour in Versailles to catch up with Cajun accordionist Sarah Savoy of the legendary Savoy family. Cajun Christmas music on the hi-fi, tattoo machines buzzing in the background and great coffee with new and old friends.

Upon returning home, I jumped headfirst into teaching and unleashing the new 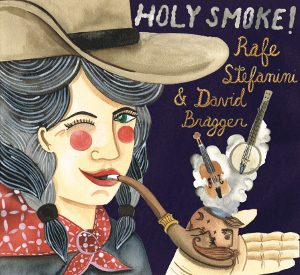 release from the Tiki Parlour: Holy Smoke! — Old-Time Fiddle & Banjo Duets by Rafe Stefanini & David Bragger. Rafe and I had talked for a couple years about recording together. Specifically, a recording that showcases fiddle and banjo duets delivered with old school power and a non-progressive approach. Both he and I came into the tradition without a conservatory background, having spent a lot of time with old-time fiddlers. I learned from Tom Sauber and Mel Durham. Mike Seeger gave me my first old-time finger-style banjo lessons. Rafe came to the U.S. from Italy with an obsession for old recordings and he immersed himself around great players in the east. His powerful attack on the instrument has always made me think of him as a minotaur with a buzzsaw. Driving, aggressive and thunderously mythic sounding. I love playing banjo to his fiddling.

OLD-TIME IN PARIS AND HOLY SMOKE!