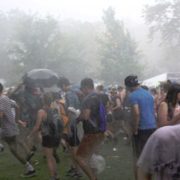 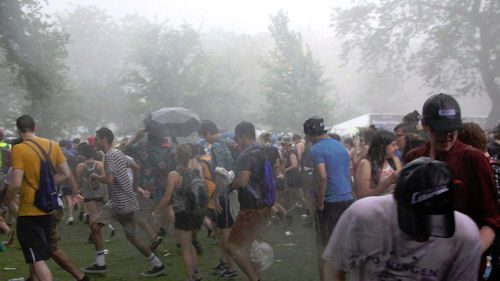 Chances are that if you play musical engagements, you have probably played a number of odd jobs. Odd gigs have importance, primarily because they make your other gigs seem easier. Sort of like when you stop hitting your head with a hammer.

Odd jobs come in many varieties. It may be that the genre of music you perform is not what is needed but no one mentioned that. It may be the location of the gig. It may be who you have to deal with.

Some odd jobs are just odd. I was in a blues band that was hired to play on St. Patrick’s Day at a Chinese restaurant. They had an “Irish” buffet that evening, but I honestly cannot confirm that what was being served as corned beef was even meat. Suffice to say, other than some family members and a few curious fans, the place was empty. We were not hired back the next St. Patrick’s Day.

Perhaps it’s weather than makes for an odd job. I was in a newgrass band that played the Prescott Festival in Arizona. On the final day of the event, some of the famous summer thunder and lightning storms decided to perform as well. Doug Kershaw, the “Crazy Cajun,” was the headliner but for some reason he refused to leave his RV to perform during the storm. I honestly think he was safer on stage than in a metal box with wheels, but his refusal promoted our band to headliner status for the final act. Off stage, it looked pretty Woodstockian, with some folks doing the famous mud slide. I was playing electric bass and was therefore the only band member who was “plugged in” so I was a little nervous. The storm did not relent and by set’s end we were playing for about 10% of the original crowd, and the mud sliders had been joined by a group of motorcyclists doing mud jumps. I survived.

Heat is often the antithesis of good music, as acoustic instruments are pretty sensitive to temperature and humidity changes. Same newgrass band, probably ten years later. A well-paying gig at a huge corporate party in Woodland Hills, CA. Looked like a very fun carnival event, but a September hot spell was predicted. The weatherman got two things wrong: the temperature and humidity. The forecast was for the mid to high 80s, so the company doing the staging added about a mile of water misters, which would’ve been a great solution if the temperature had stayed below 90 and the humidity was low. As it turned out, it was high humidity and when we left the gig the temperature tower at the freeway car dealer read 122 degrees. The misters dropped moisture on the asphalt that immediately turned to hot steam. The plastic shade cover to our “stage” dripped condensation constantly. The guitar, mandolin and banjo were essentially untunable, and I was playing an electric solid body bass. Although it stayed in tune, I was plugged in and moisture and “plugged in” are not friends. But we musicians had a better deal than the other entertainers. All the animals in the large petting zoo lay down and had to be sprayed with cool water. The huge inflatable water slide was too hot for use, and the clowns and jugglers and unicycle riders were all overdressed for the monsoon conditions. The good news is that now a nice 95 degree gig seems okay, though I did overdo it at an event just last year and suffered minor heat stroke symptoms. Live and try to learn.

The opposite extreme in weather is just as annoying. I often play in clubs and restaurants in a Southern California mountain community, and primarily for space concerns, outdoor dining and entertainment at least attempt to remain even in the winter. Although I have not been snowed on, I have dealt with temperatures that could have provided whiter hair. The use of space heaters is helpful, but usually results in being too warm in the front and frosty in the rear. Instruments don’t like the cold, and neither do fingers. I find that I have a lot of trouble remembering song lyrics when it’s really cold. Moving indoors is often not an option due to space. In winter, the mountain indoor gigs can be equally challenging. Everyone wants to pull off their winter gear, so the heaters are kicked to maximum temperature and the poor instruments get to go from vehicle to cold to very hot. Not ideal.

Playing the right genre of music is important at gigs, but sometimes things just happen. I was in a bluegrass band that was hired to play at a party for disabled adults. It was near the holidays but we were informed that it was not a holiday party and that the crowd loved bluegrass. Turned out to be wrong on both counts, but we survived. The girl vocalist knew holiday songs, and I grabbed the banjo player and told him to approach his instrument as a lead electric guitar, and told the bass player he was also now the drummer and to play as percussively as possible. We played a few holiday songs and rock and roll. And survived.

On another occasion I was hired to play with a band that did a lot of Celtic and old time country music for a family birthday celebration at a nice resort. It became readily apparent these genres were not types of music that anyone really wanted to hear. We took a few shots in the dark, and the Everly Brothers’ All I Have to Do Is Dream saved the day. The Irish harp and concertina were interesting additions to the sound.

And I once drove to Silverton, Colorado, to play at a bluegrass festival that actually didn’t exist. The individual that booked the band was promoting the opening of a swanky shopping area, and had hired a few bands to perform and called it a festival. But some important details were overlooked. No sound men, no sound system, no stage, no advertisements, no crowd except inside the stores. We borrowed another band’s sound system and played one short set on Saturday morning. The promoter profusely apologized, and we were still paid full amount and our hotel rooms were comped for an additional night. We actually benefited greatly from the mistake, since with our performing duties cancelled, we were able to be tourists for a couple of days without much cost. Silver lining in Silverton!

So support live music, don’t hire people to play odd gigs and keep your eyes on the wheel and your hands upon the road.