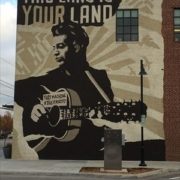 Notes On a Decade Ready for the Dustbin 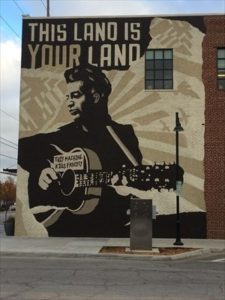 Author’s note: The title comes from an essay by Carl Oglesby on the 1960s.

On September 11, 2001, Bob Dylan released his new album, Love and Theft. Needless to add, it wasn’t the most earth-shaking news of the day. But ten years after, it was the only one of Dylan’s albums released since 9-11 that made Billboard’s recent list of the best-selling albums of the decade. Like that infamous date itself, the album that led off with his acerbic comment on American politics-Tweedle Dum and Tweedle Dee-had staying power.

Within weeks after the 19 terrorists’ hi-jacked planes flew into the World Trade Center’s Twin Towers, Neil Young released his heroic rock ballad Let’s Roll, assuming the voice of Todd Beamer, who led the charge down the aisle of United Airlines Flight 93 to bring the plane down in a Pennsylvania farm field and avert it from its planned destination in Washington, DC, killing all on board. Just before the passengers attacked the hijackers, Beamer was talking on his cell phone to the operator, who reported she overheard him say, “Let’s Roll,” to the passengers who went with him, after which the line went dead.

Neil Young’s haunting ballad, released as a single with little fanfare and just Young’s handwritten title on the CD face, opens with the whirring of airplane engines. It was the first musical response by a major artist to an event many considered beyond comprehension, let alone an articulate artistic creation.

But silence in the face of disaster has never been the artist’s prerogative, and other songwriters quickly seized the moment to compose their songs to mark the day America was first attacked on our own soil.

Bruce Springsteen wrote The Rising, a moving, poetic ballad to urge his countrymen to rise again, much as the late Canadian songwriter Stan Rogers had urged in his masterpiece The Mary Ellen Carter:

No matter what you’ve lost, be it a home, a love, a friend

Country singer Alan Jackson wrote Where Were You When the World Stopped Turning?, that contained the unfortunate tell-tale line, “I don’t know the difference between Iraq and Iran,” which it turned out described our own president and led us into a war that had nothing to do with the events of September 11.

But the most moving song about 9/11 was written by folk music’s reigning topical bard, Tom Paxton. He ignored the politics, the national emergency, the invitation to either excessive patriotism or sentimental inspiration, and zeroed in on the fire fighters who risked and often gave their lives to save the victims. Paxton’s song The Bravest remains the most fully articulated tribute to the heroes caught up in the attempt to rescue those trapped in the rubble: “They were going up the stairs, while we were coming down.”

The next major seismic shock of the first decade of the 21st Century proved to be the war in Iraq, which split the country down the middle into “red states” and “blue states” much as Vietnam had 40 years before.

With another Texan in the White House, another cowboy at the helm, and another war in a far-distant land most Americans, like Alan Jackson, couldn’t find on a map, there was a predictable split between country music’s gung-ho flag-waving songs like Toby Keith’s call to arms, Courtesy of the Old Red, White and Blue and folk music’s renewed attempt to craft anti-war songs that would stand the test of time as Phil Ochs, Bob Dylan and Tom Paxton had in the 1960s.

With one main difference: The anti-war movement of this past decade adopted the support-the-troops mantra of the administration and country-at-large, even as they condemned a war that picked a target who had nothing whatsoever to do with the attack of 9/11. Thus no one was singing Buffy St. Marie’s Universal Soldier, holding the individual responsible for following orders that came from on high.

It wasn’t hard to separate the good soldiers from the bad leaders, since Bush, Cheney and Rumsfeld made such inviting targets for satirists and protest singers of every description. Some of the standouts were Roy Zimmerman’s Saddam Shame, with its winning chorus:

David Rovics came up with OIL, a perfectly timed acronym for Rumsfeld’s initial code name for the aerial assault on Baghdad: Operation Iraqi Liberation. When the Defense Department realized that the acronym OIL might lead some gullible Americans to think that the war had something to do with oil, they quickly renamed it Operation Iraqi Freedom, but not before Rovics planted his sword in the sand with the following chorus: What does Operation Iraqi Liberation spell? Oil, oil, oil.

One country songwriter famously split ranks with the younger generation led by Keith who never met a war they wouldn’t support, and that was surprisingly Merle Haggard, who once penned The Fighting Side of Me to register his full-throated support for the Vietnam War.

Something shifted in this Oklahoma transplant, Bakersfield country star as the war in Iraq dragged on long after Bush’s “Mission Accomplished” speech. He wrote That’s the News to record his new found disaffection with a policy and administration that was sending soldiers into harm’s way with no clear exit strategy or definition of victory.

Then came the horrors of Abu Ghraib, the new shock-and-awe of warrant-less wiretaps, an out-of-control Attorney General Alberto Gonzalez firing Justice Department staffers who did not see themselves as agents of the Bush Administration, and the rising death count of American soldiers stuck in a quagmire on their third tour of duty, while the majority of Americans went on with their lives as if it was business-as-usual.

Finally, in 2006, a 1960s antiwar horse, while waiting, as he put it, for another Bob Dylan to come along, got tired of waiting, and got back in the saddle again.

Neil Young, who had started out this decade, like most Americans, firmly in the United We Stand mindset of his 9/11 song Let’s Roll, went back to his roots in the classic 1970 song about Kent State-Ohio. And this time around he needed a whole album to put his feelings into words and music. Living With War was the astonishing result, with the provocative song that made him Fox News’ pariah for months-Let’s Impeach the President.

But it’s another song on the album-Looking for a Leader-that proved to be prophetic. Young writes, “And it may be a black man, or a woman,” before Hillary Clinton and Barack Obama squared off in the presidential campaign of 2008.

During the campaign folk singers, harkening back to the civil rights movement that had inspired their youth, tended to line up behind Obama. Peggy Seeger released a song called Obama’s the One, and Joan Baez published an eloquent letter of support for what at the time seemed a quixotic candidacy. Bruce Springsteen, who had put his music and reputation on the line in support of Senator John Kerry’s 2004 campaign-that got him swift-boated back to the senate-finally had a winning candidate to support.

But Springsteen’s major contribution to folk music this decade was not political-it was musical. In his landmark album, We Shall Overcome: The Seeger Sessions, he let his guitar do the talking. By recording an album’s worth of American folk songs from Pete Seeger’s vast catalog, complete with a 17 piece ensemble of various acoustic instruments, he brought Pete, and with him American folk music, back into the spotlight on center stage.

Largely because of Springsteen’s extraordinary tribute and support, Pete Seeger’s own collection from 2008-At 89-won his first competitive Grammy for best folk album of the year.

But even more significantly, Pete, who had once been labeled an un-American by no less an authority than the House Committee on Un-American Activities, now found himself in the unlikely, long-awaited and belated role of national treasure.

Indeed, the new president Barack Obama invited Pete to sing at the Inaugural concert on the National Mall this past January 19, the day before America’s first black president was sworn into office.

And not surprisingly, with Bruce Springsteen at his side, Pete was the highlight of the show-singing Woody Guthrie’s This Land Is Your Land, with the three additional verses that were left out of the schoolbooks:

In the middle of the city, by the shadow of the steeple

By the relief office, I saw my people

This land was made for you and me.

As I went walking out on my highway

But on the other side, it didn’t say nothing

That side was made for you and me.

As I go walking my freedom highway

Nobody living can ever stop me

Nobody living can make me turn back

Cause this land was made for you and me.

It wasn’t Woody’s 1930s, and it wasn’t Dylan’s 1960s, but this past decade ended with a bang and not a whimper. Looking back, it may finally have belonged to America’s tuning fork, a 90 year-old Pete Seeger. May he stay forever young.

Ross Altman has a Ph.D. in English. Before becoming a full-time folk singer he taught college English and Speech. He now sings around California for libraries, unions, schools, political groups and folk festivals. You can reach Ross at Greygoosemusic@aol.com

Notes On a Decade Ready for the Dustbin