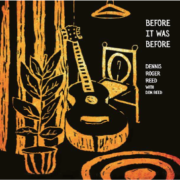 MY FAVORITE ARTIST IS… ME 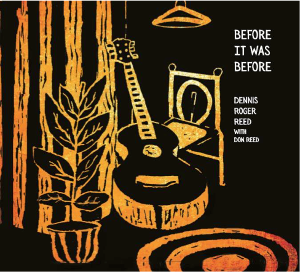 It is an overstatement to say I am my own favorite music artist, but probably not by much if judged based on the amount of physical time I spend listening to my own work. I know a lot of musical artists who profess to not like to listen to their own work. I must say that if you don’t like to listen to yourself, you are not setting a good example for others. If you don’t like what you hear when you listen to your own work, why in the world would you think others might like it or find it valuable?

I will clarify that my music collection is not just my own music. Far from it. But I do listen to my own work a lot, for different reasons. During a project, you listen to what you’ve accomplished, and you listen in a somewhat different way than “recreational” listening. Does the bass seem too loud? Is the vocal clear enough that the lyrics are easily understood? Are there any tuning issues with the instruments? Once you are mixing the various tracks, intense listening has to occur. I listen to mixes with different devices: the car player; the living room Bose; a portable CD player. I listen to the music loud, then very soft. Then in between. The intent is to determine what the music really sounds like. Then there is mastering to review, etc. This again is very intent listening because someone is paying a lot of money for this and you want to get it right. Especially if it’s your own money.

Like most musicians, I do get tired of listening to a track after I’ve spent hours working on it. I do listen critically, although I am probably the opposite of those Eagles type bands that obsess over every note of harmony and spend hundreds of hours in review.

Once a project is completed, I listen a lot, transitioning from intent project listening to something more like recreational listening. This can be tough, because we’re humans with human brains and memories. So I do recall that when we were recording the basic tracks for a certain song, the bass player had a meltdown because his bass sounded fuzzy, and a shouting match resulted. Or another song was recorded when I had the flu, and although my vocal sounds okay I can vividly recall the mild fever that impacted my concentration. I can usually banish those thoughts enough to enjoy the music as music.

I think that all artists crave validation. To some artists, self-validation is enough, or maybe just the encouraging words of a spouse or friend. My fragile ego requires more than that. I actually read reviews and try not to take them to heart unless of course they are flattering, in which case I treat them as gospel. I’ve been very lucky that most of my musical work has garnered praise, and although I try to limit the time spent with “the big head” as my Arkansas grandmother used to say, I do take pride when a critical review “gets it.” My most recent project, the CD Before It Was Before, not only pulled some very positive reviews but I also received notes from two of the writers whose songs I covered. Both thanked me for covering their song and commented how much they liked my version, and the whole project. That’s a first and something that meant a lot to me.

So listen as you like. It’s a good time to take in some live music, and if you like what you hear and there is recorded music of the artist, buy some. And if you really like it, buy some recorded music to give to others that may have similar tastes to your own. Even in today’s digital million mile an hour world, word of mouth still means something. “Hey, you gotta catch the act at the corner coffee shop next weekend. They do a lot of cool covers and have some really good original material. I think you’ll like them. Here, take this CD I bought and see if you agree!” There, I’ve even scripted it for you. Enjoy.

MY FAVORITE ARTIST IS ME