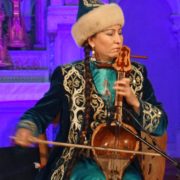 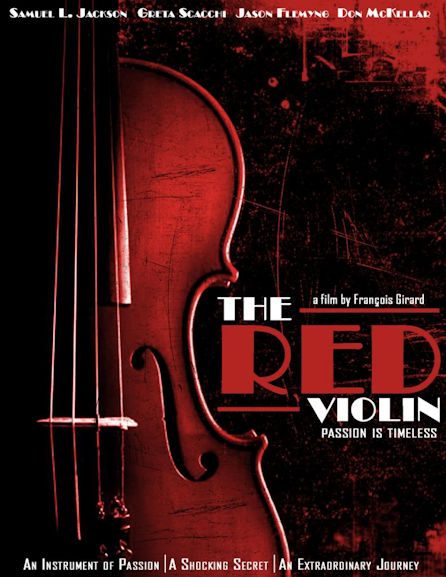 The film The Red Violin spins intriguing tales about successive owners of an instrument and how it impacted their lives. In reality, every musical instrument has a story to tell about itself and the people who have played it. These stories have unpredictable twists and turns.

Have you ever attended a world/traditional/ethnic music performance and seen someone playing a –and you think: What in the world is that??? I felt that way when I first saw a quijada, a donkey jawbone rattle in the Andes. When I see a musical instrument I’ve never encountered before, my imagination goes into overdrive: Where did it originate? What journeys did it make before the players I’m watching claimed it as part of their cultural heritage or perhaps borrowed it to create a hybrid genre?

Some instruments are like members of the family. In Northern Argentina, the small frame drum called the caja accompanies copleras and copleros, who sing four-line poems (coplas) about every aspect of life. Many performers of coplas treat the caja with affection, calling it mi cajita. Some even perform comical conversations between the caja and its owner. Cared for in families across the generations, the caja is not only a musical presence, but an element of ethnic identity.

Often instruments have a contested ethnic identity. Hawaiians claimed the ‘ukulele (the Hawaiian spelling) as their own soon after its arrival in Honolulu with contract workers from Madeira. After Hawaiian master ‘ukulele players thrilled mainland audiences at the turn of the 20th century, the uke became an American and eventually a global phenomenon. Amateur players, in particular, have projected positive qualities on to the four-stringed wonder, as evidenced in a song composed by Will Ryan in 2006. The first verse suggests the uke’s transformative powers:

If everybody played the ukulele

Imagine all the happiness there’d be

Peace and joy would reign

And no one would complain

If everybody played the ukulele…

In 2014, in an effort to secure the instrument’s place in its cultural landscape, Hawai’i’s state government launched a bill naming the ‘ukulele the Aloha State’s official instrument. It failed to pass in the legislature; some representatives considered it not sufficiently Hawaiian. The next year, a new bill passed, proclaiming the ‘ukulele to be the state’s official auana or modern instrument and the pahu drum the official kahiko or ancient instrument. However, nothing can interfere with the ‘ukulele’s international appeal. 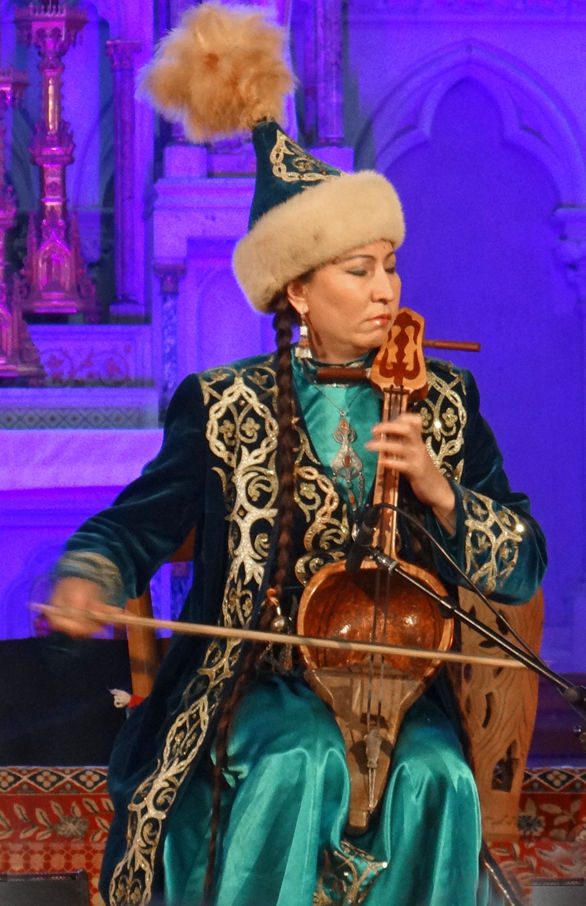 There’s no question that musical instruments may become political as well as cultural symbols. In Kazakhstan, the two-stringed bowed fiddle known as the qyl-qobyz functions as an archival document of history and national identity. For centuries it was played in communities of the nomadic Kazakh people. When the Soviets subjugated them, the conquerors stamped out symbols of their way of life, including their community performances of the qyl-qobyz. In the 1990s, that era of cultural control came to an end and although the Kazakhs could not fully resurrect their previous nomadic culture, they could return their emblematic instrument to a place of honor. Today performances of the qyl-qobyz may evoke painful memories of outside occupiers that suppressed their pastoral way of life. On the other hand, the instrument also stands for the Kazakh people’s survival.

What also fascinates me about musical instruments is how many of them have traveled, maintaining some characteristics and changing others as a result of contact with different cultures. What we call today the violin or fiddle had its beginnings in the Middle East and journeyed with traders to Europe, North Africa, and other places such as the Western Sudan. In her book Fiddling in West Africa, Professor Jacqueline Cogdell DjeDje (See my column from 2010) concludes that local repertoires and playing techniques changed the Arab instrument into an African one. It took on different roles, too, such as the conjuring of spirits and companion to royalty. Among the Dagbamba people of Ghana, the fiddle gained political importance with the selection of the King’s fiddler or Ya Naa. Early in this century, community conflicts over which musician deserved the position of honor led to violence: the reigning Dagbamba king was assassinated and his palace burned. The federal government actually banned fiddle playing for a period of years to quell the unrest.

By now, if you haven’t overdosed on this sampling from the study of musical instruments, colorfully known as organology, you might want to learn more. The marvelous musical instrument encyclopedia I consult is now out of print, so there’s no point recommending it. The New Grove Dictionary of Musical Instruments and The New Grove Dictionary of Music and Musicians are available in library reference areas and the latter has an on-line version. Furthermore, you can tease out a wealth of images and explanations, including the donkey’s jawbone, from the Internet.

If you’re ever in Phoenix, however, don’t miss a chance to visit the Musical Instrument Museum (MIM). For me, it was worth a special trip. You not only gaze on multiple instruments from every corner of the globe, but you also watch videos of musical performances in traditional settings and, in some cases, instrument construction. One video that had me mesmerized showed the various stages in the creation of a Javanese gong. Essentially, the musical instrument is born deep in the earth where its tin and copper elements are mined. Once the copper and tin have been melded into an alloy of bronze, the instrument maker repeatedly fires, cools, and shapes a piece of bronze until it attains the final desired shape, size, and ornamentation. Its future may be as a single musical instrument or as one of numerous gongs in a gamelan ensemble. In Southeast Asia, centuries of reigning royalty maintained musical ensembles that prominently featured the gong as a way of identifying themselves with the powerful energies of nature that created the instrument. Often these energies incorporated the Indic metaphor of female power known as sakti. In the mythology of the region, the human miners are thought to disturb the elements of the earth to extract its ore; subsequently, they imitate the earth’s energies by firing the metal to transform it into a musical instrument.

In other areas of the MIM, you can play instruments and engage in interactive musical activities. They also have special temporary exhibits such as their current one on the history of the Stradivarius. There is nothing dry or academic about this museum experience. And in case you think it must be the product of government and university resources, let me share that the person who initiated the concept and guided the realization of the MIM in Phoenix is Robert J. Ulrich, former CEO and chairman emeritus of Target Corporation. The idea came to him after an enthralling visit to the famed Musical Instrument Museum in Brussels. In the world of musical instruments, nothing should be taken for granted.