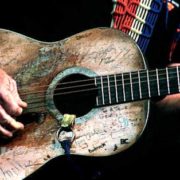 MUSIC: DON’T SAVE IT FOR GOOD 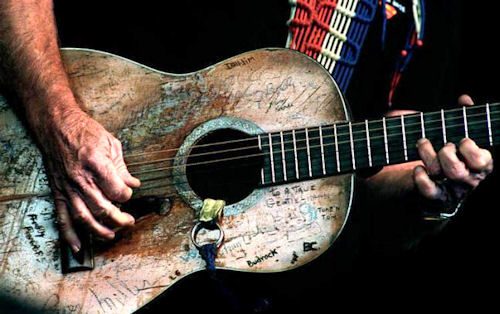 There is a saying in the American South. Folks say that they have an object that they are “saving for good.” The concept is at best silly, and can actually be very detrimental when used excessively. And of course the concept exists outside of the South, although perhaps less colorfully voiced.

I can recall my grandmother using the term. She would have a nice dress, but never wear it because she was “saving it for good.” You may have come across similar acts, like saving a nice wedding gift to use only on special occasions. These items often are found in attics or storage facilities, completely forgotten by the owners.

As with many inherited traits, as much as I ridicule the concept, I have fallen victim time and time again. Gee, I love this old shirt and it’s starting to get a little worn, so I’ll put it in the back of the closet and only use it selectively. Sure.

How does this relate to music? In several ways. I have this concept in use with my guitars. I end up using a particular instrument even though it is not my favorite. Perhaps it cost less and so I’m saving my more expensive instruments “for good.” You know, for when I’m booked into Carnegie Hall. Foolish at the least, as my prize instruments take up closet space, and I may even find myself wrestling with a far less comfortable instrument rather than “risk” the use of the good one. Not a lot different than my Grandma’s dress kept in a drawer, is it? I have begun the painful task of eschewing this concept, both by relinquishing my lower level instruments, and actually relinquishing some of my better instruments if I find I am not using them often enough to warrant my ownership.

The other way this relates to music is saving our art, or saving our time commitment for art. We all have friends, sometimes quite talented friends, that have re-prioritized music. It’s easy to happen. Having children, changing jobs or living locations can easily drain free time to the point that the decision is whether to try to eke out a full night’s sleep or play the dulcimer. And like with many things, the longer you allow other priorities to take your “music” time, the harder it is to get back in the swing of things. We are now waiting for the “right time,” and even though we may love music greatly, we are out of practice both figuratively and literally. If you are used to grabbing that mandolin at 8:14 p.m. just after dinner, but you’ve joined a hot mahjong league that conflicts, you need to re-establish your routine or face the loss of your music time. This sounds a lot easier that it is… by the time you get home from a hot mahjong session, you’re just too tired to fret those eight strings. So establish a new regimen on Saturday morning, or Tuesday before the gym. If you can remember to schedule your annual dental checkup; 30,000 mile automobile service; tax account appointment; trip to the gym; etcetera, then why can’t you do the same for music? Be creative, and perhaps practice during TV time. Drop the volume on that vintage movie and create your own soundtrack. Take that instrument to your son’s Little League practice and stay in the mini-van and play a mini-concert for yourself. Tape that college whiffle ball championship and watch it later.

As we age, physical constraints may come into play. Injuries may rob you of the mobility to play your zither. Okay, maybe it’s time to take up harmonica like you wanted to do in college. Maybe your physical constraints are severe enough that playing is not an option. Okay, so up your music listening time, or perhaps take up songwriting. If nothing else, you can write lyrics and save the music for when you are healthier, or bring in a collaborator who can play.

You know you want to play and enjoy music. So as those shoe people say, just do it. And while you’re at it, take the kids to that free concert at the community center, support public television and radio that feature the type of music you like (and tell them you won’t support them if they don’t) and keep your nose clean.

MUSIC: DON’T SAVE IT FOR GOOD