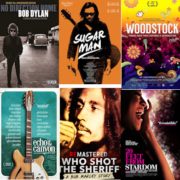 Music and Musicians: Filling the Need for Music in Our Lives 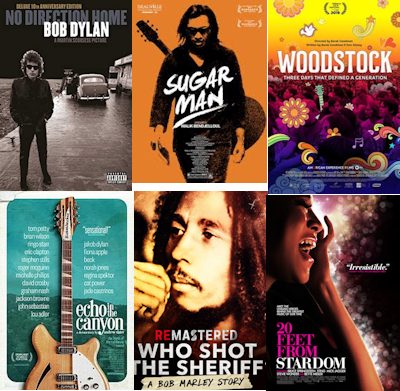 For obvious reasons, people are staying home more these days. Some of them are your favorite musicians, who are now performing on streaming platforms all over the Internet. If you are reading this, you know the value of live music and, if you have not already done so, you may want to browse the Internet and see where your favorites are streaming. This is also an opportunity to explore and find musicians who may be new to you. In any event, one thing performers all have in common is an appreciation for those who tune in to the livestreams. Almost all of these are free of charge, but since all the paying venues are closed in most areas, tips are greatly appreciated. But these are difficult times for many, so if you are not able to contribute, your presence in the virtual audience and your livestream comments are sincerely appreciated as well.

Live streaming shows are not hard to find and we all have our favorites. However, there is other music related entertainment that I wanted to share with you in this column: music related documentaries that can be found on DVD, Netflix, YouTube, and similar sources. One caveat: I did not personally research every outlet where these films can currently be found, so you may find other locations by searching on the Internet. In any event, here are some of the documentaries that you may enjoy.

No Direction Home: Bob Dylan The 2005 version of this lengthy but riveting documentary by Martin Scorsese is available on Netflix. It is an up close and personal look at the well-known folk icon in his heyday. A special 20th anniversary version was released on DVD and Blu-ray in 2016. Trailers for both versions are available if you would like to know more:

One of my personal favorites is the 2012 documentary Searching for Sugar Man about Rodriguez, a wildly popular Detroit born performer who made a name for himself in South Africa in the 1970s and was said to have sold more albums there than Elvis Presley. Unfortunately, he did not obtain the same prominence in his own country; when he suddenly disappeared from the South African music scene, he was rumored to have committed suicide. This Academy Award documentary tells the true story; The film is no longer streaming on Netflix, but it is available on DVD.

ReMastered: Who Shot the Sheriff? is a look into the 1970s political climate in Jamaica and, in particular, the attempted assassination of Bob Marley, his wife, and his manager in 1976. While this is not a “music documentary,” those familiar with Marley’s music and persona may be interested in going beyond the music itself to learn more about this popular reggae artist.

Fans of the early folk/rock era in the mid-sixties that had its inception in the fabled Laurel Canyon will love Echo in the Canyon. Brian Wilson, Ringo Starr, Michelle Phillips, Eric Clapton, Stephen Stills, David Crosby, Graham Nash, Roger McGuinn and Jackson Browne tell the story in their own words; the film also contains Tom Petty’s last recorded interview, sharing his thoughts about how the Laurel Canyon scene influenced his own musical career. I’m sure that many of you have already seen this one, but if not, it is definitely a must see. In fact, I’ve seen it more than once myself.

For more nostalgia, Woodstock: Three Days That Defined a Generation is also available on Netflix. Released in 2019, this is a look back at the concert that became an important cultural event. Although this is another one you may have already seen, you may want to revel in it again.

Where would those well-known musical stars be without their backup singers? You can hear from the singers in their own words, as well as from the stars they supported onstage in 20 Feet from Stardom. This is a lovely documentary that showcases these talented performers and their importance in the world of music.

These are just some of the many music related documentaries that are available for home viewing. Music is known not only to give us pleasure, but to have healing properties: this is why music therapy has proven value. And, during these times, a little music therapy may be just the right prescription for all of us.

MUSIC AND MUSICIANS: FILLING THE NEED FOR MUSIC IN OUR LIVES