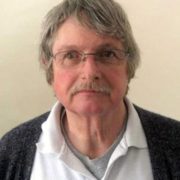 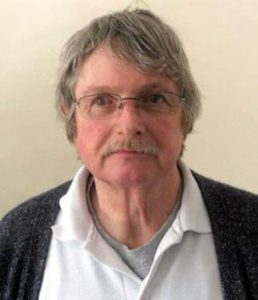 Ron Young grew up in Lochview, Killichonan on the shore of Loch Rannoch in Perthshire, Scotland, in the Hydro Board housing next to Rannoch Power Station, which is where his father worked. He was the last of four children.

He attended Breadalbane Academy in Aberfeldy through secondary (high) school. At that time, the road between Rannoch and Aberfeldy was of poor quality and winters were harsh, so the students were taken by bus on Monday mornings, stayed in school hostels during the week, and returned home on Friday afternoons.

He accepted an apprenticeship with Shell Oil, who funded his further education in Southampton, where he qualified as a marine engineer and was admitted to the British Merchant Navy. In return, he agreed to serve on Shell Tankers for a specified period of time.

He stayed with Shell for the required time, and then took a position with Harrison Lines. In total, he spent ten years at sea, crossed the equator many times, circled the globe four times, passed through the Panama and Suez canals fairly frequently.

During those years at sea, Ron had adventures of all sorts, and until his final day on earth he could tell you a story at the drop of a hat. He was on a tanker that was attacked in the Mekong near Saigon. He was on a ship that was boarded by pirates, put a shark in a swimming pool as a prank, purloined a rather large amount of premium whisky that was about to be removed from a ship and taken off to be dumped…

Eventually, he was lured away from the sea by a California girl he met in a Glasgow Central Station taxi queue.  He moved to Los Angeles, married, and divorced after a few years.  He married second wife Lori and had two children. That marriage also ended eventually.  He married again for the third and final time in 2000.

Ron worked for almost 30 years for the City of Los Angeles Department of Water and Power, retiring as a superintendent.

Ron loved the Men of Worth’s playing of “Turning Toward the Morning.” Here is a recording for your enjoyment.

During his years in California, Ron became active in the Scottish and Irish expat culture. He didn’t perform music himself, but made his mark as a stage manager and occasional emcee at the music stages of various Scottish Games and the annual Irish Fair.

Ron was a founding Board member of the Celtic Regional Arts Instutute of California (“CRAIC”) in the 1990’s and early 2000’s. He and his family, including brother Tony Young, were instrumental in organizing and finding venues for the various CRAIC gatherings and music sessions, known as the cruinnithe, which featured Irish and Scottish traditional music and dance as well as classes on history, language, dance, and songs. Ron also contributed to the CRAIC newsletter on various topics.

Additionally, he helped bring Irish and Scottish music groups to Southern California and promoted their concerts, more than once out of his own pocket. And he was always handy at a Burns Night supper, often supplying the Haggis and the poetry.

Ron was an important part of the FolkWorks community. He was on the FolkWorks Board of Directors from March 2004 to September 2006 when he and his wife Linda moved to Alberfeldy Scotland. He wrote the FolkWorks column Scotch on the Rocks starting September 2012.  Click on the link and you can peruse his writings.

This was his column bio:

Here’s a link to his first column: https://folkworks.org/meat-and-potatoes/

Ron, we love you and you will be sorely missed.