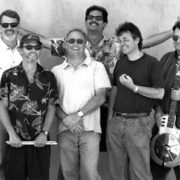 1956-Fall under the mass hysteria of a song called The Ballad of Davy Crockett. Wear dead rodent on my head. Become aware of Elvis Presley. Become terrified

1957-Kindergarten report notes proclivity to climb over boy’s room wall and stare at girls on other side. No mention of Chuck Berry at that time.

1964- See the Beatles on Ed Sullivan TV program. Father states their instruments need to be tuned.

1965- Badger parents for guitar. Father buys "Rodeo" Japanese electric guitar and amp for Mother’s Day. Mother lets me use them until they fall apart in a few months.

1966-Begin playing guitar/taking informal lessons with local neighbor/musician who is suffering from being required to play Louie Louie for 4 hours at Sweet Sixteen party for rich girl. No rock and roll is allowed.

1968- Father purchases Gibson B-25 acoustic guitar. I come home from the music store and learn Hickory Wind. Unfortunately I get the chords wrong and continue to play it badly for next 40 years. I begin early schizophrenic tendencies due to playing country with neighbor and rock and roll with peers.

1969-Hear Neil Young shout "Ah, pick it Luther!" before solo on Losing End Realize that some rock and rollers know about country music. Begin lifetime obsession with buying, selling and trading guitars. Vow to always lose money at it. Purchase Martin 000-18, keep it for 19 years. 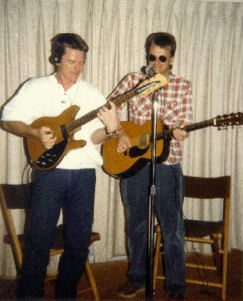 1974- Enter bluegrass contests at Cal State Fullerton and Cal State Long Beach. Somehow win a few categories, like "A capella Hill Vocals Sung by Someone Who Looks Like a Hippie Surfer" or "Flatpicking Traditional Songs While Wearing Bell Bottoms." My brother, who is ten years younger, always takes higher placing.

1977- Occasionally play and record with brother’s band, The Effects. They are a power acid jazz trio. My presence turns them into hicks somehow.

1979- Unable to sustain surfy lifestyle due to inability to balance on fiberglass sticks. Purchase a four track cassette recorder and disappear into the spare room for a long time.

1988- Enter Topanga Banjo & Fiddle contest and win some stuff. Not allowed to use group name on entry form, so the Dennis Roger Reed Band is named. Enjoy name of band immensely. 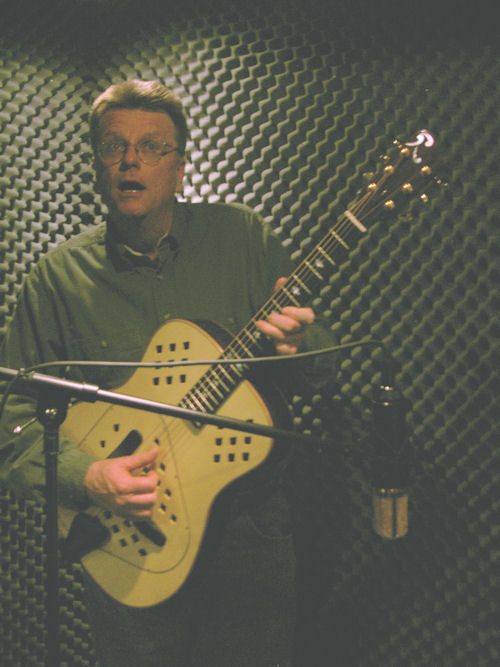 years old named Chris Thile also enters. I win, only because Chris is bumped up to Advanced, where he easily wins. I still tell story, often leaving out last part, and age of Chris at the time.

1995 – Bass Player Magazine does feature on me. Cover has Paul McCartney. Page before my article has interview with Sting. I’ve had my 15 minutes of fame now.

1997- Being writing reviews and compiling folk and acoustic performances for alternative weekly. Enjoy getting into concerts for free, and obtaining CDs, until CDs take over all available home space. All communication with publication is done via email, so never actually go to the office. Find out that I was supposed to. Realize why my copy is marked up for the same things over and over when a co-worker drops off 3 years of editorial mail I haven’t seen. Pay is poor, but since staples of their ad base are breast augmentation doctors and escort services, client related social events are quite memorable.

2000- Release solo CD to about one tenth of success of prior roots band release. Do get good reviews in Belgium, at least once translated from Flemish. Consider moving to Belgium.

2001- Release second CD from roots band in September. Although timing unfortunate, were able to entice some of my favorite artists to play on CD, including Chris Darrow, Steve Gillette and Cindy Mangsen. Success in sales is about one tenth of the success of solo CD. Begin to question the existence of God and Dick Clark. Bar gigs still pay $200 and free beer. I begin drinking to make more of my cut of the gigs. Band plays Doheny Days on September 16, 2001, almost becoming headliners due to inability for Doobie Brothers and Jonny Lang to obtain transportation. 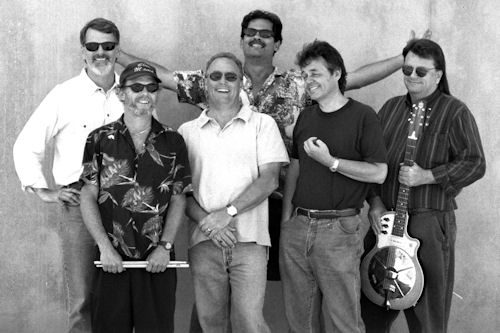 2003- Alternate weekly stops asking for articles. They continue to pay me for months after termination in a somewhat generous error. Day after last check arrives I land monthly column with So Cal based folk publication. Pay is poor, but they have memorable social events without breast augmentation or escort services.

2005- Play a lot more bluegrass gigs. Regain some competence as a bluegrass guitarist. Play at casinos and car auctions for a period of time.

2006- Begin musical project with storyline. Write and record a bunch of songs.

2010- Economy picks up, gigs double in pay and everyone goes out to live music every night.

Dennis Roger Reed is a singer-songwriter, musician, and writer based in San Clemente, CA. He is apparently somewhat of an expert on Gram Parsons, with his writings on the subject having been featured in Mojo and in God’s Own Singer: A Life of Gram Parsons by Jason Walker. Writing about his music has appeared in Acoustic Musician, Bass Player, Bluegrass Now, Bluegrass Unlimited, Blues Access, Blues Revue, Blue Suede News, Dirty Linen, the LA Times, Living Blues, and Sing Out! He is still decidedly not famous.