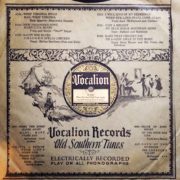 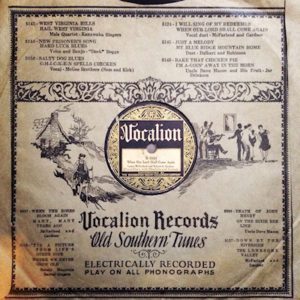 I described in my last column how “old-time” mandolin sounded based on recordings I found of rural musicians who developed their style before radio or sound recordings. I was only looking for recordings where the mandolin is audible as a lead or solo instrument and within a particular time period: After record labels began recording rural musicians in field recordings (about 1925) and before the ascent of country music stars whose styles and material were copied (about 1930). Solo/lead mandolin recordings from that period tend to be in an archaic style, with elements of ragtime and blues. Two-part hoe-downs/reels are rare. Instead, tunes have rag, stomp, blues in their title; the structure may be one part only or three; multi-part tunes sometimes change keys. This string band style has largely disappeared, but was prominent among mandolin and even fiddle-driven bands before 1930.

Some responses to my column wondered whether this was too narrow. What about recordings before 1920? Recordings in big city studios (rather than from field trips)? Folk singers of traditional tunes? I went back to search through the discography of historical American recordings for any mentioning of “mandolin” before 1930 and here is what I found.

String bands with mandolin were popular during the first decades of the 1900s, no doubt; it is just that we cannot find recorded examples before 1920. After seeing my previous column, Patti Nance from Platte City, Missouri (herself a Dobro player), sent me the picture of her great uncle Adolph Steffens and his band. Adolph was born 1889 in Missouri, he is playing the mandolin.

The initials JK and LK below the fiddler and guitar player probably stand for the brothers John and Louis Kessner who lived nearby. The mandolin and guitar are probably Harwood instruments which were sold by the Jenkins Music Company of Kansas City. The date of the picture is unknown, but probably in the 1910s. What music did Adolph, John, and Louis play? It could have gone in different ways. While they lived in an area with many German immigrants (including Adolph’s family), I doubt they were after an accordion and tuba sound. Classical music is always a possibility, but they look more like a string band to me. Missouri then was the hotbed of ragtime and if bands in rural Mississippi were influenced by it, chances are string bands in Missouri were as well. 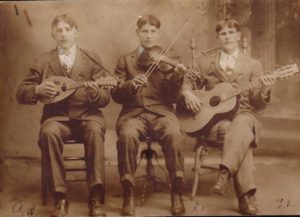 There are about 320 mandolin recordings before 1920 and 450 between 1920 and before 1930; this is based on the description of the masters. That is more than mention “trumpet,” but less than “violin” (as expected). Far more common descriptors are “orchestra,” which outnumbers “mandolin” by 100 to 1 and “vocal” (by 200 to 1). These are not mutually exclusive descriptions, in fact, vocal recordings with orchestra and mandolin were common between 1900-1920; often in a classical/opera style – even when singing about “little Honolulu Lou.” In this January 1915 example, while Enrico Caruso catches his breath, hear how P. Bianculli’s mandolin strains mightily to get its tremolo solo heard over the wind orchestra section (around minute 2:50). Bianculli recorded with many other singers and orchestras, around the same time as Adolph and his friends had their picture taken. But I don’t believe they were aiming for this musical style and may not even have sung about Little Honolulu Lou.

This changed in the 1920s. Once electric recording technology (i.e. microphones) improved sound quality and equipment portability around 1925, record labels went on field trips to record rural artists and American folk. Companies recorded fairly indiscriminately as there were no standards or established marketing categories yet. This period provides the best window into how traditional or folk music in America sounded. The Carter family and Jimmie Rodgers, soon to be stars, made their recording debut when the Victor Talking Machine Company set up its equipment at the Taylor-Christian Hat and Glove Company in Bristol, Tennessee in 1927. Some of the printed labels on 78s used the terms “old-time” already, but more often descriptive terms like “vocal,” “string band,” “instrumental” were printed.

One of the best known first generation “old-time” mandolinist not mentioned in my first column was Ezra Ted Hawkins from Atlanta, Georgia. While he made his first recordings in the 1920s, he became influential through his mandolin playing on 1934 recordings with Gid Tanner’s Skillet Lickers. The Skillet Lickers were among the very first recorded old-time/hillbilly bands, but Hawkins can only be heard on the 1934 tracks. While Hawkins was a likely influence on the next generation of mandolinists, Bill Monroe claimed not to have heard of him. The Skillet Lickers’ Hawkins Rag is a great example of mandolin-driven string bands from that era.

The mandolin was also used as a backup instruments to singing, just strumming. Unless the mandolin plays a role as a lead or solo instrument, I was not interested in that. However, the duo of the two blind musicians Lester McFarland (mandolin) and Robert A. Gardner (guitar) deserve some mentioning – if only because they account for about 1 in 5 of all mandolin recordings in the 1920! Mac and Bob, as they were billed, sang old-time songs, not unlike the Carter family around the same time or a decade later the Bollick (Blue Sky Boys) or the Monroe Brothers. Many of the tunes that nowadays are classic bluegrass repertoire were first recorded by them: Midnight on the Stormy Deep, Are you tired of me my Darling. The printed labels on their Vocalian records usually said something like “Vocal duet with mandolin and guitar”, rather than “old-time” or “hillbilly.”