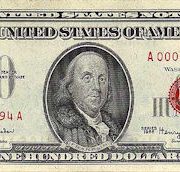 Being a musician is an honorable trade, but making a decent living is difficult. A very talented musician friend of mine keeps records of all the gigs he’s done. He recently reviewed his very first gig, playing with a band at a school dance in 1966. He was just a kid then, or at least that’s his story. Each musician in the band was paid $10. On a whim, he looked up what that $10 equals today. The answer was $79, more or less. Most bars/clubs that have live music with bands pay around $75 a man in the world I live in. In other words, my friend is making about the same money today as he was in 1966. Can you think of any other trade in the world that pays the same today as it did in 1966? Doctors? Lawyers? Now, I am not saying that musicians are more important than doctors and lawyers (though we all know that is true) but you can take any trade you can think of that existed in 1966 and still exists today and end up with the same concept.

Why? Well, there are lots of reasons. The main reason is that in 2019 there are vastly more ways to hear music, and vastly more ways to seek entertainment. If you were around in 1966 chances are that you only had about 6 or 7 television stations to watch. Recorded music really only came in one format, vinyl. The number of movies released annually in the US in 1966 would fit in several weeks of releases today. There’s a lot more fun stuff to do today, at least in theory. 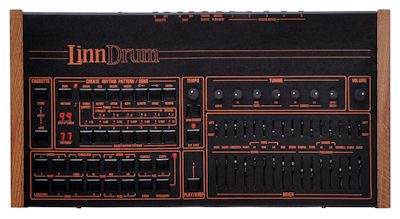 Although there are lots of venues, some areas feature less live music venues today than ever. There are more musicians today than there were in 1966, but arguably less places for them to ply their trade. DJs are very popular. Electronic tracks have replaced live musicians in a lot of areas, with bands sometimes being one player with machines providing harmony vocals, bass and drums. My personal taste for this type of live music is extremely limited. The use of looping at least allows you to see the musician play the part they are using, but my spin is I’d rather see and hear human beings. The invention of the Linn Drum Machine in the 1980s was supposed to end percussionist’s jobs forever. That did not occur for a lot of reasons, with the primary reason being that drum machines sounded like, well, machines.

Recorded music is also a poor way to make money. I recently got a direct deposit from one of the distributors that handles my recorded music sales. The last quarter of the year grossed four figures, which would be a lot more impressive if there wasn’t a period after the second number. The detail sheets run for pages and pages. Pages and pages of sales of $.02 and $.01 for digital downloads. It takes a lot of those to make four digits with a period in the middle, but luckily I had a few CD sales. These net me around $6.00 each sale. If I had to depend on music sales for food, I’d lose more weight than the 24 pounds the average Venezuelan lost last year. Imagine what it must be like to be a musician in Venezuela!

There is a silver lining to this story. If a musician is in it solely for the money, they are either in that top echelon of players who make big bucks or very sad looking at their bank account. However, most are musicians because they love music. Music is not something we choose; music chooses us. No one says we have to make money playing music, and no one says we have to play in public to enjoy music. But for those that do play in public and make recordings, it would be nice if there was a real possibility of making a living doing music. Sure, they are lots of musical folks that do make a living. But in the Americana/folk music world where I live, it’s about the hardest profession imaginable, shy of a real job. And it’s a wakeup call when you find out that musical artist you admire and whose music you love can’t afford medical insurance or a decent home. Forget about pensions, unless you are one of the few remaining union musicians. When I started performing, a good number of jobs and venues required union musicians. I cannot recall the last time I was asked to provide union staff. It certainly wasn’t in this century.

So maybe a career as a professional musician is not the best choice in 2019, but as I mentioned, music chooses us. There is some optimism to be held. With the popularity of Native American gambling casinos in the United States, a lot of musicians have a much wider field of play than in the past. Scores of popular 1966 bands have reformed due to the ability to expand their gigs beyond summer fair venues to include year round gambling casinos. Often these venues have an appreciation for both new acts and those from the sometimes distant past. I opened for the semi-psychedelic country rock band the New Riders a few years back. They had received a call from a promoter who promised a significant number of well-paid dates. All the band had to do was get along and play. And they did. Since Herman’s Hermits can sell out shows, there may be hope for all of us.

And there is a lot you can do to help. Support live music, buy recorded music and enjoy.