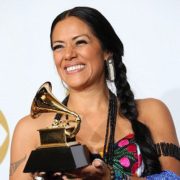 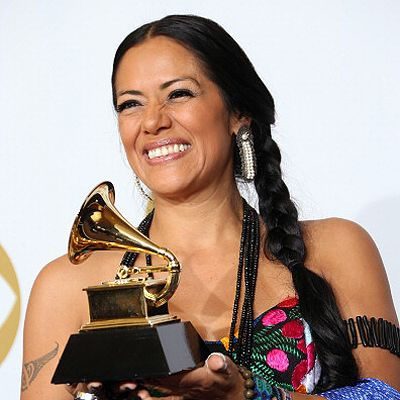 The Grammy have come and gone, with some interesting results in the categories that are generally of interest to FolkWorks readers. Here’s a short summary (a link to the full list appears on FolkWorks main page):

(congratulations to LA’s own Mariachi Divas, who were also nominated)

And a nice surprise in an unexpected category: Society’s Child: My Autobiography, Janis Ian

Along with those winners, here are a few familiar names of nominees: Carolina Chocolate Drops, Ry Cooder, Pat Metheny, Chick Corea, Don Williams, Paul McCartney… I can’t remember the last time there were so many nominees I’d actually heard of. They say that when economic times are tough we are drawn to nostalgic and familiar things. Sure seems like things have gone that way in music, and that’s just fine with me.

Farewell… All of Britain has fallen for the shanty singing of Fisherman’s Friends, a group of fishermen and lifeboatmen from Port Isaac. On Monday night as they were preparing for a performance in Guildford, Surrey, a metal door somehow fell, landing on both Paul McMullen, the group’s tour manager and Trevor Grills, one of the featured singers. McMullen was killed instantly, and Grills died the following day. Fisherman’s Friends have not, as of late February when I’m writing this, made any statements as to the future of the group.

Once again, the Celtic Connections festival has come and gone. This year, we decided to do things a bit differently… we skipped all of the concerts in the big venues and concentrated on the ones in smaller places. For the most part, this meant going to hear artists we weren’t very familiar with, some chosen simply on the basis of their bio in the schedule. It was a good decision. All of the venues were excellent – the theatre in the Glasgow Library, the function room in the beautiful old Art Club, the small concert hall in the Piping Centre. And we heard some outstanding music. On top of my pick list is The Halton Quartet, who are actually a combination of two duos. Their music may not be to everyone’s liking… it’s a sort of Celtic/Jazz/Classical fusion, but I loved them. Another favorite was The Hannah Fisher Trio. Now, I’ll be honest… I bought the ticket because Hannah is a graduate of the school where I assist with the traditional music bands. But old school loyalty had nothing to do with the pleasure I got from listening to this band of gifted musicians. They don’t have a CD yet, but I hear that there’s one in the works. Stay tuned.

And then there were The Dardanelles, from Newfoundland. I can’t remember ever seeing a band having so much fun playing music. And the audience was right there with them. Their sound is very traditional, the individual musicians are all brilliant, but best of all they are a band, and their photo should be in the dictionary next to the word “synergy.” So many bands today are brilliant, but made up of musicians who play in three or four top groups. The Dardanelles are musicians whose first commitment is to the group—and it shows.

And finally, a word about someone special. Elsewhere in FolkWorks, you’ll find a tribute to Chris Caswell. Many of you who read this will have known Chris, perhaps from Lark Camp or through his piping or harp building, or any of the other things he did better than almost anyone else. Chris was a dear friend, but I first knew him as a teacher and he remained a teacher to me long after we became friends and even into that state of suspended friendship that occurs when you haven’t seen someone in ages but you know they’re there.

The best way I can think of to honour his memory is to share something that he taught me, so in that spirit I’d like to suggest that you find a copy of a wonderful book. It’s called The Listening Book: Discovering Your Own Music, by W.A. Mathieu. It’s a book that Chris recommended, and I promise that it will have a profound effect on how you hear, write and play music.