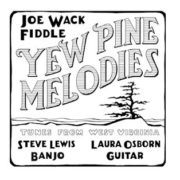 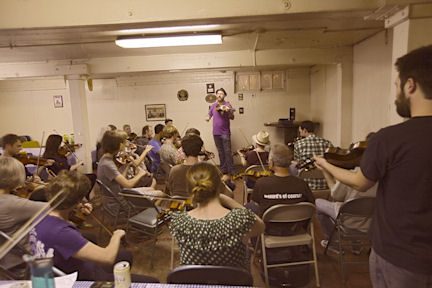 As predicted, this year’s Los Angeles Old Time Social was bigger and better than the last! It was graced by the presence of so many great musicians this year! Workshops, dances, parties and concerts featured the talents of Jesse Milnes & Emily Miller, Paul Rangell & Emily Abbink, Bob Carlin & Dan Levenson, Tom Sauber, Sausage Grinder, King Baby and many others!! The number of workshops were increased this year with a massive turnout! Two great CDs were officially released at the Social: King Baby’s Oysters & Clams and Joe Wack’s Yew Piney Melodies. Both CDs offer a wide variety of old time fiddle tunes that reflect repertoire from many parts of the country, including West Virginia, Kentucky, Mississippi, North Carolina and Tennessee. These collections also give the listener a clear idea of the types of tunes and playing that one can find at any old time jam in the greater Los Angeles area! Go LA! 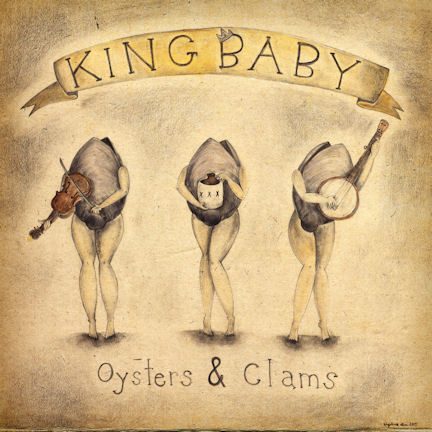 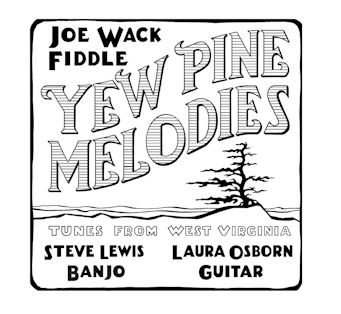 This year I taught a workshop featuring tunes from Kentucky and Pennsylvania. The first tune, Old Christmas, many of us have heard from Bruce Greene’s masterpiece Five Miles of Ellum Wood. He learned this tune from the playing of Kentucky fiddler George Nicholson. Recently, Bruce Molsky visited my Old Time Tiki Parlour and played a rendition of this tune that really captured my interest. Today’s column will feature an audio lesson of this very tune taught in GDGD tuning. The other tune is a wonderful, bouncy standard G dance tune called Old Sharon that I picked up from home recordings of the Pennsylvania fiddler Harry “Tink” Queer. What a name! It is related to a variety of tunes, often with similar titles, that are played throughout Georgia, Alabama and Florida. How it made its way up to “Tink” is somewhat of a mystery! Enjoy!!