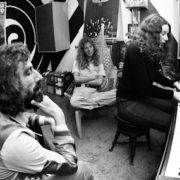 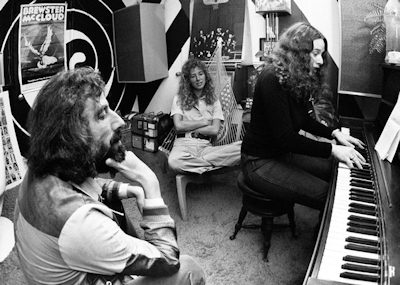 I host a regularly scheduled radio broadcast of “Roots Music and Beyond” on the third Saturday morning of each month from 6am to 8am on Pacifica Radio KPFK90.7FM Los Angeles (streaming live at the same time and also archived at www.kpfk.org). I feature songs written and performed by some of my favorite artists, folks I’ve met along the way, many from the wonderful current southern California pool of musicians and creators – old favorites alongside fresh and new talent. Those of you who read this column are always invited to listen in and to offer your comments and suggestions to me at art@artpodell.com. I can’t promise that I will play all the music offered but your input will always be welcome.

Author’s note about today’s column: What follows is a reminiscence from a simpler and more innocent time and I thought a moment of surprise and discovery from the past might help balance the intense laser focus with which we are forced to examine current events. Stepping back into an easier time always refreshes. The current media fascination with Laurel Canyon prompted this memory to surface and reconnect me with one of my oldest and dearest friends. I hope she smiles when she reads this. 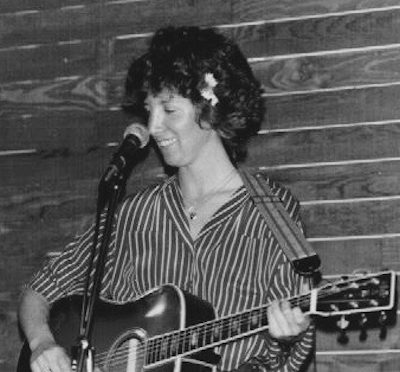 Turn left at the Canyon Country Store and you are on Kirkwood Drive. That’s where she lived. Up about a quarter of a mile on the left. We made the trip often. After our shows at the Troubadour late, or just because. Just because.

She was easy to be with – spontaneous smile and an even-handed friendship. The two of them showed up one night at the back door of the Troubadour. Toni, with her easy smile, and her constant companion Billy, a blonde waif with the look of mischief about her. Barry McGuire and Billy immediately attached, while Toni and I stood back and watched, happy just to be friends. Folk singing according to us was pretty innocent. We weren’t into drugs or alcohol. We were into the excitement of the folk music explosion in L.A., our popularity in Los Angeles and the potential of what lay ahead made our paths magical. Every moment was a scene from the movie of our lives.

The late nights after the Troubadour were the best. We’d end up in Toni’s little cottage house on Kirkwood Drive. I wrote a song about it a couple of years ago.

Cross legged on the rug

guitar across my knees

painting shadows on the trees…

That describes it. We’d end up after our show sitting on the rug. I’d be singing songs that I had written and the folk songs that I had loved forever. Toni and the gang would sit and listen. Then Barry would sing a song. Somehow, I always seemed to linger after everyone left. Toni would make some tea and ask me if I’d like to see her poetry. Did I mention that Toni was a poet and an artist? Well she was. She was fresh out of high school and she had memorialized the travails and victories of a teen-age girl in her poems. I’d watch her go into her bedroom and emerge a minute later with a large beige manila folder and spread the contents across the floor. Her poetry most often dealt with the first blushes of teen awareness. You know…love poems…poems of attraction and rejection…

Time takes its slice of reality and things move on. I moved on to traveling on the road with our group, The New Christy Minstrels, and Toni moved on to the life of a young girl in the Los Angeles world of artists, poets and musicians.

I remember stopping by one day to visit Toni and she showed me some of her newest writing efforts. I recognized the style immediately as classic Toni – ‘teen-age’ but sophisticated enough to impress any English teacher who had a sense of rhythm and tempo. One poem (or lyric) stood out and made an impression. It had the type of rhythm lots of Dylan’s lyrics had. This was during the days when Dylan’s songs ruled the airwaves and had captured the souls of America’s youth. You know, a sing-songey lyric that relentlessly focused on one rhyming sound over and over.

Once upon a time, you looked so fine, etc.

Of course, I thought nothing more of it. It was one of the many poems that Toni had been showing me over the years and neither of us had changed that much during the time between those Troubadour days and the present.

As days and years moved on, the music scene moved with them as things inevitably changed. My group’s stardom was fading slowly in favor of the new Folk-Rock movement, and for those of us who didn’t make the transition – I being one of them – we had to seek other avenues of employment and diversion. I chose to lay down my guitar and enter the world of commerce and all that goes with it. A house, a family, a job. Yes, I said it. A job…. If you must know the truth I ended up pretty decently.

Imagine my surprise some ten years later, while driving the snaking snarl of the 405 Freeway home to the San Fernando Valley from my job in Santa Monica, when a song leapt from the radio of my fancy German car and smacked me. I had never heard the melody before, but I recognized the singer and oddly, the lyrics. I turned the radio up to maximum level as I came down the hill headed for the 101 West, and by the last chorus – I knew. That was Toni’s poem. For sure. It was her style, her words – the hand that had written all those poems that I had enjoyed as a young folksinger in Laurel Canyon had certainly written the words to this song.

I knew right then that my innocent friend Toni had touched the sun and found greatness. There was no doubt in my mind and the subsequent months proved me right as national and international disc jockeys played Toni’s words and Carole’s melody over and over again while record sales climbed and climbed.

Though we really did try to make it….

I saw Toni recently. Still the same sweet gal I always knew, happy to be a friend and happy to be alive, still writing her poems. She’s on her third book of poetry now and each poem of hers that I read takes me back up Kirkwood Drive to the little cottage and the scattered pieces of paper on the rug.