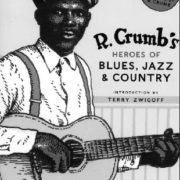 For years I’ve loved folk art, old-time music, and comic books. As 2006 came to a close, these three interests served as backdrop for an intense December involving travel, peeling skin, visits with old compadres and two unexpected deaths of friend and kin. It’s been one of those months. 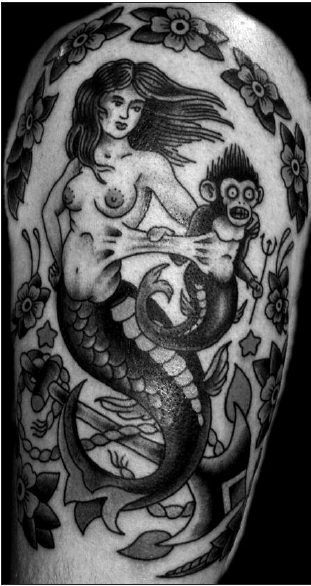 I’ve always wanted to travel to Portland, OR. It’s a new hub for old-time music. There are countless bands playing energetic old-time music for a new generation of listeners and square dancers. In mid-January, the Portland Old-Time Music Gathering brings in banjo and fiddle players from around the country for jamming, dancing, workshops, etc. I’d love to go. I, however, visited Portland in December. I heard about an accomplished artist who resides there named Scott Harrison. He’s also a clawhammer banjo player.

Scott is a practitioner of a certain folk art that often conjures up many wild and scandalous images as well as polarized reactions, depending who you speak to. Like many hardcore fiddlers and banjoists, he has great interest in researching the old-timers of his craft. He’s lived around the country studying and practicing the art of old-time American tattoo. He recently completed a documentary which showcases interviews with some of the masters. He has also developed a personal style that is well known throughout the art and tattoo community. I felt like I was in a parallel universe while talking shop with him, until “[email protected]#&*%.” The machine buzzed and pierced my pale canvas with an unforgettable sensation. As Scott spent six hours needling an image of a Siamese mermaid/mer-monkey into my skin we talked about contemporary old-time music, carnival tattoo artists and banjo legend Hobart Smith when I wasn’t gritting my teeth. I was very surprised to learn that he illustrated the arm of eccentric Chicago banjo player Steve Rosen. Scott had given him a tattoo depicting the famed Kentucky banjo/fiddle duo Burnett and Rutherford. 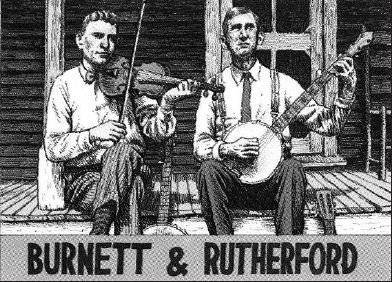 It was based on a famous photo of the two masters. One of my favorite illustrations of this Burnett & Rutherford photograph has just re-surfaced in a new book by underground comic artist/old-time musician Robert Crumb. I had just acquired R. Crumb’s Heroes of Blues, Jazz & Country a few days before the Portland trip and was admiring a beautiful reproduction of this illustration while wondering who had inked Steve Rosen’s tattoo back in Chicago. Oh the irony…

This 240-page book contains exquisite colored drawings and paintings of familiar and obscure blues musicians, country artists, and jazz pioneers. Each picture is paired with biographical text about the artist penned by Stephen Calt, David Jansen, and Richard Nevins. It is a must own for anyone interested in old-time music, history, art, americana, or comic books. It also comes with a 21-track CD featuring some of these artists. The book begins with an introduction by film director/record collector/musician Terry Zwigoff. Zwigoff offers an insightful glimpse into how and why Robert Crumb did these pictures. I own smaller reproductions of these illustrations because they were released a number of years ago as three collector’s card sets. They are in print again but the larger format of this hardbound book is far superior. The CD doesn’t hurt either.

As stated earlier, December was a wild and intense month. I found myself listening to these tracks and pondering the pages as I thought about old-time music, traditional tattoos, and the death of loved ones. Each December I reunite with old friends from Illinois, North Carolina, and New York to play music and share ideas. I bought each of them a copy.

David Bragger is a Los Angeles-based instructor and player of old time fiddle and banjo music. He also photographs, films, and collects the lore of traditional artists, from puppeteers in Myanmar to fiddlers of Appalachia