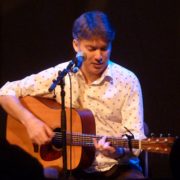 I HAD NOTHING TO SAY! 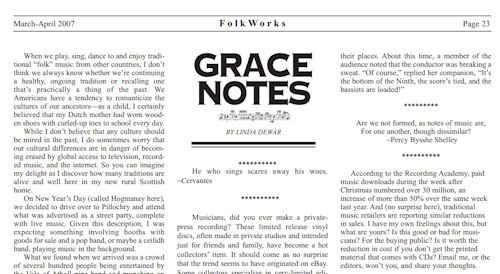 Can you believe it? I was amazed to note that this column marks the start of my twelfth year writing for FolkWorks. Back when I started it was still a physical, printed broadsheet that was available at venues, cafes and music shops all over the Los Angeles area. A few weeks after the column was submitted, I would get a call from the publishers, drive to their house, pick up a trunk full of bundled papers and distribute them along a route in the Burbank area.

The Scottish Trad Music Awards ceremony was held a few weeks ago. There is nothing in the U.S. that I can compare it to; it’s a bit like the Grammy awards, but not limited to the recording industry. This year the award ceremony was televised live for the first time on BBC Alba, the Gaelic Language channel, and it looks as if the live coverage will be continued in the future.

Na Trads, as the awards are known in Gaelic, cover a wide spectrum of the country’s trad music scene, which means that there are equal opportunities to honor both the present and the future of the genre and it’s not unusual for the nominees in a single category to represent vastly different styles. But the diversity exists within a very broad scope of crossover and acceptance.

For example, this year’s Album of the Year award went to the album Grind, by The Treacherous Orchestra. It’s hard to define their sound—the band includes some of Scotland’s finest instrumentalists including fiddlers Adam Sutherland and Innes Watson, piper/whistlers Ross Ainslie and Ali Hutton, banjo legend Eamonn Coyne, accordionist John Sommerville… and quite a few others. They are all members of other bands that play fairly traditional style music, but when they get together as the T.O. they play big, loud and almost-rock, while still keeping to trad origins. Meanwhile, the aforementioned Ross Ainslie also won the award for Composer of the Year; not for his raucous work with the T.O., but primarily for his history of composing whistle and pipe tunes and for his new direction into writing and singing songs. 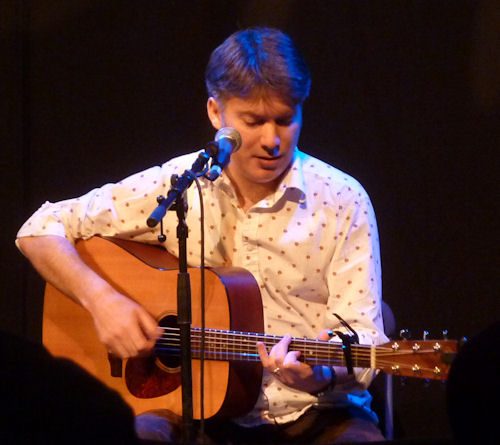 Then there was the award for Gaelic Singer of the Year, which usually honors someone with a traditional style who has had a particularly productive year. Not this year, though… this time, it went to Griogair Labhruidh, who has been blazing a rather unexpected trail as a Gaelic Rapper! Yes, I know… but it actually works. The cadence of the Gaelic language actually lends itself to the rap beat. And I found it particularly interesting and reassuring to note that the positive audience response came from people throughout the hall, young, old, traditional and innovative.

Actually, I think that’s why this sort of musical evolution is working so well in Scotland. There is no (or very little) them-or-us opposition involved. In many cases, the same musicians are playing both the new and the old. There is mutual respect among musicians of all styles, and as for the public it seems as if there is a real appreciation for all styles, as long as the writing and performance are up to the usual high standard.

Cultural Sabotage…when Hassan Rouhani became President of Iran, musicians were pleased to note that his attitude toward music and public performances seemed to be more lenient than the previous regime’s. That may still be true, but in spite of this policy there has been a significant increase in the banning or closure of concerts and other musical events.

Numerous incidents have been reported of official-looking authorities arriving at venues and preventing performances from going forward. In one case, the Tehran Symphony Orchestra was preparing to play the national anthem at a stadium sporting event when the conductor was approached by “authorities” who were unknown either to him or any members of the orchestra. He was told that female musicians would not be allowed on the stage and the unknown men actually blocked the way. The conductor told them that this was not possible, and in the end he cancelled the performance.

In other incidents musicians have been turned away by similar unknown “authorities” and given vague explanations like security risks.

The general assumption is that these closures are an attempt by his opposition to discredit the President. Musicians and their sympathizers have begun to demand that he intervene and put a stop to the interference. So far, there has been no comment from President Rouhani.

A few gems from the great Victor Borge:

“In my youth, I wanted to be a great pantomimist — but I found I had nothing to say.”

“Did you know that Mozart had no arms and no legs? I’ve seen statues of him on people’s pianos.”

“Ah Mozart! He was happily married — but his wife wasn’t.”

“Beethoven wrote in three flats a lot. That’s because he moved twice.”

I FOUND I HAD NOTHING TO SAY!