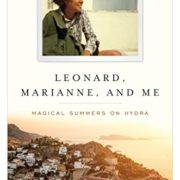 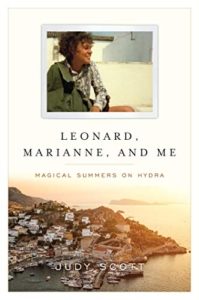 For every artist, and perhaps for every person who isn’t, there are places where they have left a piece of themselves and where singular events occurred.  Places where people connected in ways they never connected before and where events occurred that they somehow know will never occur again in the same way. The place may be a country, a city, a neighborhood. Wherever it may be, a part of them, us, still lives there.

For me, it is several places beginning on the misty streets of Greenwich Village New York in the mid and late fifties where small folk music venues struggled to survive and became magnets for any would-be folksinger who wandered into New York City.  My journey stretched From Greenwich Village, across the country with memorable stopovers along the way, each with its own aura of magnetic attraction. I finally landed in Laurel Canyon in Los Angeles in 1961. I maintained a residence there for ten years. 1961 was before Laurel Canyon became the “in” place memorialized today by social media, books, events, museums.  Laurel Canyon in 1961 was where a small gang of eager folk artists and the community of their devoted followers, lovers and friends gathered around coffee tables, wandered down the hill to small clubs and coffee houses, loved, talked endlessly into nights until dawn, played and listened to the songs that were defining an era as they discovered and parsed what was to become the avalanche of folk music and later, the so-called ‘folk-rock’ that was to wash over the country and the world.

I’m sure many, if not all of us have experienced something similar, and there are places where a part of us is defined and imprinted with events and memories that become part of the fabric that defines us.

For Judy Scott, it was the idyllic island of Hydra, off the coast of Greece. In her recent book “Leonard, Marianne, and Me,’ published this year by Backbeat Books, she paints a picture of a period spanning roughly 5 or 6 years when she visited Hydra as a young lady, met and spent time with a community of artists and friends, including the wonderful Canadian songwriter/poet Leonard Cohen, his companion and muse Maryanne, who spent their summers on Hydra during that time. The book is deserving of a close read by Mr. Cohen’s fans and provides a peek and insight into the free and easy culture of a charming Greek Island habituated by those who could afford to luxuriate there, and the gathering of men and women, artists, writers, and musicians, who floated in and out of that heady society. Central in the book is Leonard Cohen, who spent his summers there.  A society of haves and have-nots who flowed into and out of each other’s lives. Ms. Scott comments in her book that “”Hydra in the late ’60s and early ’70s was at its creative zenith. Like Paris in the ’30s, Harlem in the ’40s, Greenwich Village in the ’50s, San Francisco in the ’60s—Hydra in the ’70s was the place to be.”.

It is one person’s saga, but it touches everyone who has experienced the quiet thrill of knowing that they are creating time and not merely marking it.

Throughout, glimpses of Leonard Cohen, his generosity and willingness to co-exist with his community of artists as an equal and not upsetting the equilibrium. The book contains references to individual songs that circle back to the artist and become part of the fabric that defines and motivates. “Bird On A Wire” is an example of life becoming poetry and poetry becoming life.  The author describes a time when Cohen was considering moving from Hydra because his inspiration for songwriting was waning.

The book is a deep dive into the world of an artist in his time. For fans of Leonard Cohen, it is a most worthwhile read.

At this writing, an interview with Ms. Scott is in the works for our radio show at KPFK.

And so it goes on. Each of us can name places along our journeys that have left indelible markers. Strategically placed switches that are implanted somewhere deep inside and when the right street is passed at the right moment, the hand mysteriously moves to turn the steering wheel and for a moment a street that is bathed in memory beckons just up ahead.

To this day, Judy Scott returns to Hydra periodically. Like me, she probably can’t help it.

Hydra and Places Pinned To The Heart