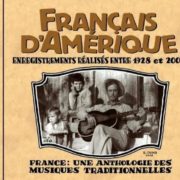 How the French Do It 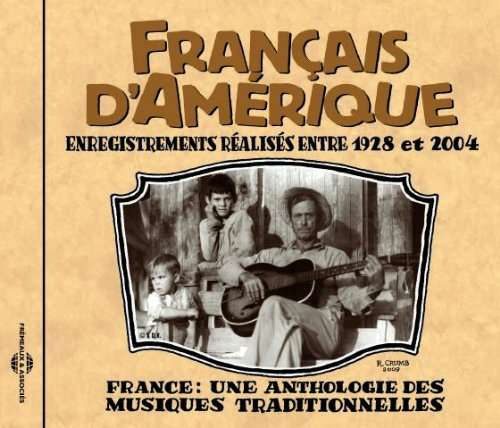 When the anthology CD Francais d’Amerique arrived by mail last year, I was delighted to discover a label that specialized in folk music with a French connection. It turns out I discovered much more.

I had contacted Frémaux et Associés after having read about their 10-CD anthology of French folk music in RootsWorld. It made sense that they sent me a sample that dealt with French musical influence in North American folk music. Leafing through the Frémaux catalog, I was bowled over. This is a major world and vintage music label!

Français d’Amérique: Enregistrements entre 1928 et 2004 (The French of America: Recordings between 1928 and 2004) demonstrated to me the care taken by the curators, sound engineers, and editors working for Frémeaux et Associés. The CD offers an ear-pleasing variety of material from Québec, New Brunswick, Maine, and Louisiana–a cappella ballads handed down across the generations, energetic reels on the violin, some piano and banjo numbers, a reel played with surprising vigor on the “Jew’s harp,” known in French as the much more cultivated-sounding guimbarde. Many were recorded in musicians’ homes by folklorists and private collectors. Some are performances from folk festivals such as the vast Smithsonian folk Festival in DC and more modest Brandywine Festival in Delaware. Regardless of the sources, the audio levels remain well-balanced and extraneous noise is minimized. For example, La grande guigue simple played by violinist Louis “Pitou” Boudreaux in 1974 picks up just enough of the musician’s foot-tapping to give the recording a warm immediacy. I believe this is due to Frémeaux sound engineering and not just the original recording work.

In an age of downloading MP3s, the art of creating informative liner notes may be fading. I appreciate the care Frémeaux takes with them. Notes for Français d’Amérique name the individual(s) who recorded each piece in the field, and give the exact date and city/town where it took place. They contain fascinating historical background, pertinent biographical information on the musicians, and commentary on new genres and playing styles. Although the commentary on individual tracks appears in French only, the meaty background articles dealing with the Français d’Amérique CD and the entire France anthology appear in English translations.

But are we talking about a recording company of interest mainly to Francophiles?

In addition to French musical and spoken word material, there are musical selections drawn from a wondrous diversity of cultures and styles. The Anthologie des Musiques de Danse du Monde is a collection of 20 discs compiled by specialists in such diverse dance domains as waltz, tango, and cha-cha-cha. While some releases cross borders in this way, others are a reflection of specific history and culture– The Red Army Chorus, Boogie-Woogie Piano,Vol.2, 1938-1954, and Fiddlin’ Ian McCamy and his Celtic Revelers:The Drunken Landlady. One of my favourite Frémeaux releases is Buenos Aires 1965-1975: Oscar Aleman; I adore the improvisations the Argentinean jazz guitarist does on Bei Mir Bist Du Shayn.

To learn more about the Frémeaux label, I found on the official website a lengthy 2008 essay by Patrick Frémeaux and Lola Caul-Futy Frémeaux articulating the mission, philosophy, economic plan, and current direction of the company. (I would expect no less from the French!)

Founders Patrick Frémeaux and Claude Colombini started their enterprise 20 years ago in order to preserve and disseminate the “audio heritage” (patrimoine sonore) of the world, encompassing music, spoken word, and environmental sounds. They cite writer-philosopher André Malraux’s position that rather than moving toward a global culture, it is necessary to promote the coexistence of diverse cultures. Such an undertaking requires a commitment to high quality recording practices and a network of productive relationships with cultural institutions that will make use of and/or contribute their expertise to various projects. Frémeaux has both. For instance, the Français d’Amérique CD achieved its high-quality with the participation of partners such as the University of Louisiana in the US, Laval University in Canada, and the Fédération des Associations de Musiques et Danse Traditionelle in France.

Included in the Frémeaux audio cornucopia is a continuing series of recordings for children–not only thematic collections such as Songs of Summer and recordings of literary classics for various age groups, but also sounds recorded to document the “bio-acoustic heritage” of the world. Think I Discover Birds.

For its editorial and cultural heritage work, Frémeaux et Associés was awarded in 2001 the Grand Prix in Honorem by the Académie Charles Cros. The website proclaims proudly that this was the first time a record distribution company had received this distinction. I can’t help picturing a solemn French academic in a well-appointed suit kissing each of the two businessmen on each cheek before bestowing some sort of trophy.

Despite its altruistic mission, Frémeaux is a business. How does it survive? Rather than approaching government and charitable organizations to pursue this mission, the company embraces a model of enlightened capitalism. The company reaches out to niche markets around the world, offering payment options that can work with various currencies and shipping practices that are cost-effective and highly reliable. The sale of some 100,000 units of their Django Reinhardt series is one example of their successful marketing strategies.

If the above intrigues you, visit www.fremeaux.com. Don’t be intimidated by the French. To browse the new releases, go to Nouveautés. On 4/15, the page tempted me with Jimi’s Colors (a tribute to Jimi Hendrix), The Best Small Jazz Bands 1936-1955, Musiques Cubaines (four CDs with an 80 page booklet), and L’Etranger (The Stranger) read by author Albert Camus in a landmark 1954 recording.

Why (on earth) L’Etranger, you ask? Eh bien, in the Los Angeles area there isn’t much you can do with a degree in French language and literature. Such acquisitions are a sweet consolation now and then.

How the French Do It